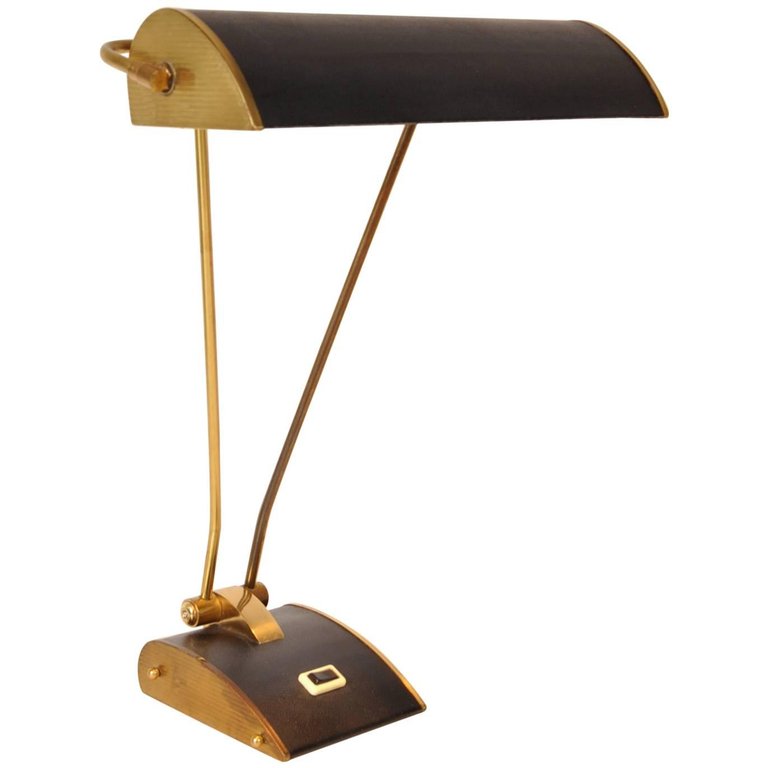 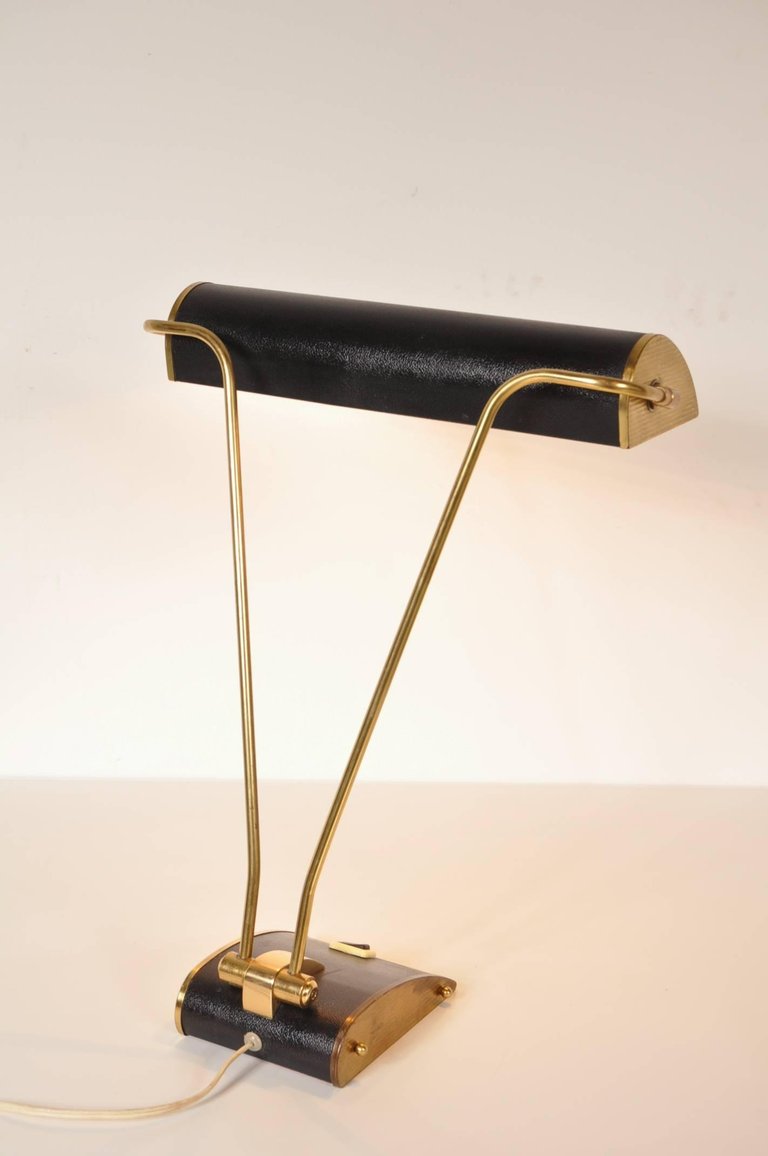 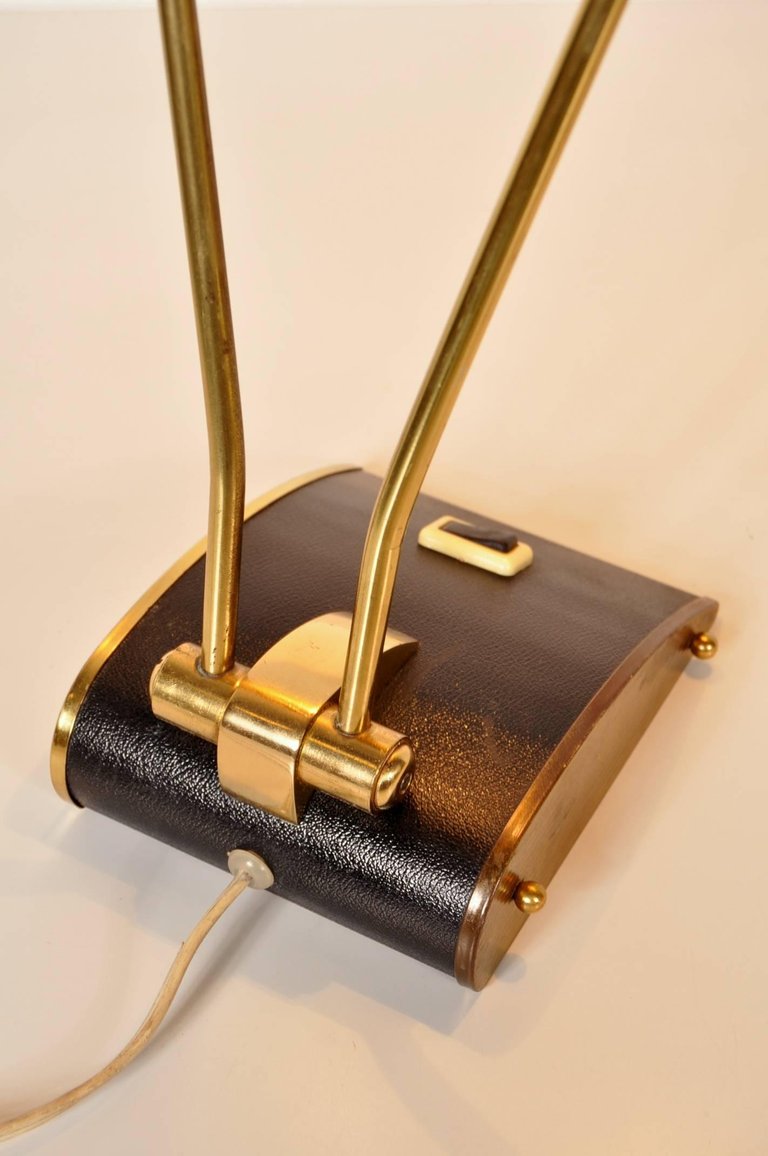 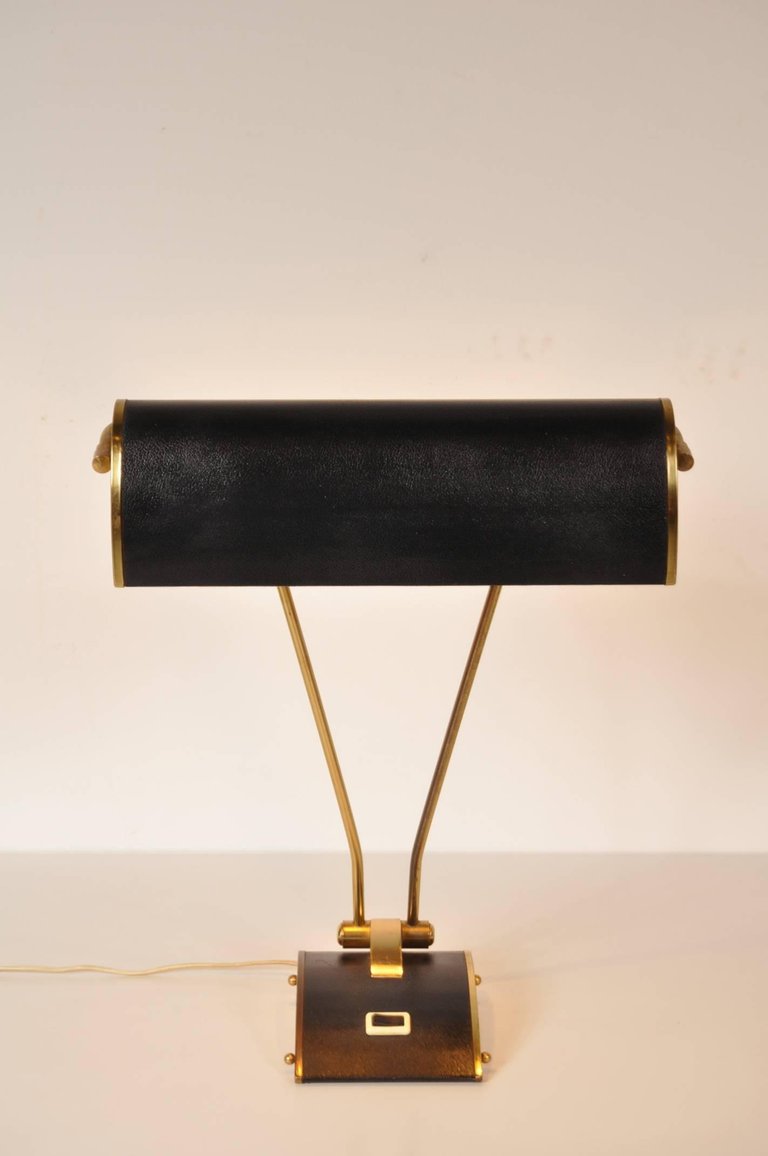 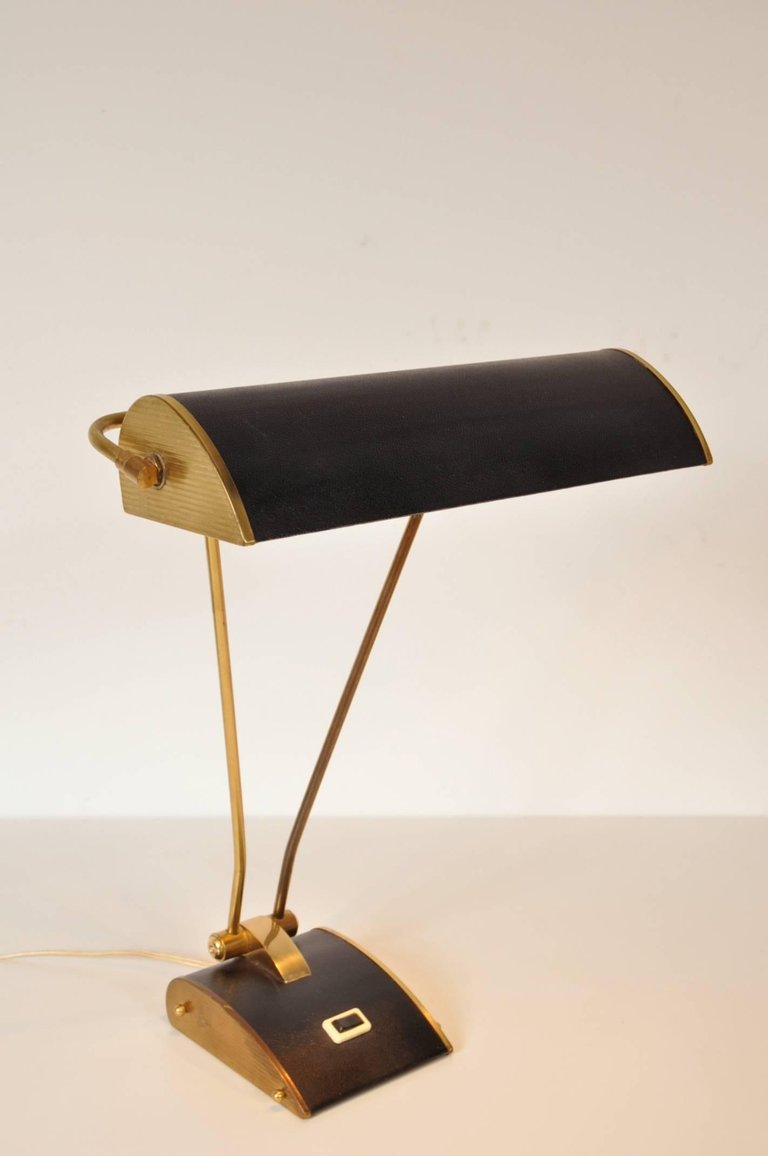 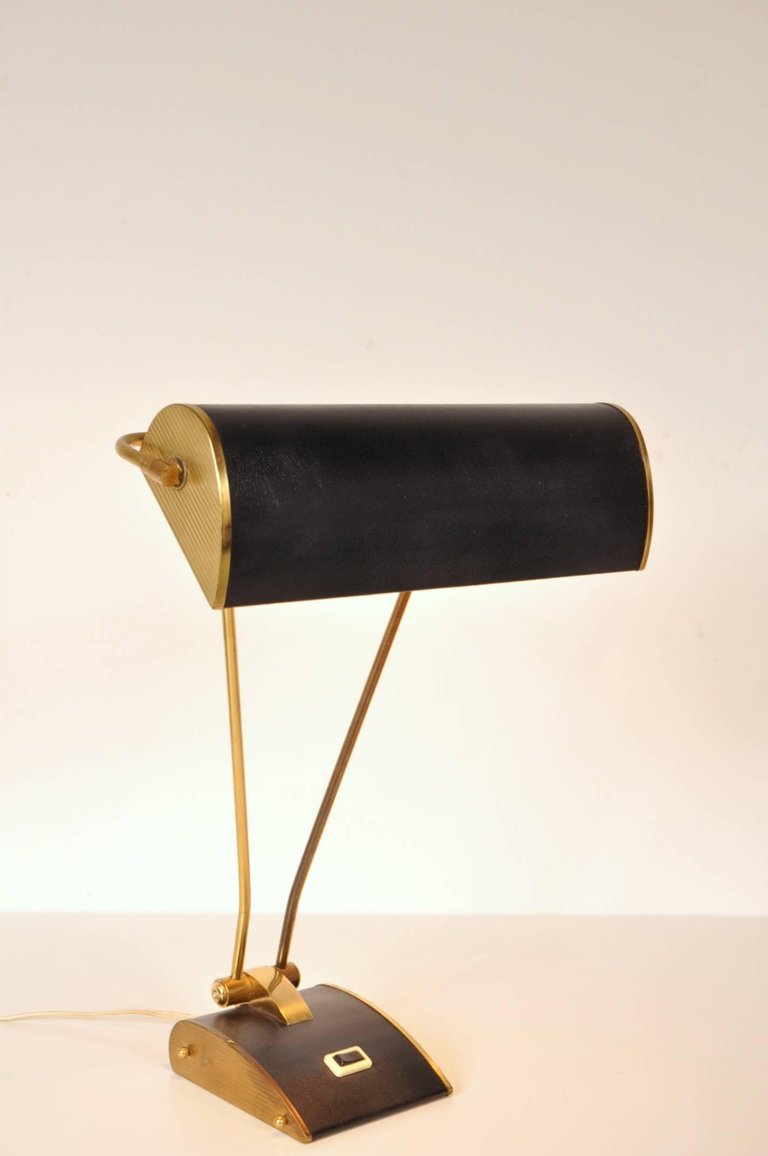 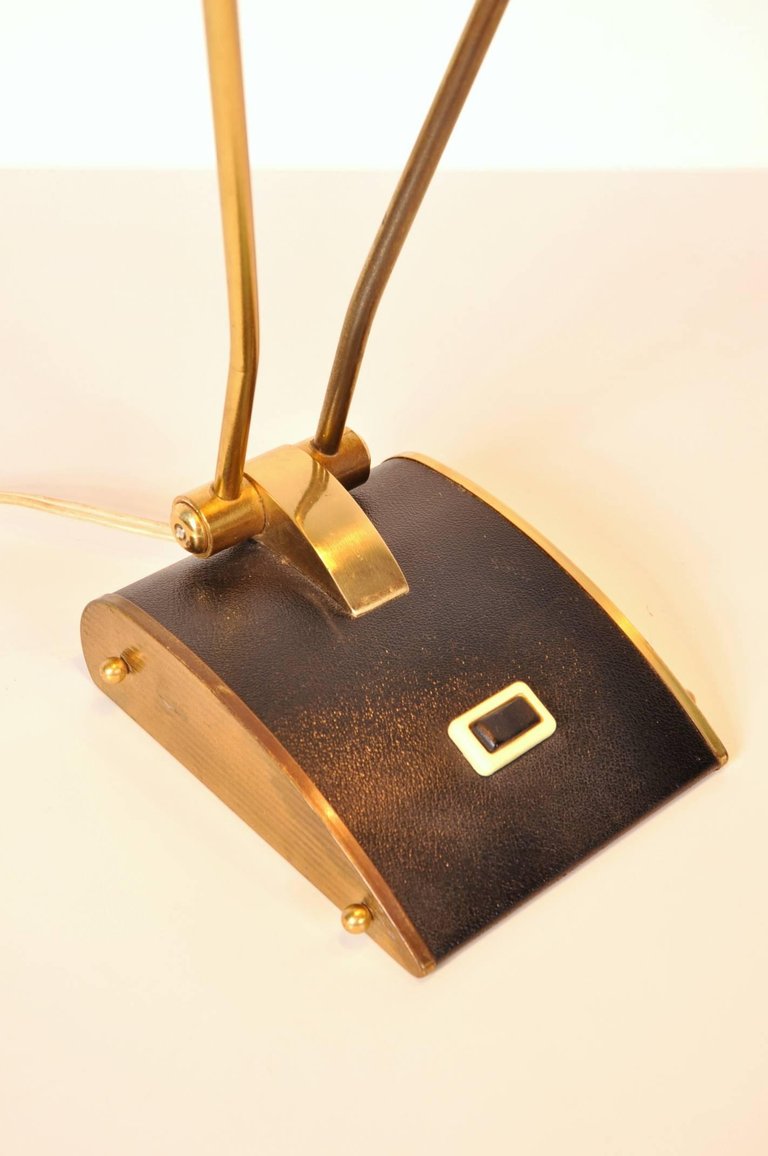 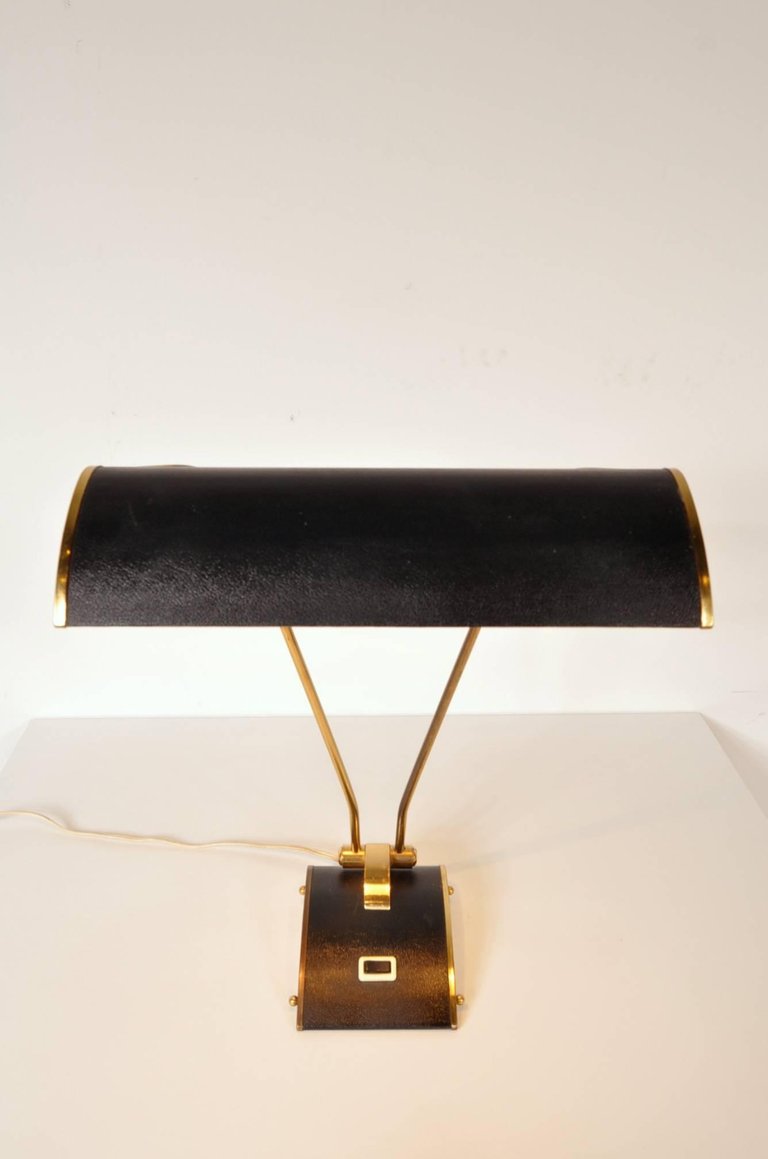 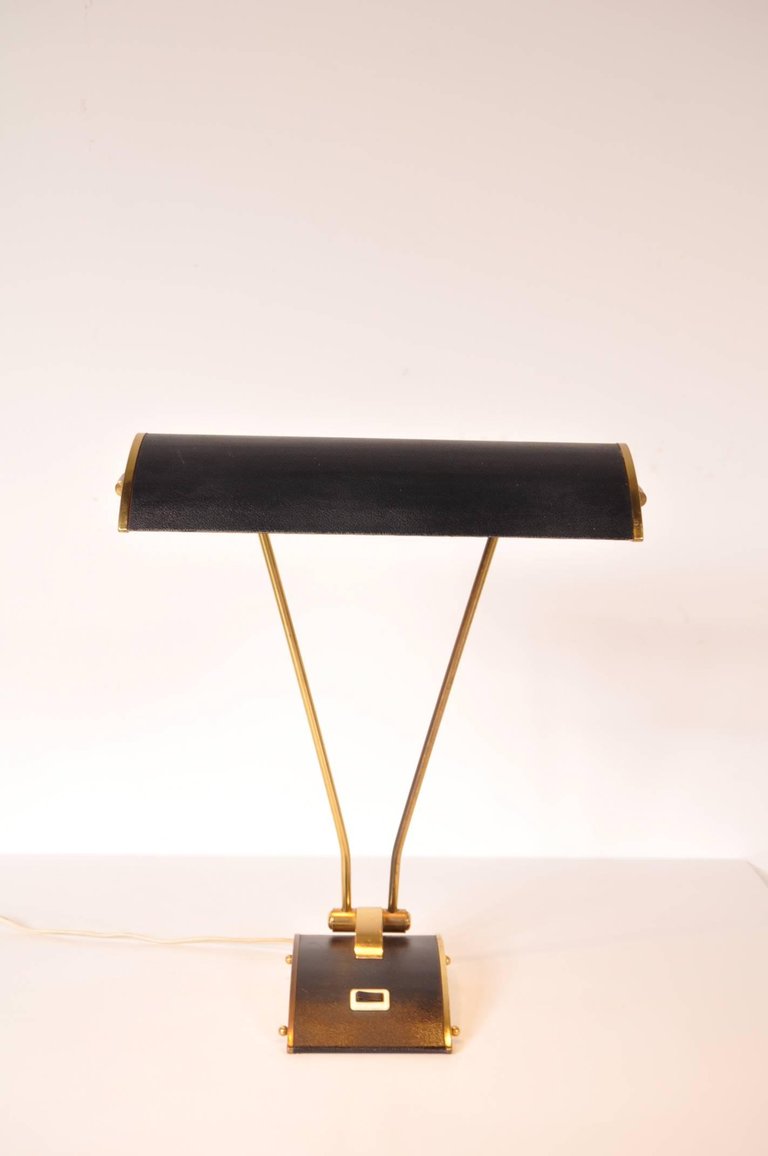 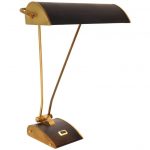 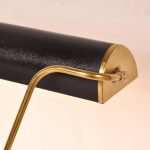 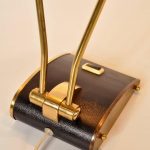 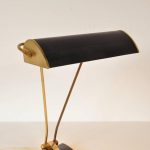 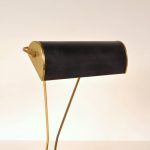 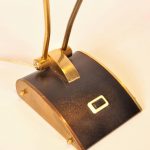 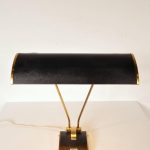 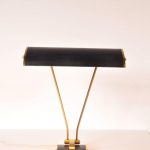 Beautiful desk lamp designed by Eileen Gray, manufactured by Jumo in France, circa 1940.

This eye-catching Art Deco lamp is made of beautiful quality brass with black metal at the base and hood. This is a rare edition with a smooth finish to the metal and a detailed finish to the brass, giving it a very luxurious appearance. It would truly stand out in any interior.

Kathleen Eileen Moray Gray (9 August, 1878-31 October, 1976) was an Irish furniture designer and architect and a pioneer of the Modern Movement in architecture.
In 1898, Gray attended classes at the Slade School of Fine Art, where she studied painting. While there, she met Jessie Gavin and Kathleen Bruce. In 1900 her father died and she went on her first visit to Paris with her mother, where she saw the Exposition Universelle, a World’s fair that celebrated the achievements of the past century. The main style at the fair was Art Nouveau and Gray was a fan of the work of Charles Rennie Mackintosh which was on exhibit. Soon after, Gray moved to Paris along with her friends Gavin and Bruce from the Slade School. She continued her studies in Paris at the Acade´mie Julian and the Acade´mie Colarossi. For four or five years after the move, Gray travelled back and forth from Paris to Ireland to London, but in 1905, due to her mother’s illness, she settled back in London. She rejoined the Slade but found her drawing and painting courses were becoming less satisfying.
Gray came across a lacquer repair shop in Soho, in London, where she asked the shop owner, D. Charles, whether he could show her the fundamentals of lacquer work, as it had taken her fancy. The owner had many contacts from the lacquer industry and when Gray moved back to Paris in 1906 to an apartment where she remained for much of her working life, she met one of them, Seizo Sugawara. He came from an area of Japan known for its decorative lacquer work and had emigrated to Paris to repair the lacquer work exhibited in the Exposition Universelle. She found after working with Sugawara for four years that she had developed lacquer disease on her hands, but she persisted in her work and it was not until 1913, when she was 35, that she exhibited any of her lacquer work. When she did, however, it was a success.
In 1914, when World War I broke out, gray moved back to London, taking Sugawara with her.