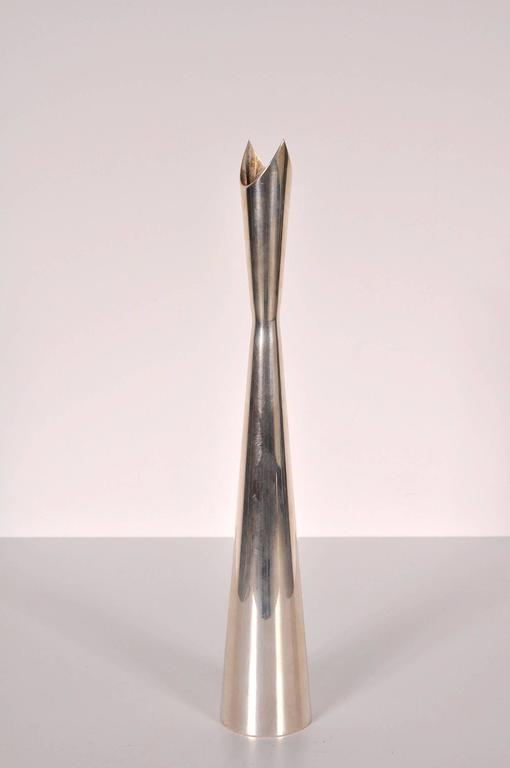 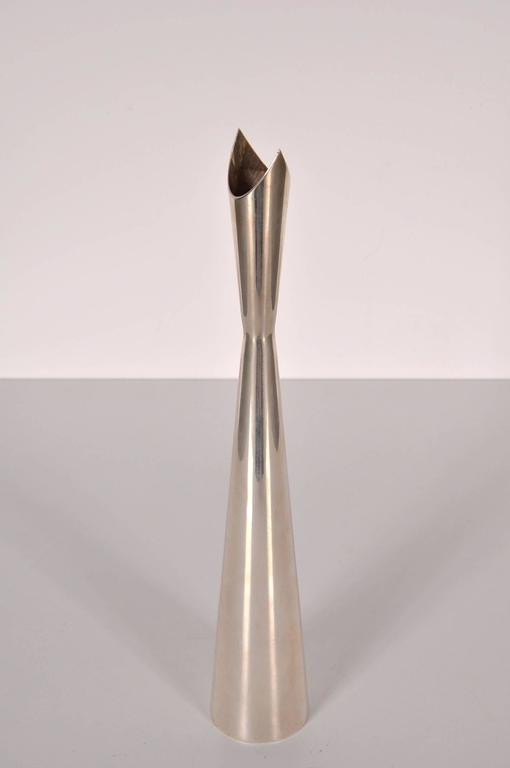 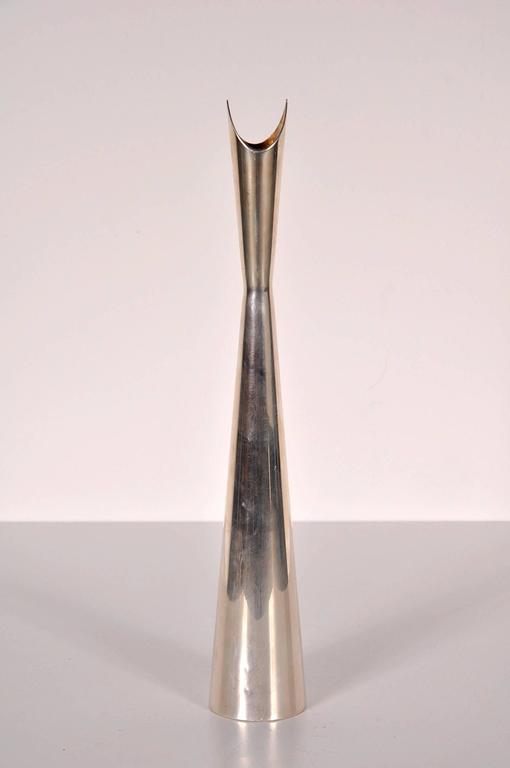 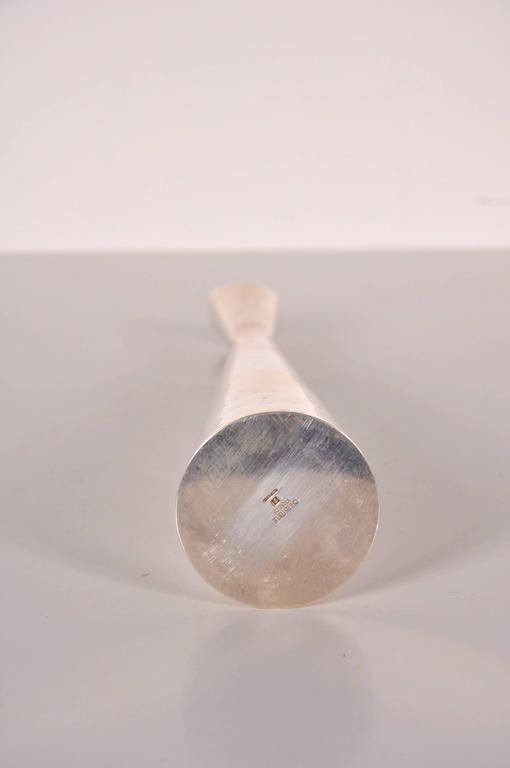 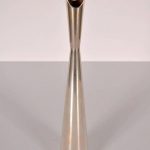 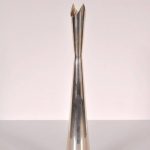 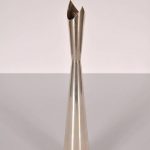 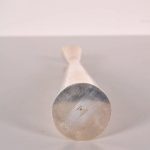 Stunning “Cardinale” vase designed by Lino Sabattini, manufactured by Christofle in France around 1950.

This eye-catching piece is made of high quality silver plated metal and has the name of the manufacturer engraved in the bottom. It has a very recognizable shape, making it an amazing addition to any modern interior.