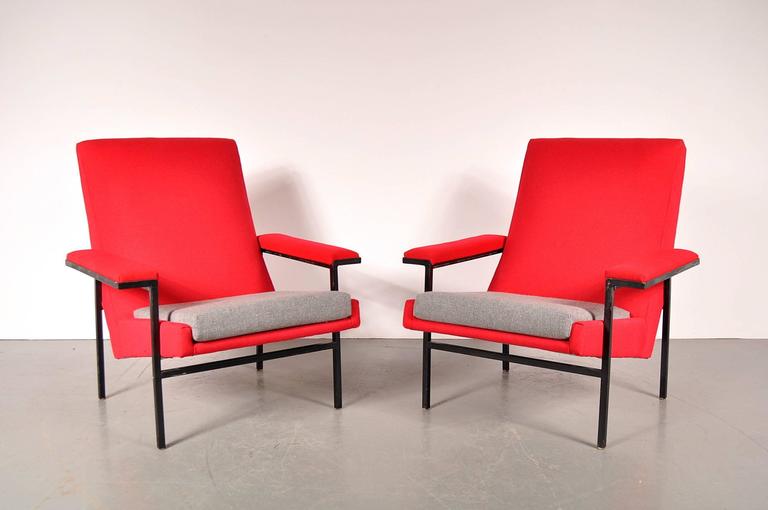 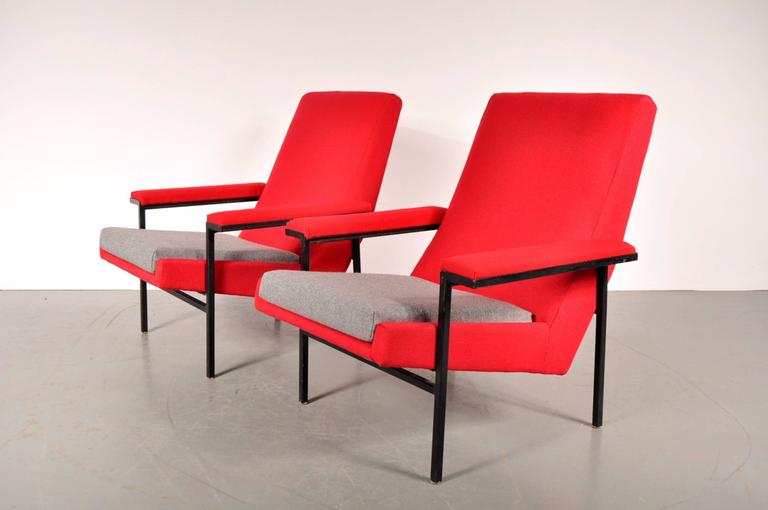 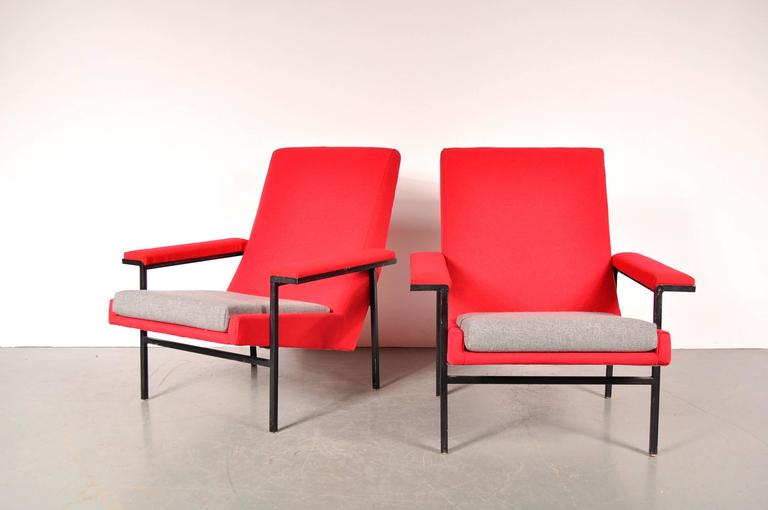 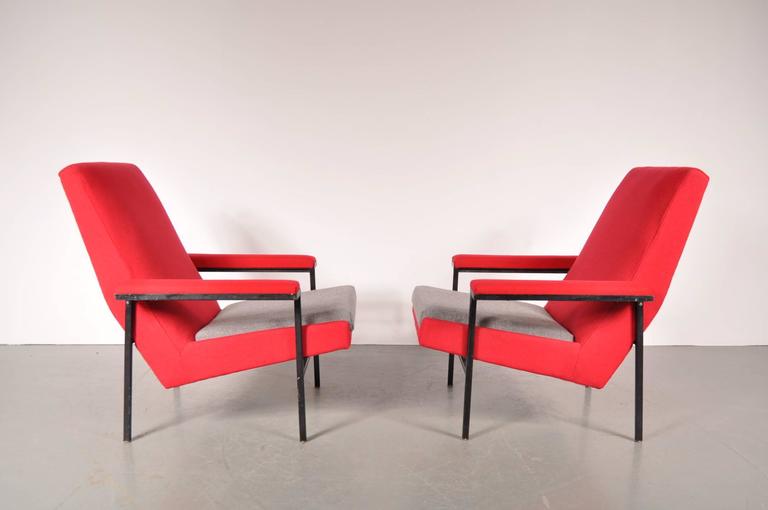 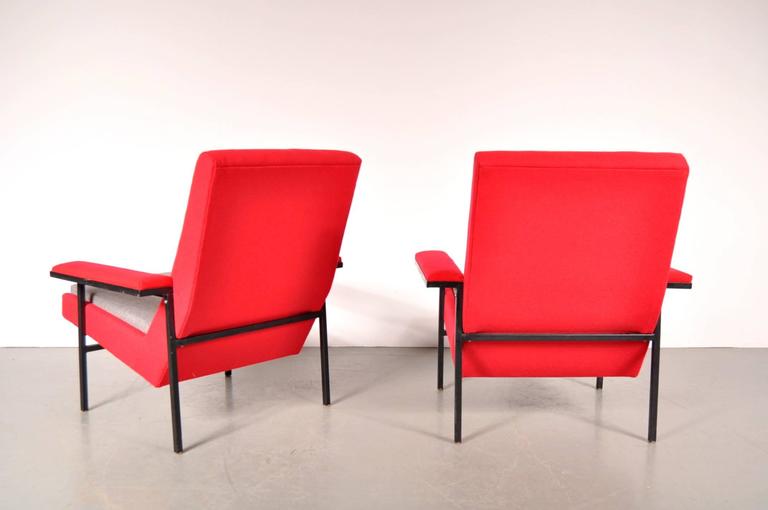 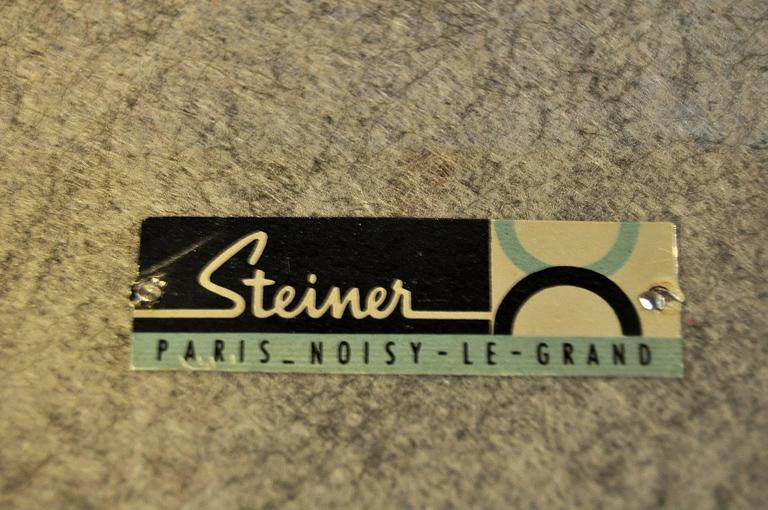 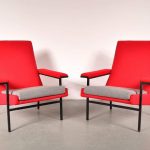 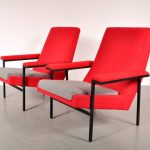 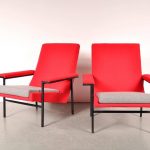 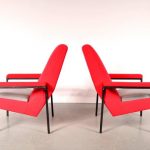 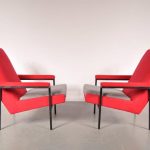 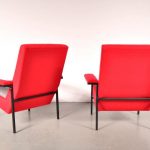 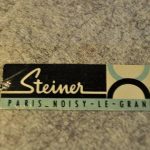 Exceptional pair of two ARP Chairs, manufactured by Steiner in France, circa 1950.

ARP stands for Atelier de Recherches Plastiques (Research Plastic Studio) and is composed by the famous designers Pierre Guariche, Joseph André Motte and Michel Mortier. These chairs are an iconic piece of design.

They are a very rare edition with armrests, making them a truly unique find! The chairs have a beautiful red fabric upholstery and grey fabric cushions. They have a square black metal base, all together giving them a beautiful composition that would look stunning in any Mid-Century modern interior.

The ARP (Plastics Research Workshops), founded in 1954 by Pierre Guariche, Michel Mortier and Joseph André Motte is the meeting of three young friends and designers. Thanks to the foundation of this group, the three designers wanted to change the classicism codes by designing new forms to create more accessible furniture. Major pieces of the 20th century are the result of this new and fruitful association. We think in particular of the series composed by storage furniture for producer Minvielle or the armchairs for Steiner.
Joseph André Motte and Michel Mortier have both studied Applied Arts. Pierre Guariche is graduated of Decorative Arts school. They met eachother while they worked in the agency founded by Marcel Gascoin. In 1954, they participated in a French show dedicated to the home economics. By discussing, they realized that they have a common envy: to create an association and to design a series of furniture for the manufacturer Charles Minvielle. One year after the foundation of the group, the three designers won many prizes at the end of a competition organize by Centre technique du bois (wood technology). The concept was to design practical furniture for small surfaces. The plastics research workshops ended in 1957.