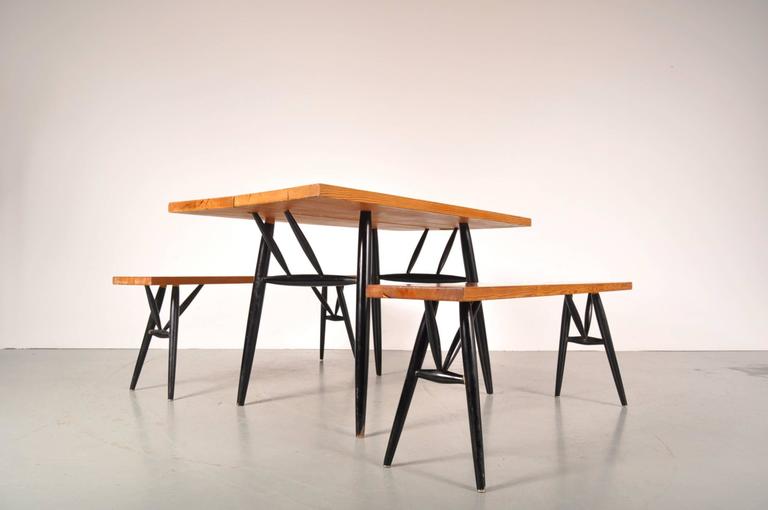 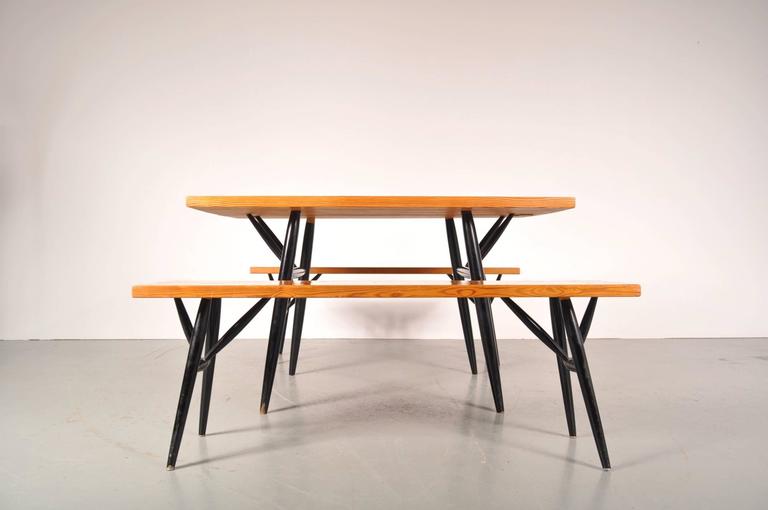 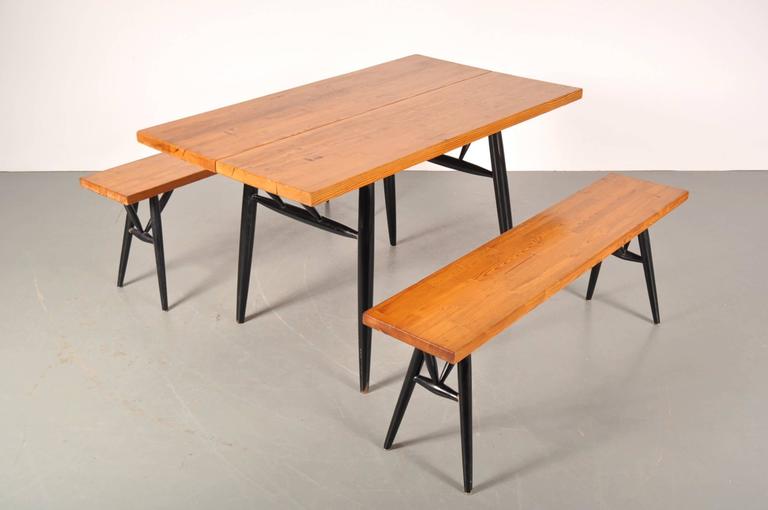 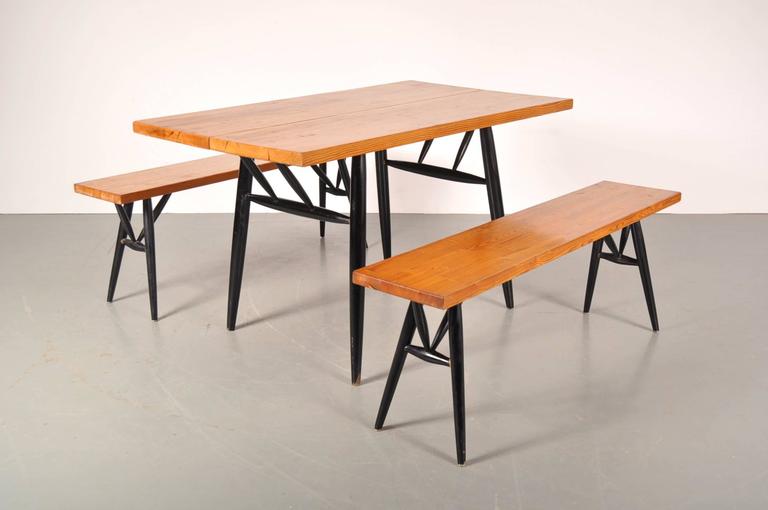 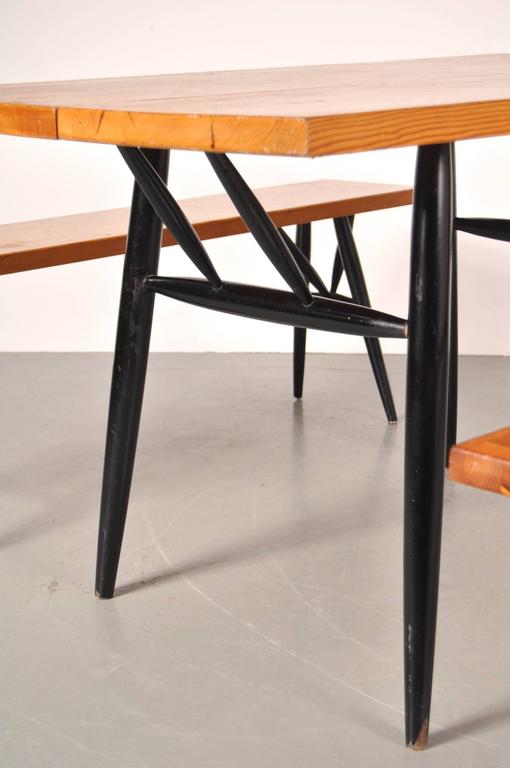 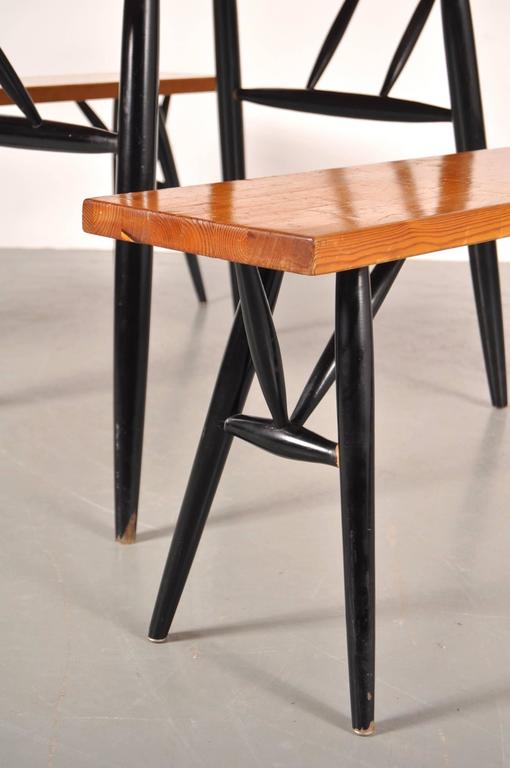 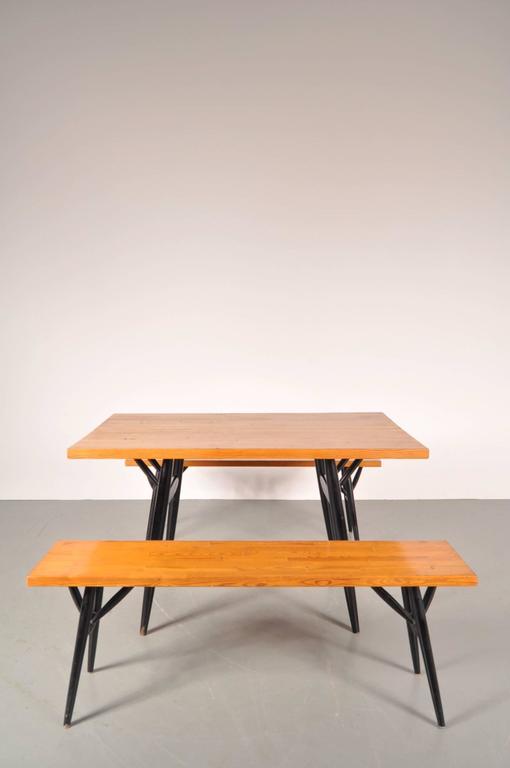 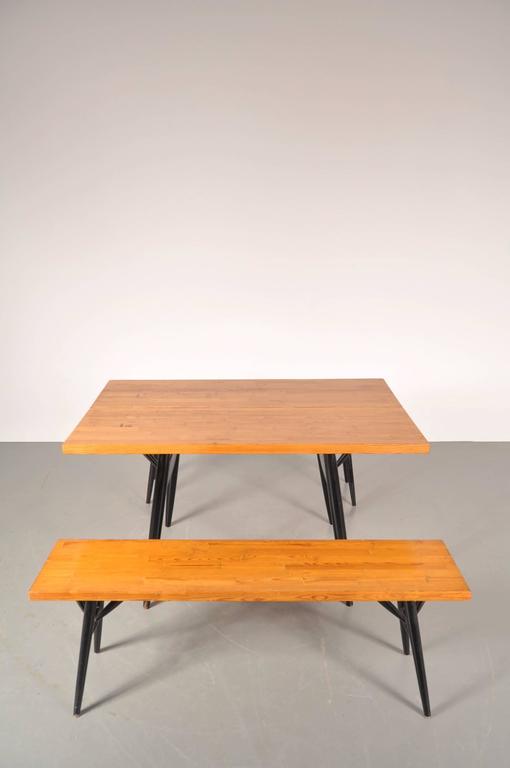 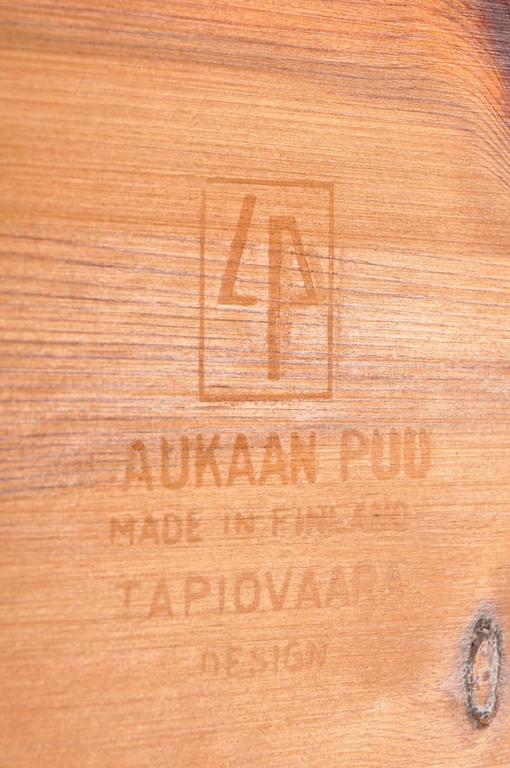 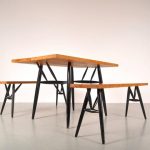 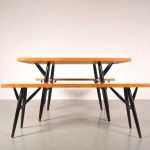 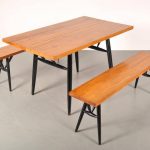 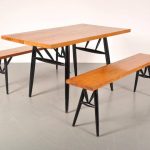 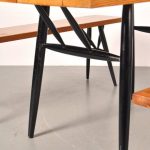 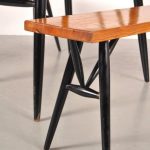 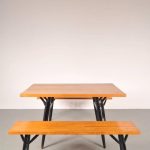 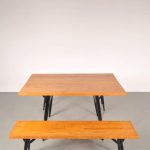 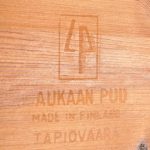 This stunning set contains one table and two benches, all made from the highest quality pine wood with transparent and black lacquer, giving it an eye-catching and highly recognizable appearance. This set is a truly iconic piece of Scandinavian design that would make an amazing addition to any modern interior.

Ilmari Tapiovaara (1914-1999) was a pioneer in the new design trade. He developed a unique aesthetic based on the remarkably international education he received from several of the masters of the Mid-Century style. While running his office in Helsinki, Tapiovaara went abroad to work for Alvar Aalto in Artek’s London office in 1935, for Le Corbusier in Paris in 1937 and for Mies van der Rohe in Chicago in 1953. He laid the foundations for the development of incipient Industrial design through his objects and writings, thus bridging the radicalism of early European rationalism and the realism of post-war objective needs. Tapiovaara’s work contains crucial elements that arise out of a meticulous, laborious, precise investigation into the quest for perfection, the worship of beauty and the poetics of form.