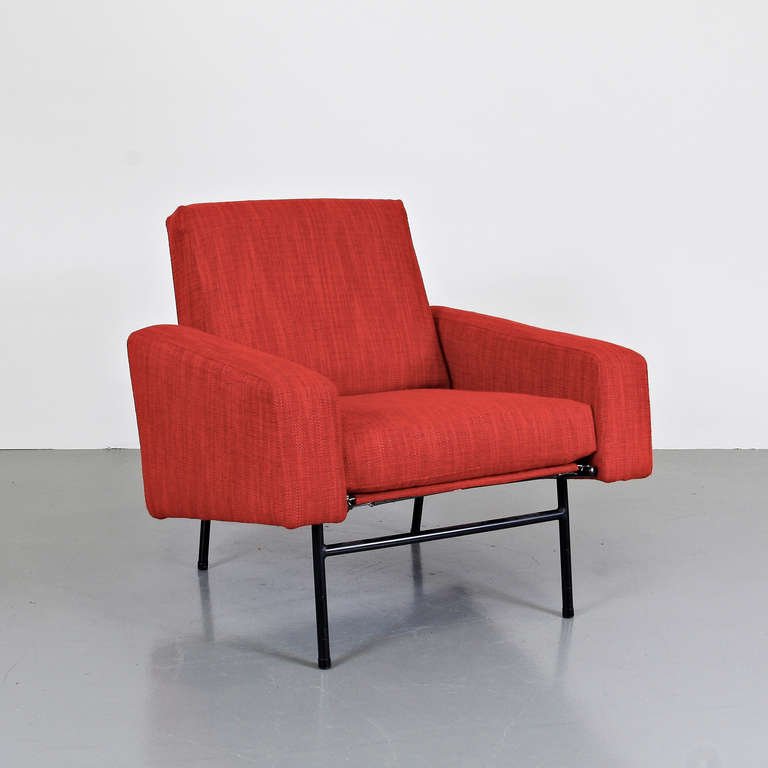 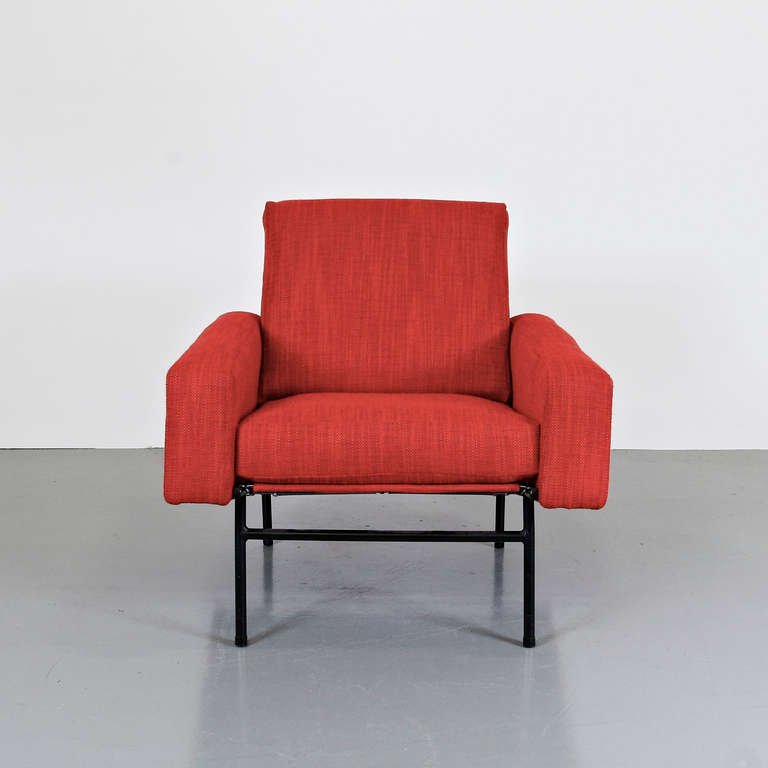 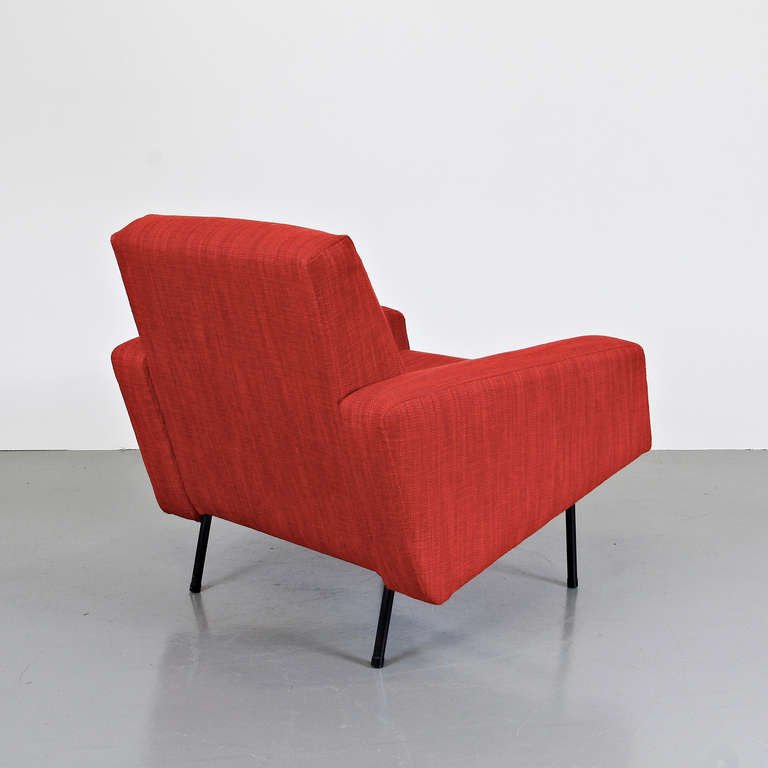 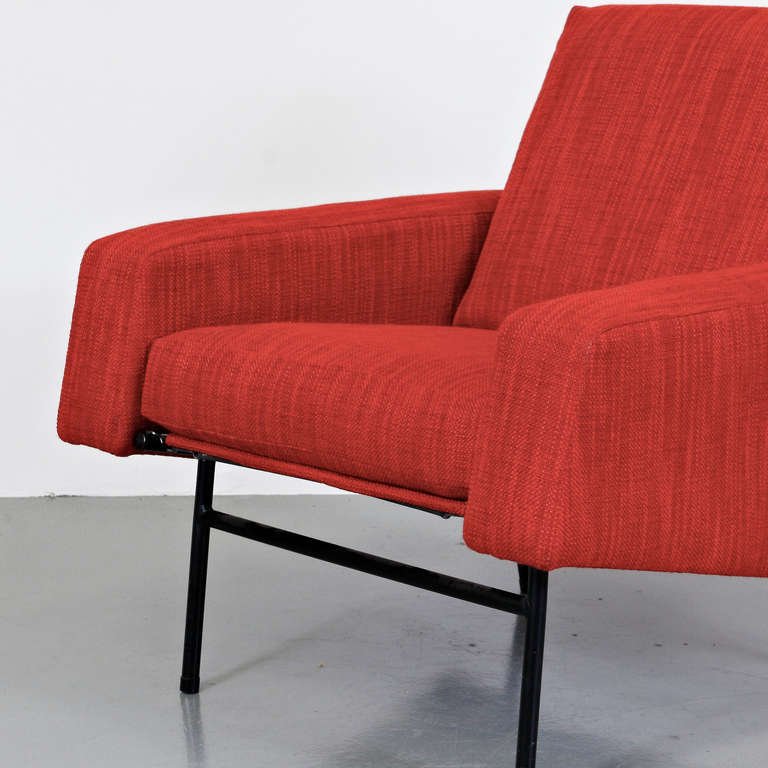 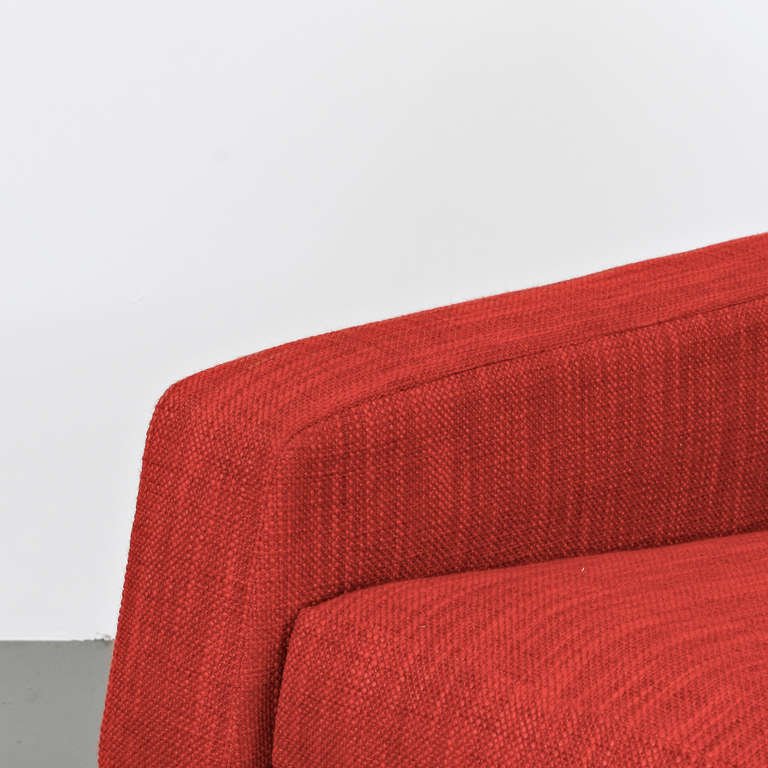 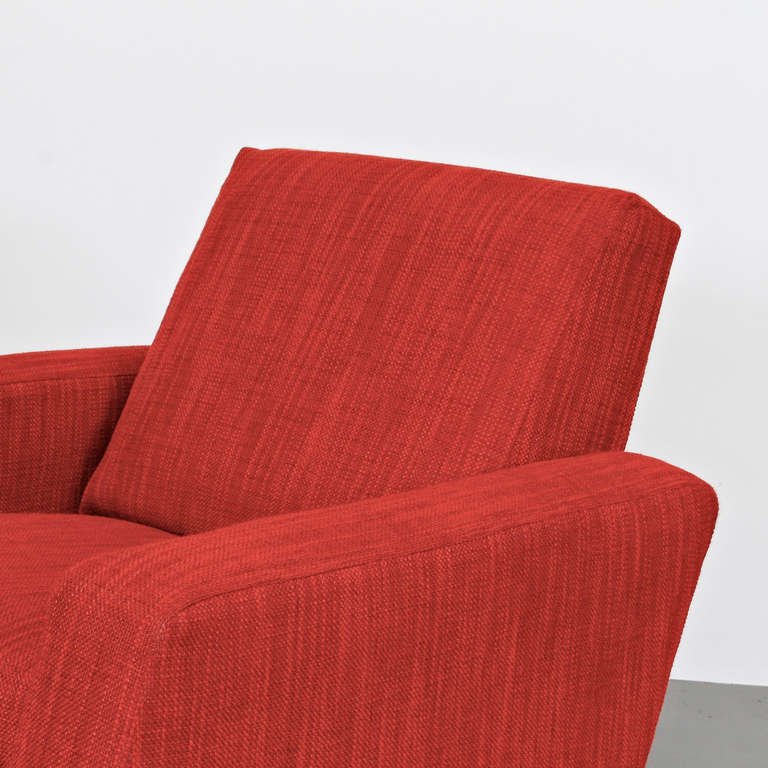 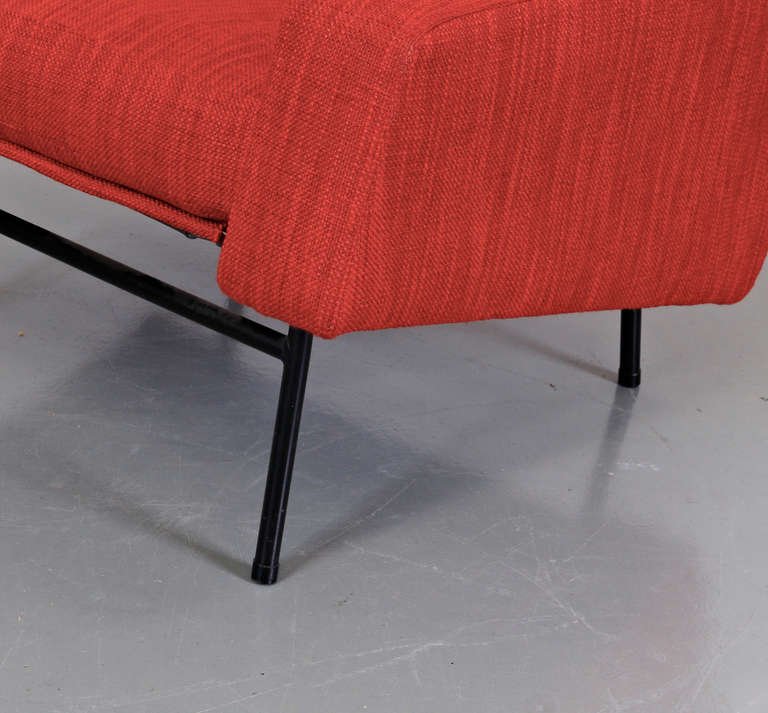 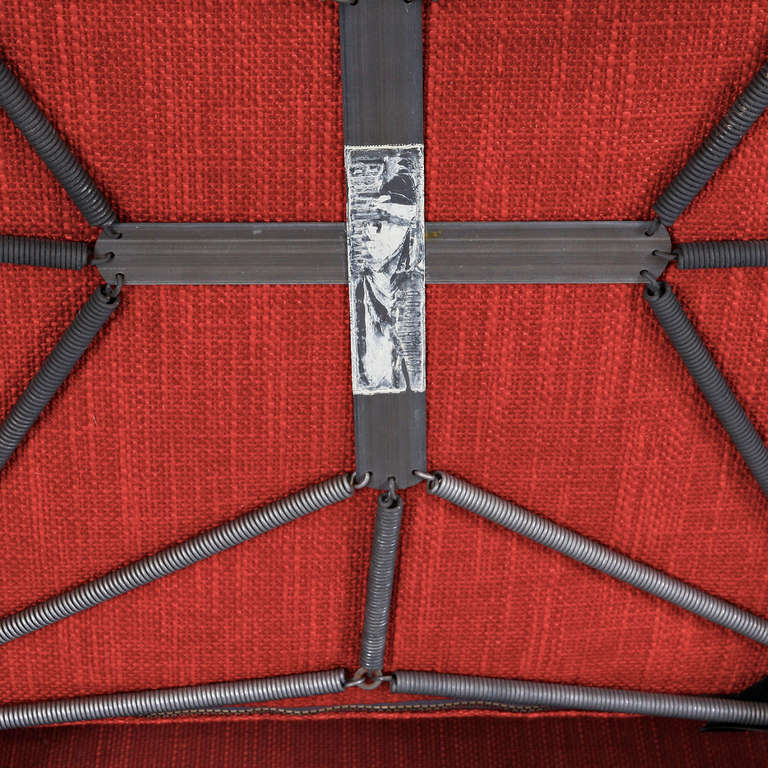 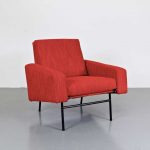 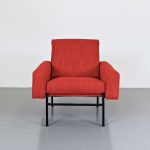 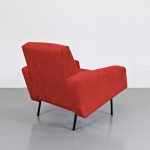 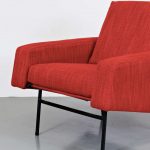 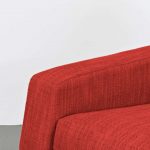 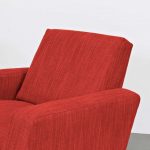 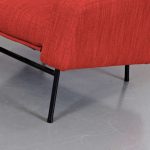 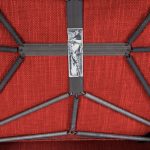 In excellent original condition, with minor wear consistent with age and use, preserving a nice patina.

We have a rare big sofa matching this lounge chair.

Guariche Pierre (1926-1995) is a French designer and interior designer, a member of the UAM. After graduation in ENSAD (E´cole Nationale Supe´rieure des Arts De´coratifs in Paris), where he met Rene´ Gabriel education, he entered training with Marcel Gascoin. It develops, from 1953 to 1957, the Plastics Research Workshop, with Michel Mortier and Joseph-Andre´ Motte. In 1957 he became Head of the Belgian company furniture and Meurop single product research. Before that it was in May that the gallery will be produced and published his first furniture, followed by the editors: Airborne Disderot Furniture, TV, Huchers-Minvielle, Steiner and Luminalite. At the height of his career he sometimes assumes the role of architect, as his villa Street Dombasle in Paris or ski resorts: La Plagne, Courchevel and Val d’Ise`re. In 1965, he was awarded the Prix Rene´ Gabriel.