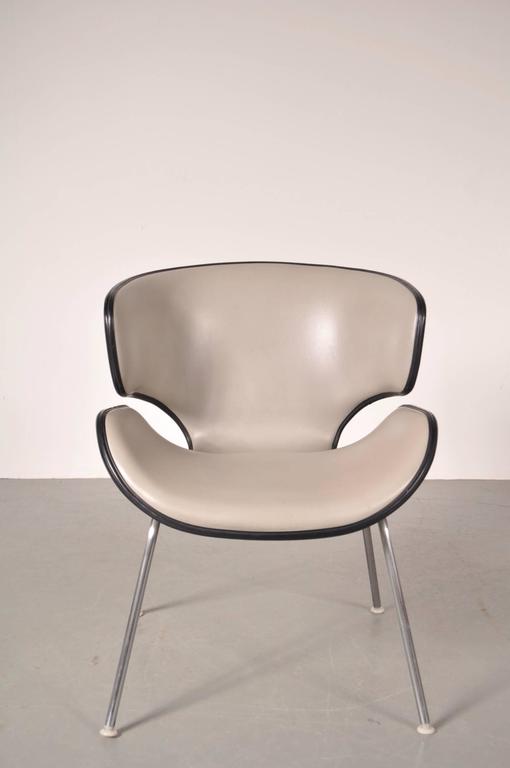 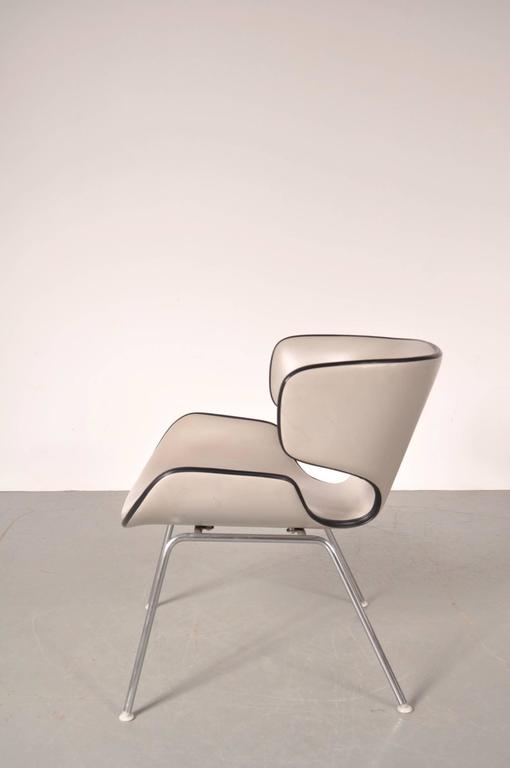 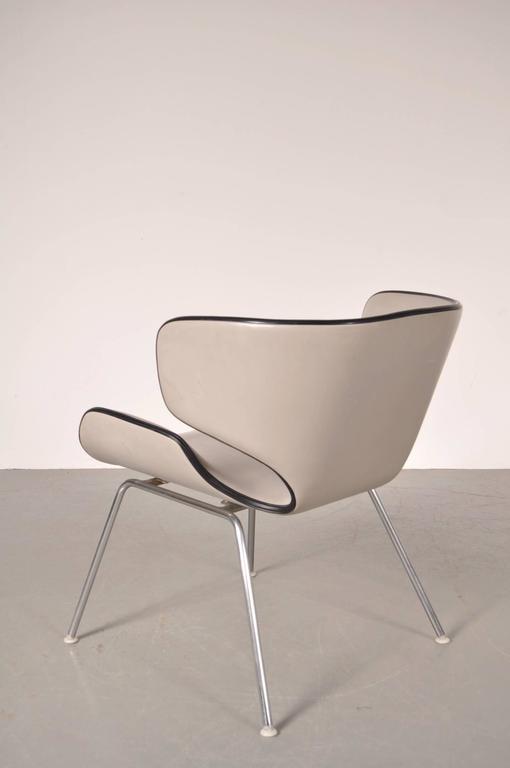 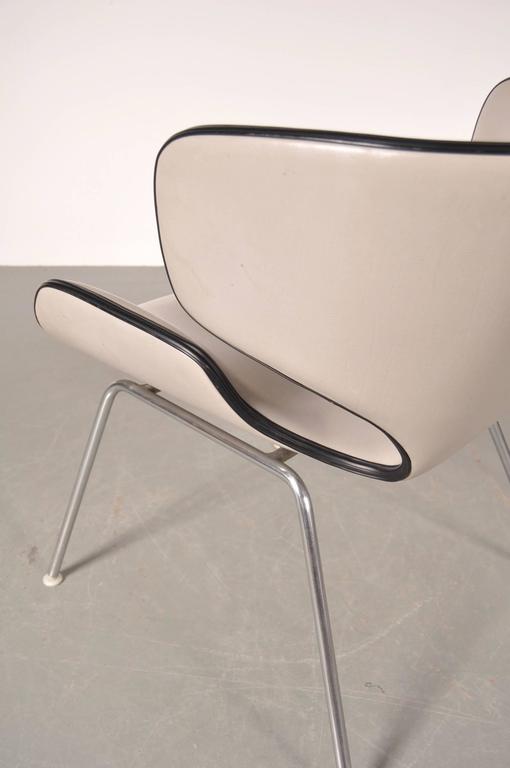 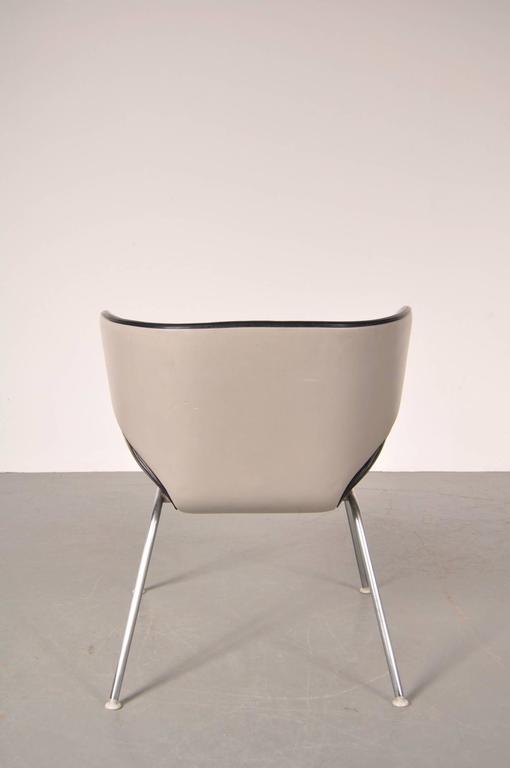 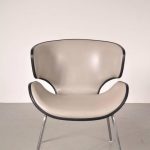 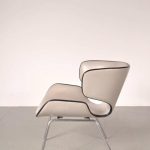 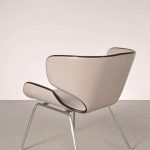 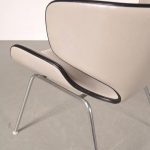 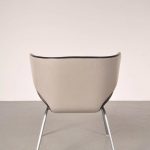 The chair is upholstered in beautiful quality grey with black skai. This upholstered version of the chair was designed for the clubhouse of the Totsuka Country Club. Later, they started producing chairs of molded plywood and this original version wasn’t produced anymore. This rare, original chair is hard to find and would make a beautiful addition to any midcentury / modern interior, giving any room a unique Japanese influence!

About the designer:
Isamu Kenmochi wanted to be a painter. After graduating from the Tokyo Advanced Crafts School, he was put in charge of craft and design at the Crafts Institute in Sendai (later: Industrial Arts Institute). It was operated under the jurisdiction of the Chamber of Commerce and Trade which placed an special emphasis on export policy. At this institute, he met a new German architect Bruno Taut, who had been invited to teach craftsmanship. It was then that he first heard of the Norm concept (meaning constructional planning). Kenmochi was one of the people who contributed his experiences and teachings to quickly develop the Japanese furntiure industry after WWII, when the Operations Arm started to build furniture and homes for their families.
After Kenmochi became an independent in 1995, the high level of activity in his work established the job category of interior designer for the first time. He was also unique in that he introduced unknown artists to new projects, such as Kayama Matazo with the first jumbo jet in Japan. He was charming and charismatic with a deep and rich sensitivty. On the evening of the opening party for the Keio Plaza Hotel, which was his final work, he decided to end his own life.
Literature: Japanese Chairs – The Chairs and Designers of the Modern Classic, Shimazaki Makoto, Page 20, 35.