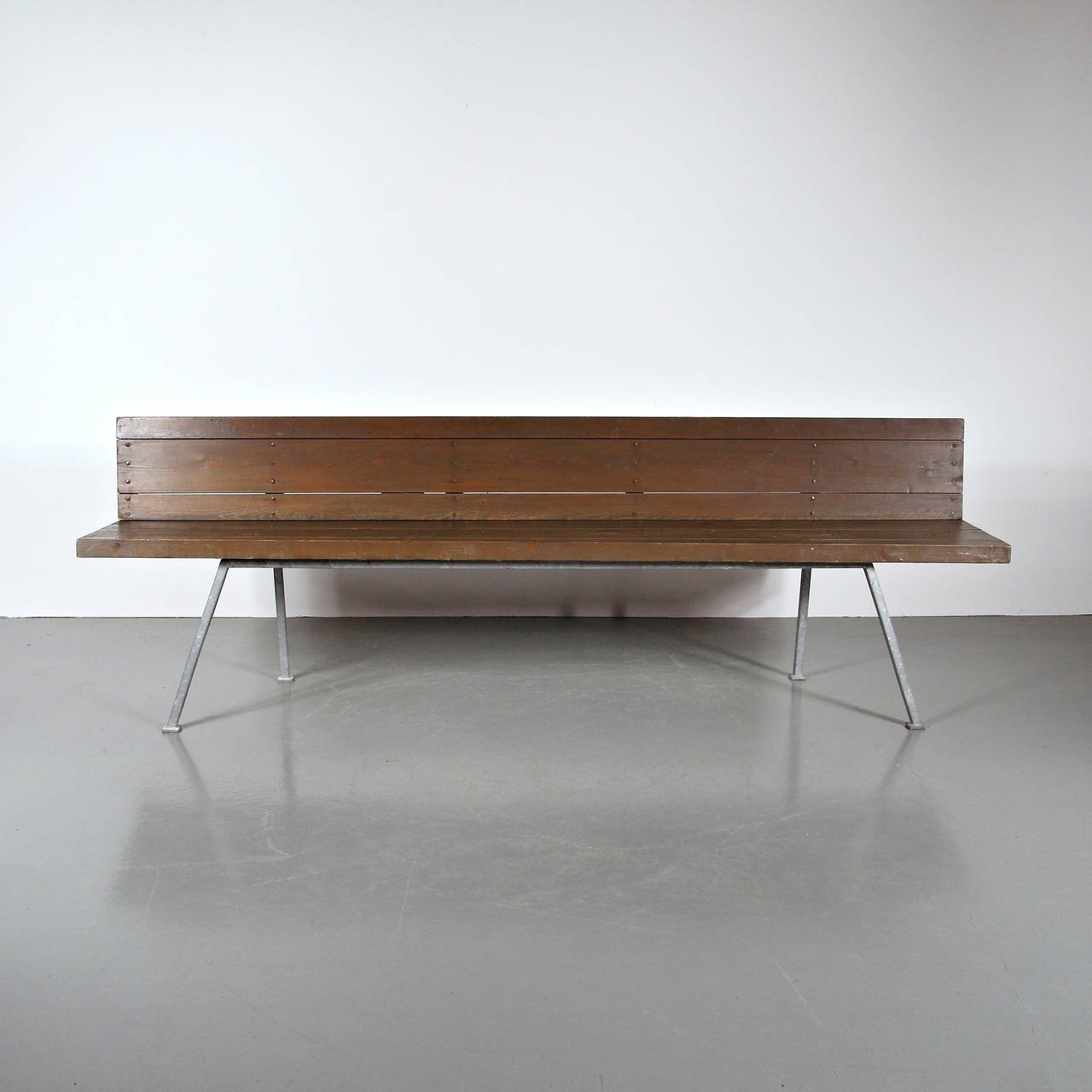 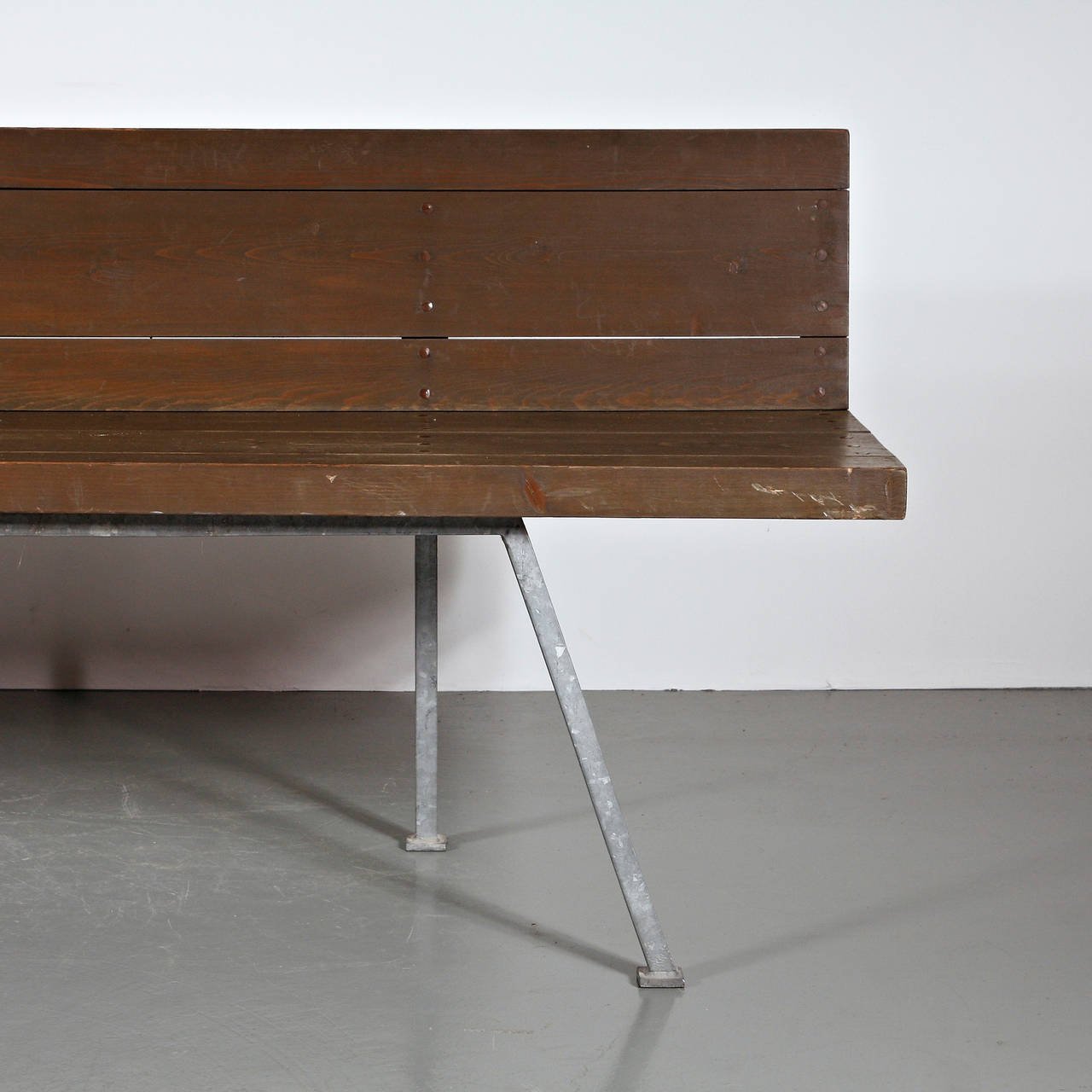 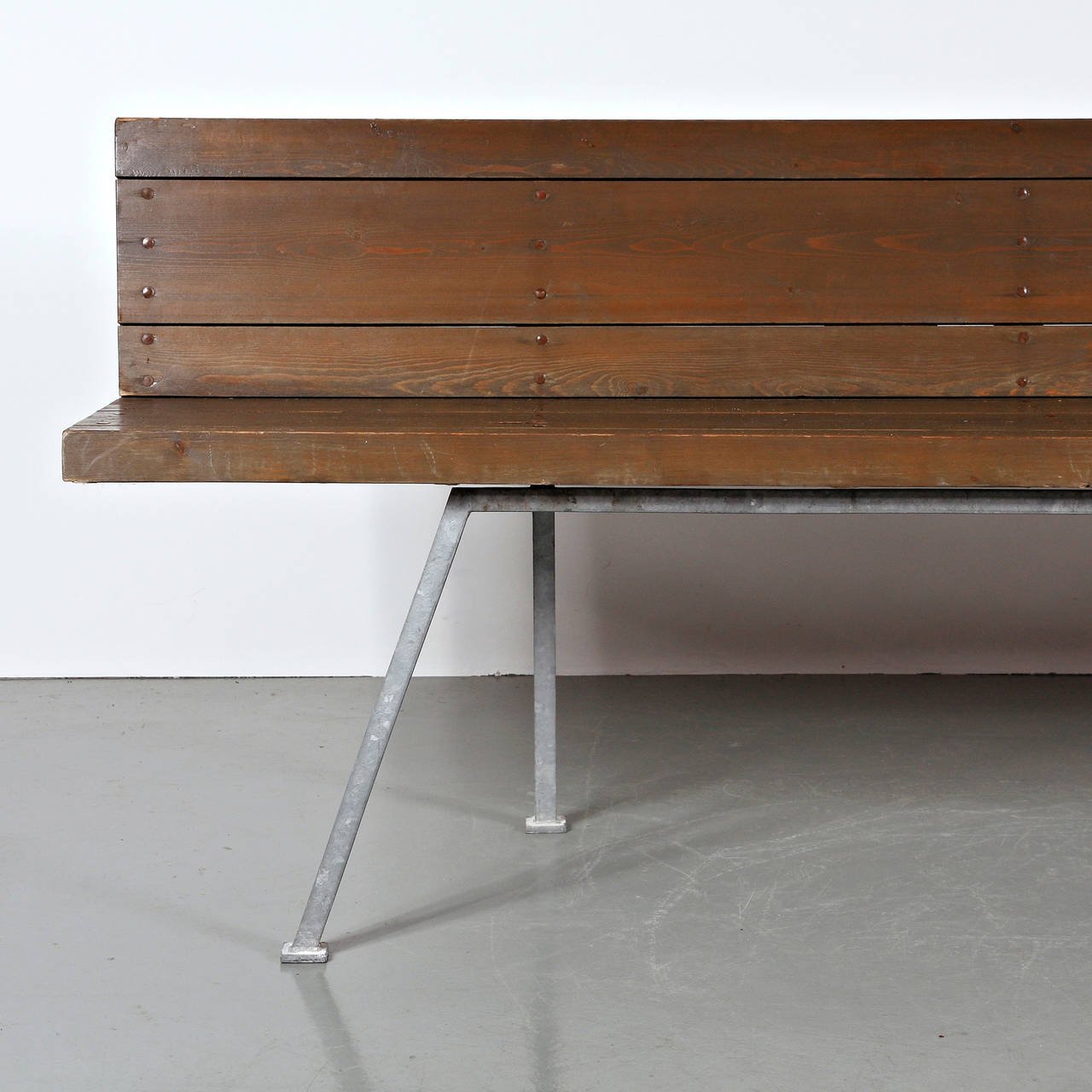 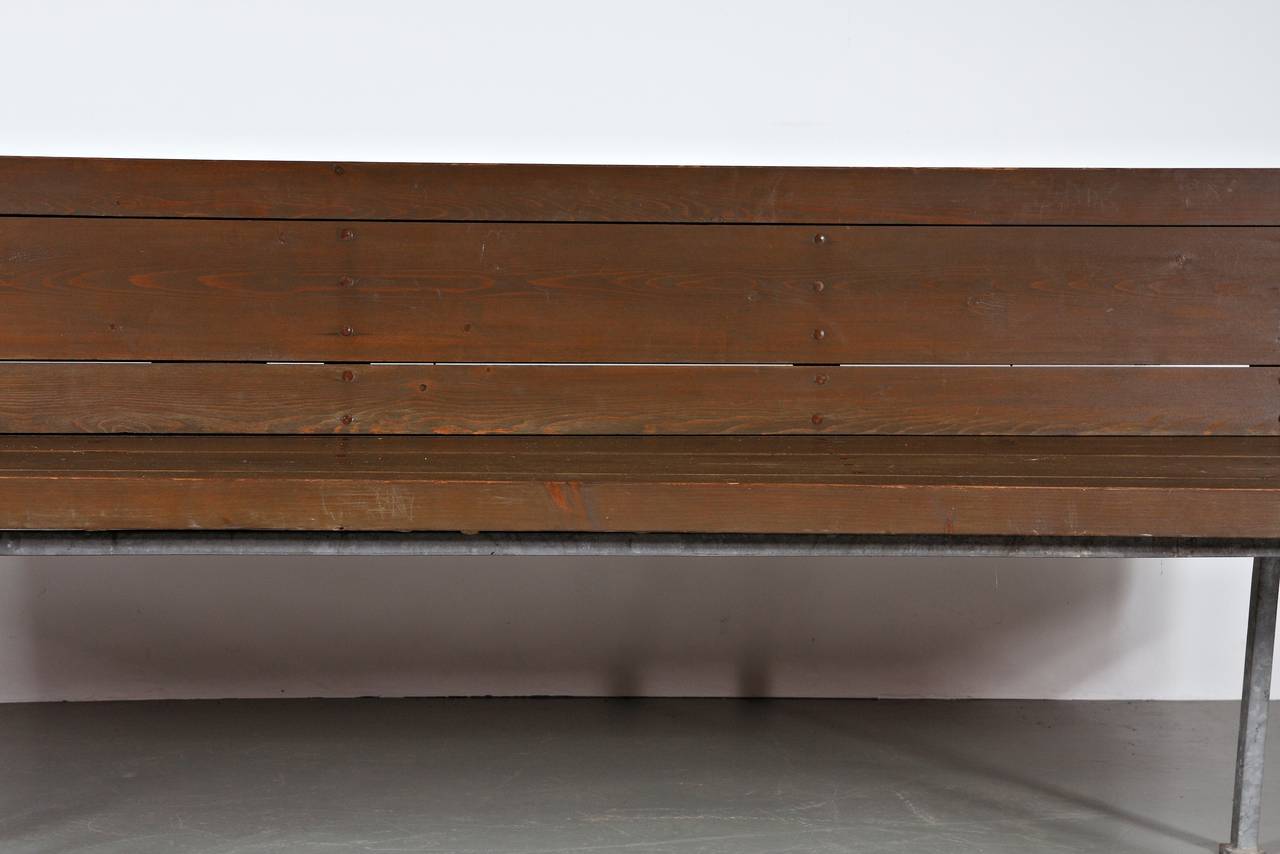 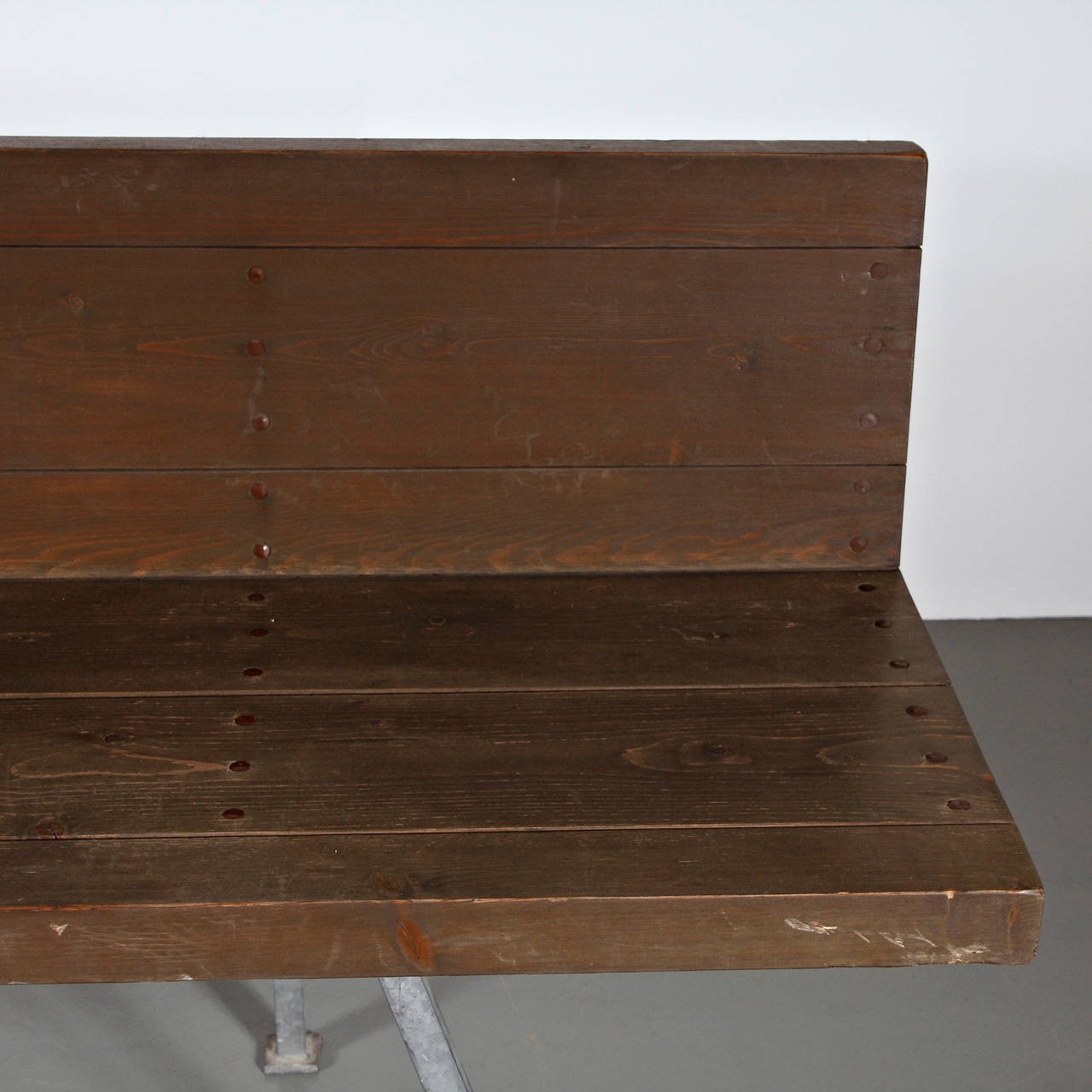 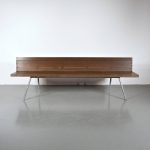 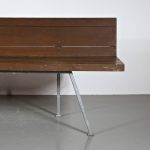 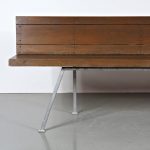 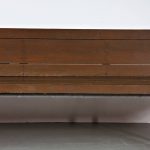 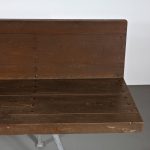 This is an iconic bench designed by Dom Hans van der Laan  in the Netherlands in 1967.

It’s eye-catching, minimalist design is highly recognizable and one of the most beautiful examples of mid-century Dutch design. It has a metal base and structure and wooden seat and back in a nice, brown colour. The bench was designed for the Abbey Church of St. Benedictusberg in the Dutch town Vaals. This makes this quality bench a true piece of (Dutch) design history!