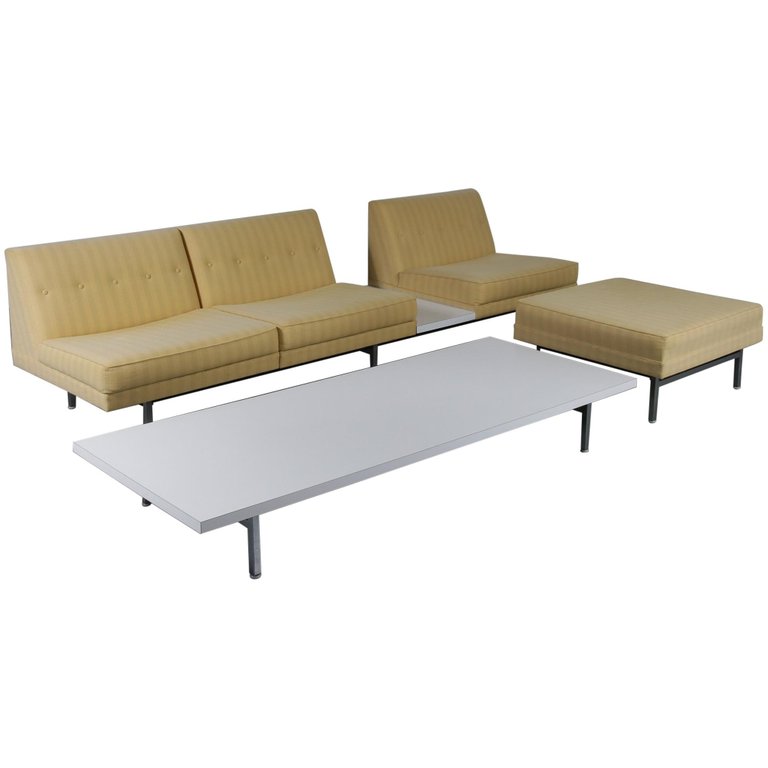 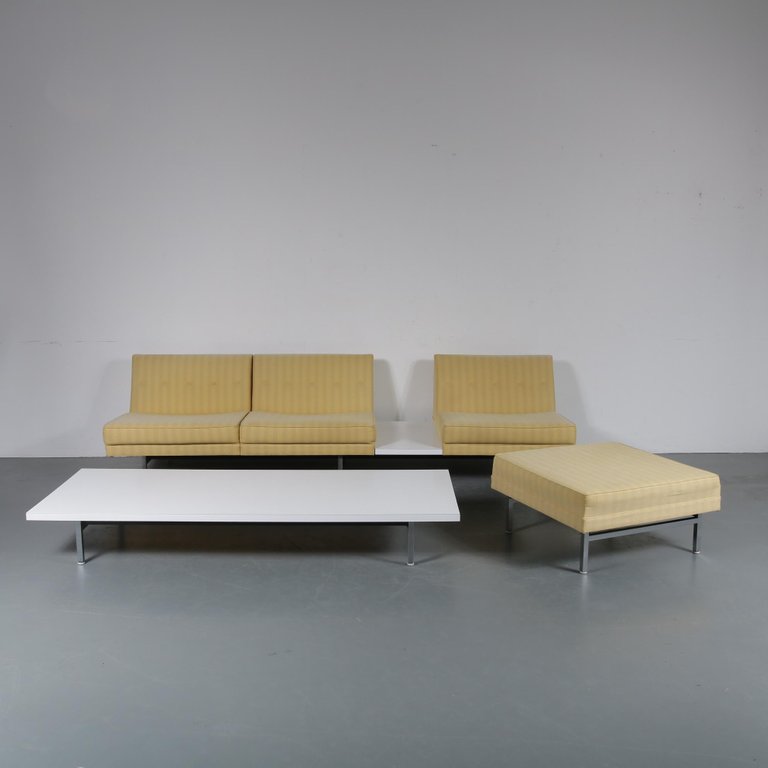 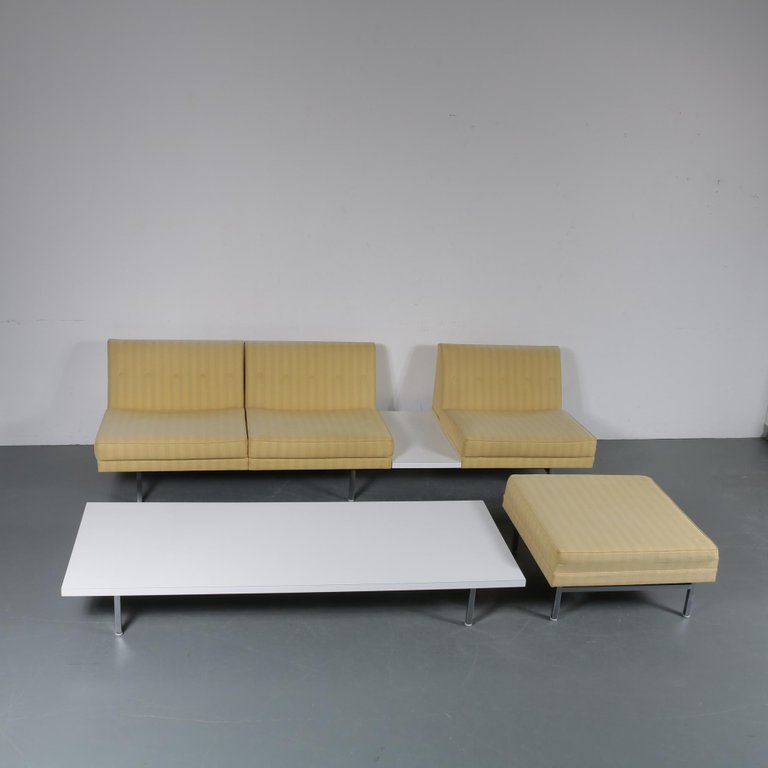 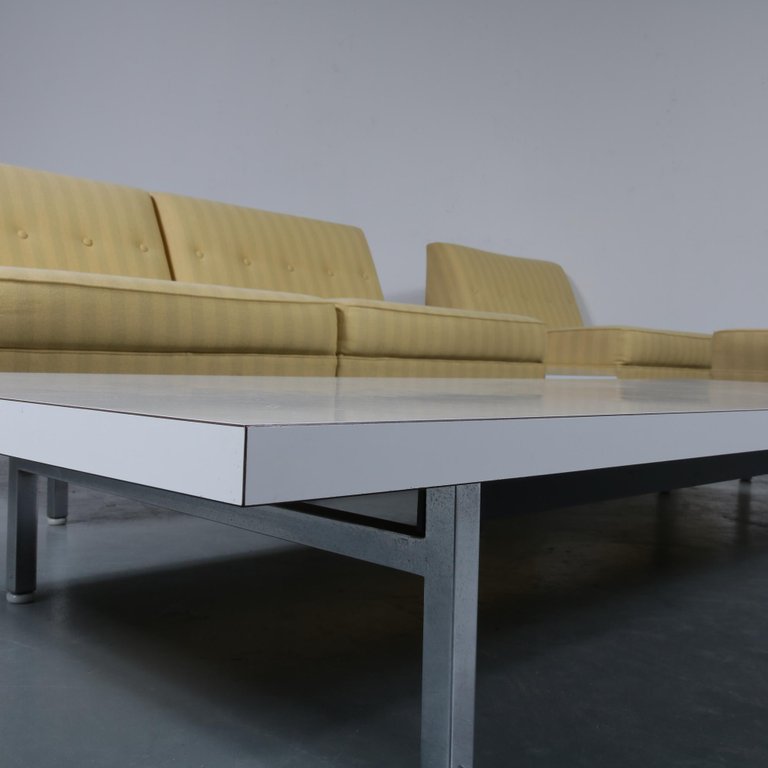 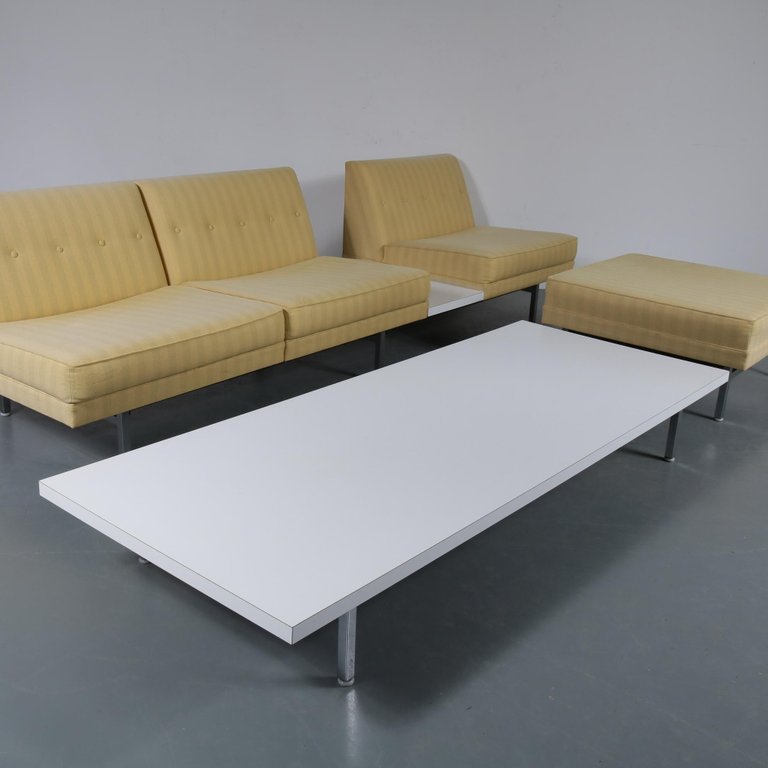 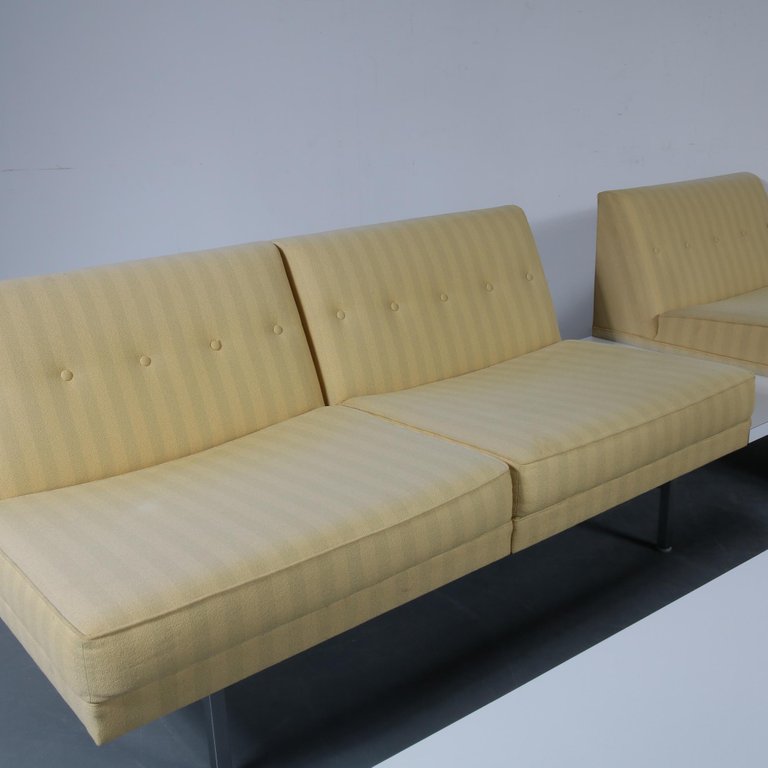 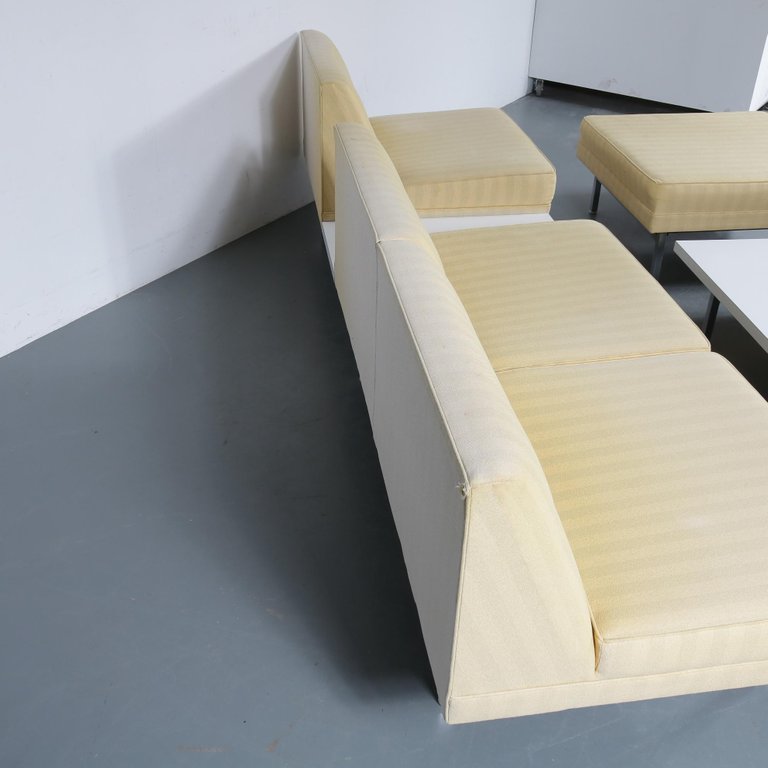 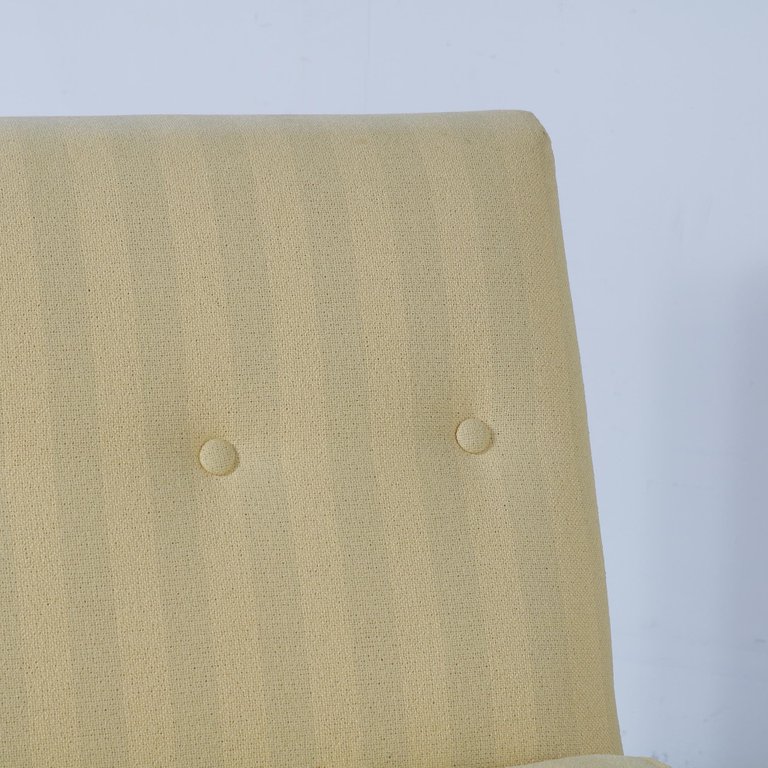 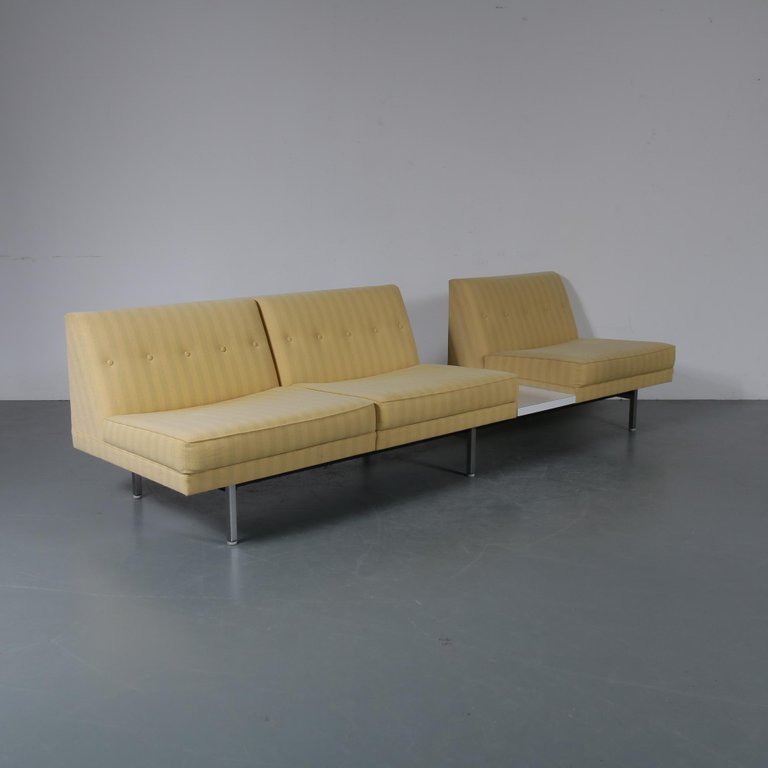 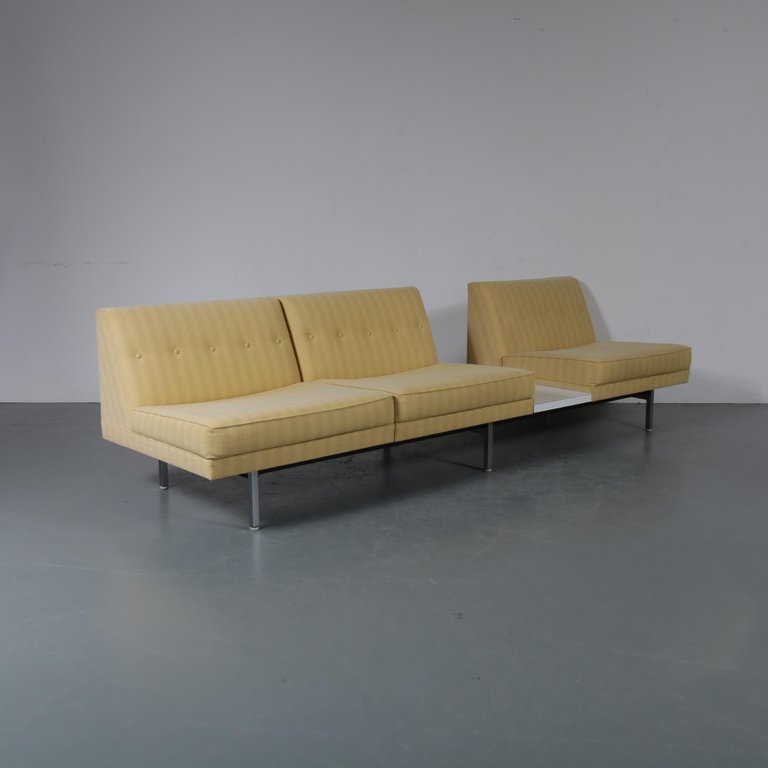 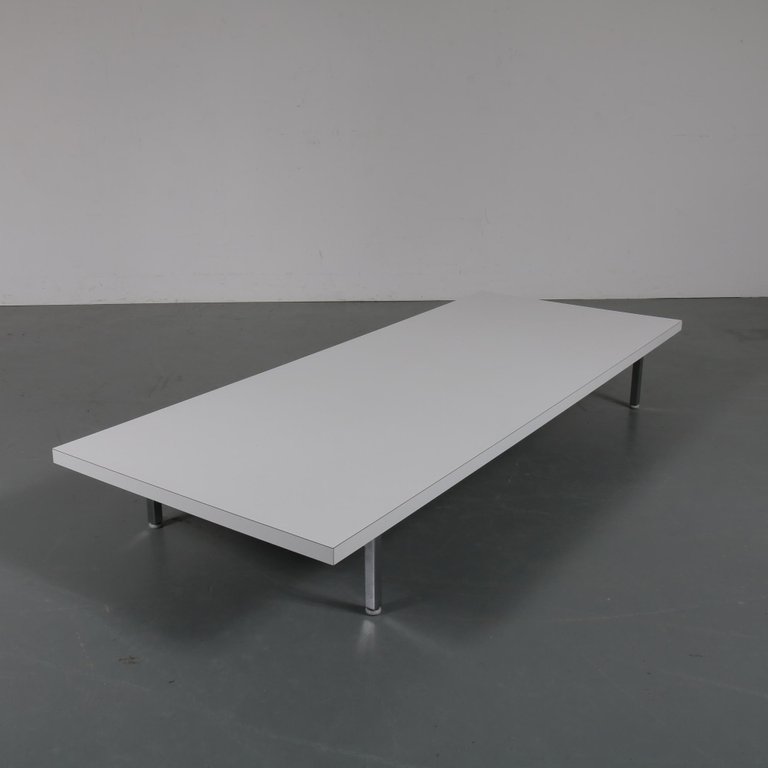 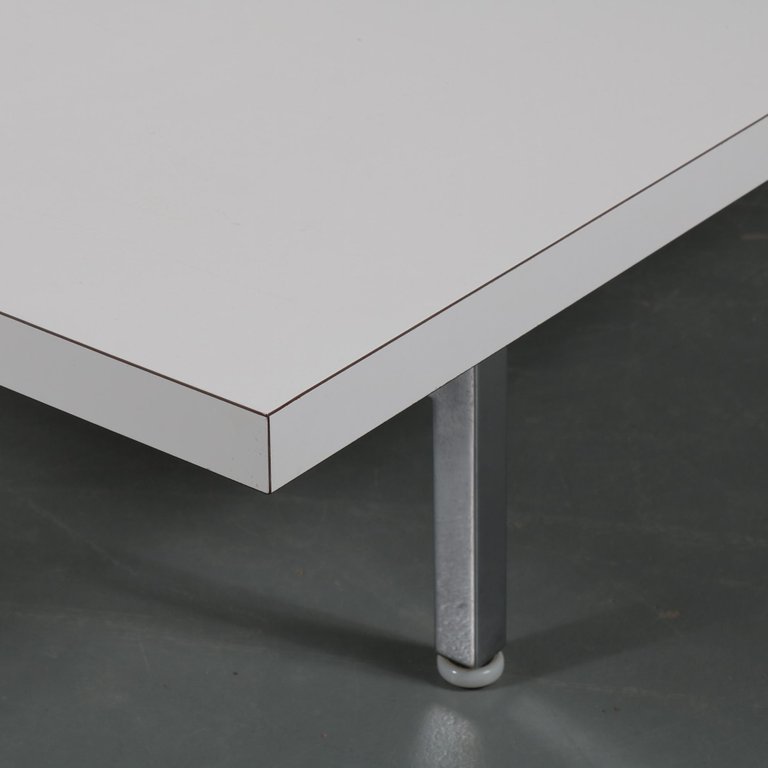 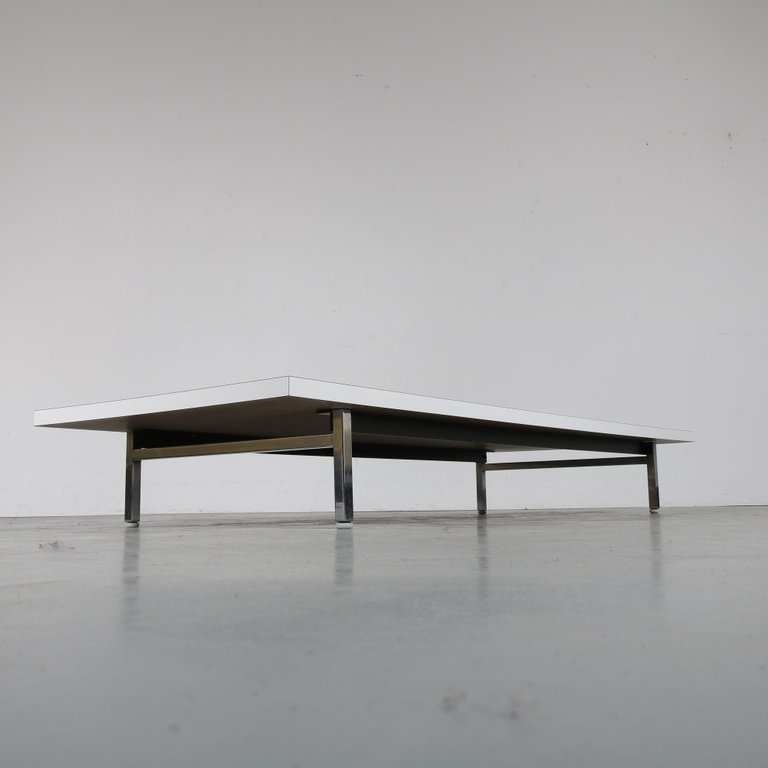 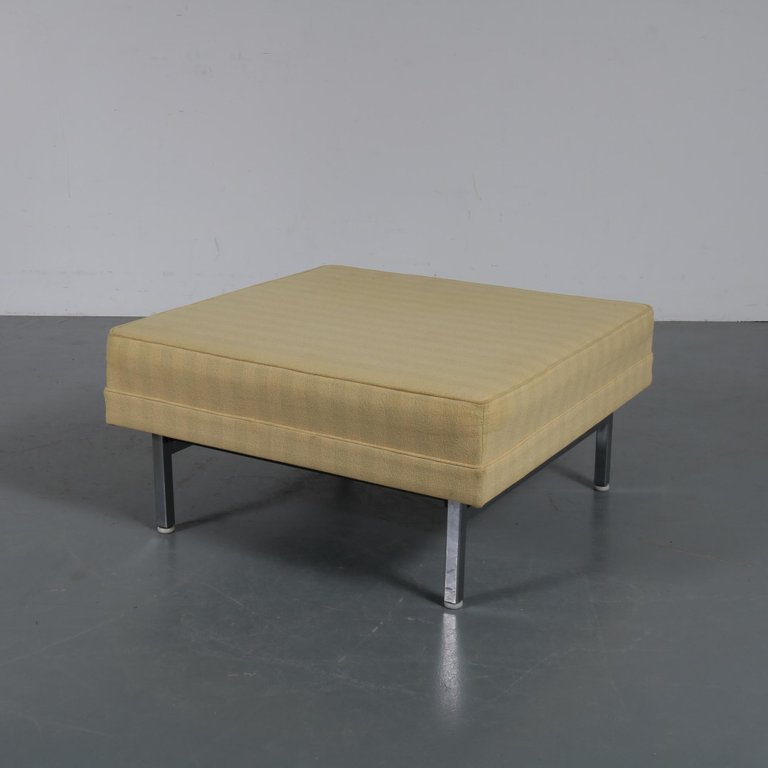 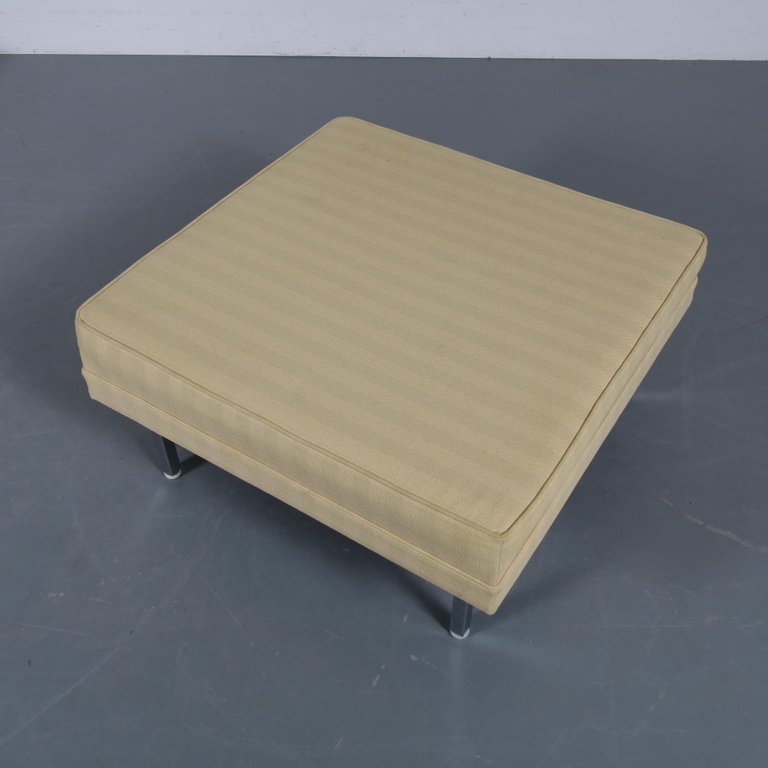 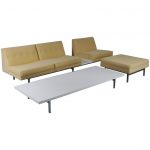 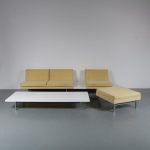 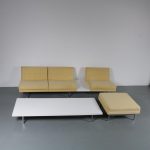 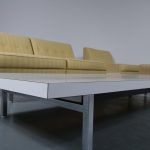 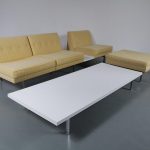 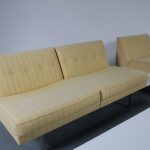 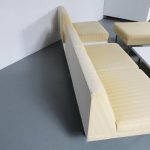 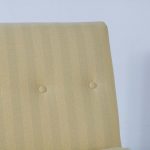 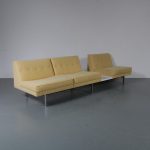 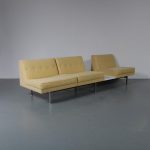 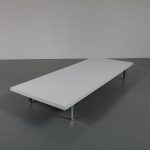 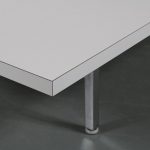 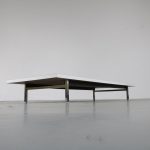 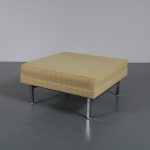 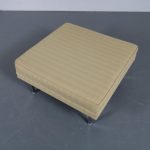 This living room set, designed by George Nelson, is an iconic piece of Mid-Century Modern design! Manufactured by Herman Miller in the United States of America, circa 1960.

The set contains one three-seat sofa upholstered in striped yellow fabric, on chrome plated metal legs and with an integrated white laminated table. This matches nicely with the coffee table, also made of white laminate with chrome plated metal legs, and the ottoman in matching upholstery and structure. All together this creates a highly recognizable style that will definitely draw the attention of any design enthusiast!

It remains in good, vintage condition with minor wear consistent with age and use, preserving a beautiful patina.

George Nelson (1908–1986) was an American Industrial designer and one of the founders of American Modernism. While Director of Design for the Herman Miller furniture company, Nelson and his design studio, George Nelson Associates, Inc., designed much of the 20th century’s most iconic modernist furniture.
In 1945, the Herman Miller furniture company was producing mostly conventional, wood-based designs. After reading Tomorrow’s House D.J. Depree, the Chairman of Herman Miller, selected Nelson to be the company’s next Director of Design, despite Nelson having no experience designing furniture. Depree was more interested in Nelson’s insight into the best way to make furniture innovative and useful. Nelson was offered a contract that allowed him the freedom to work outside of Herman Miller, and to use designs from other architects that Nelson had worked with. He became the Director of Design for Herman Miller in 1947, and held the position until 1972. The first Herman Miller catalog produced by Nelson was released in 1945. Over the following years it would include some of the most iconic home furnishings of the 20th century. Ray and Charles Eames, Harry Bertoia, Richard Schultz, Donald Knorr, and Isamu Noguchi all worked for Herman Miller, under Nelson’s supervision. Although both Bertoia and Noguchi later expressed regrets about their involvement, it became a successful period for the company, and for George Nelson.