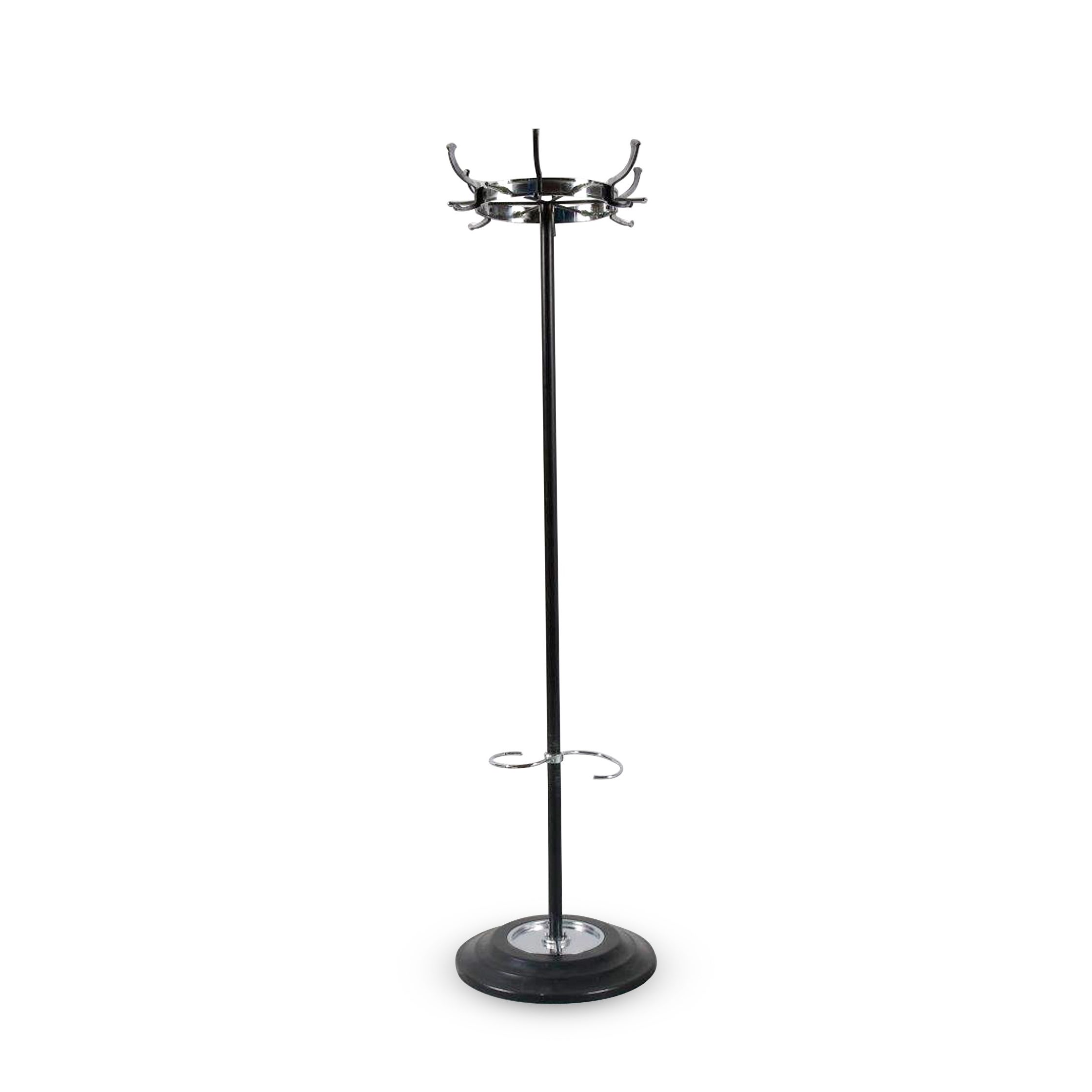 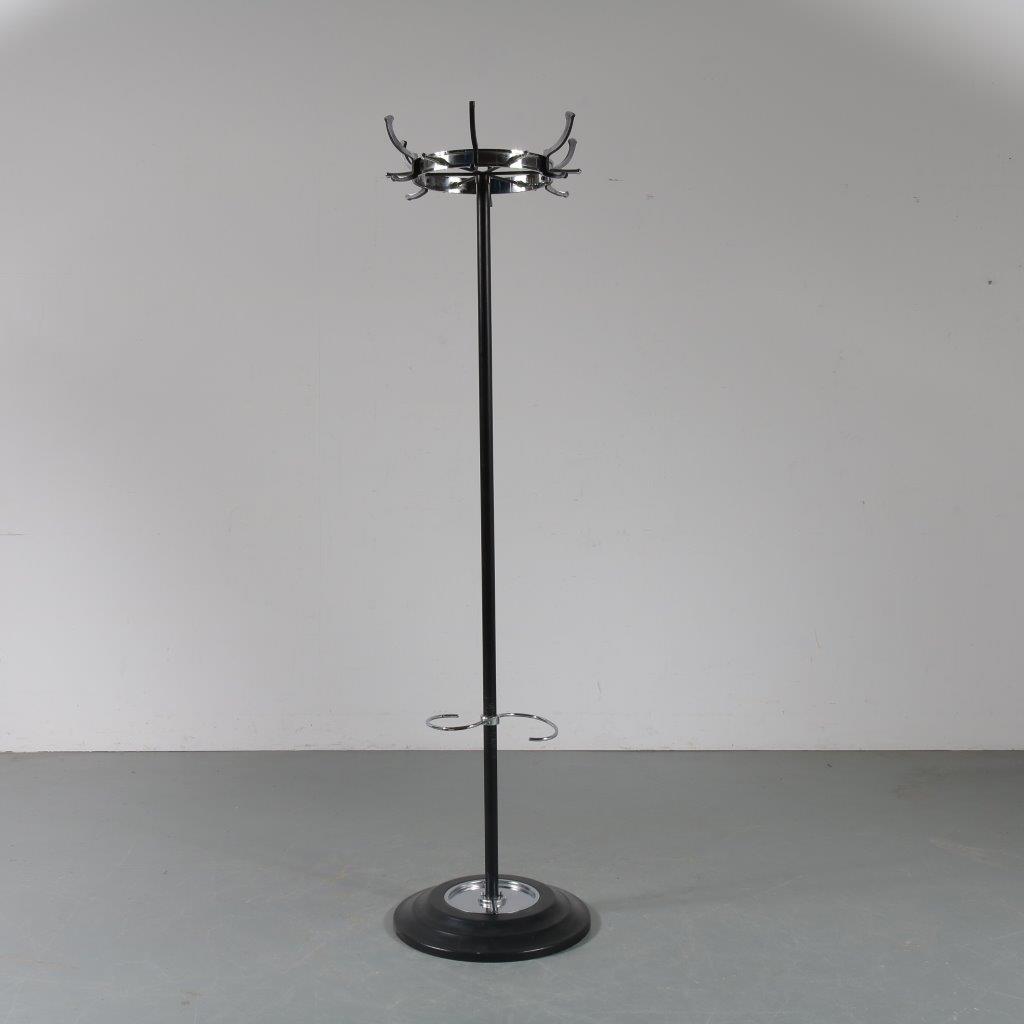 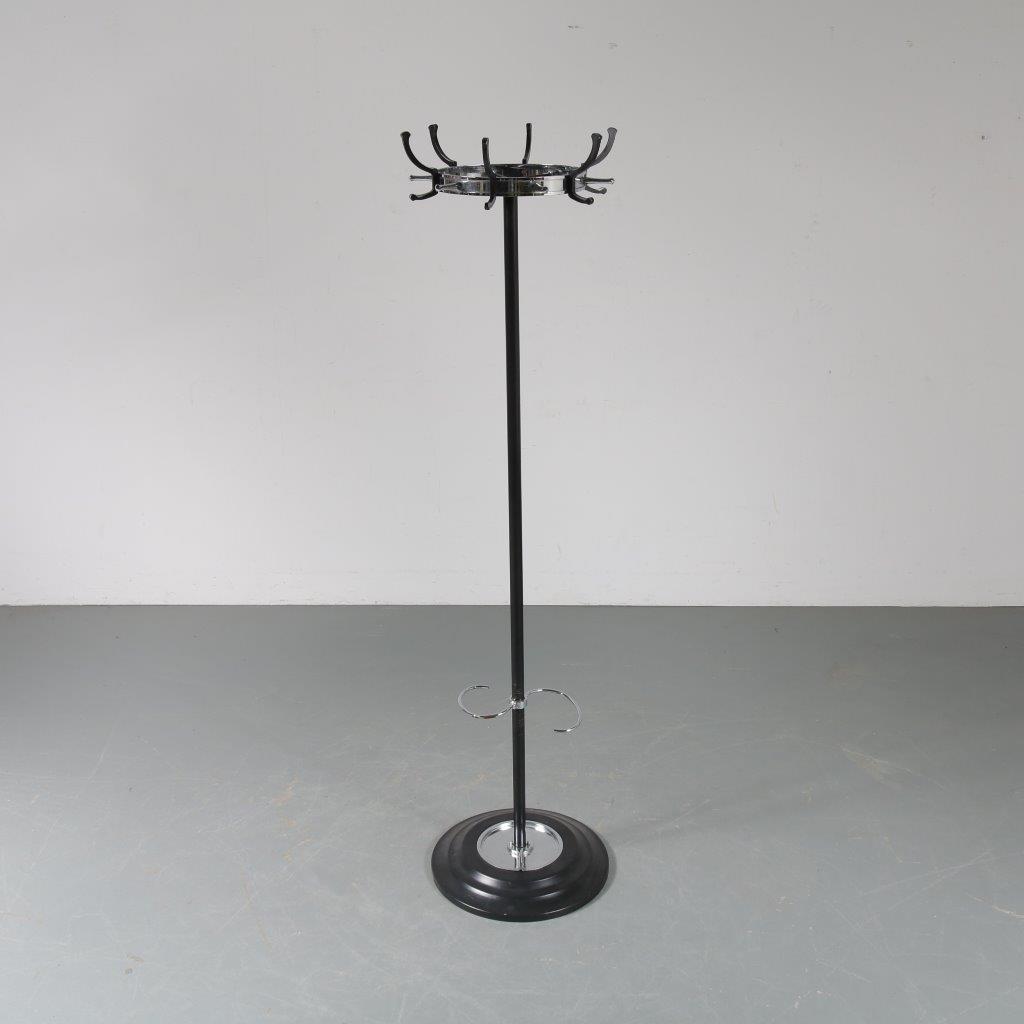 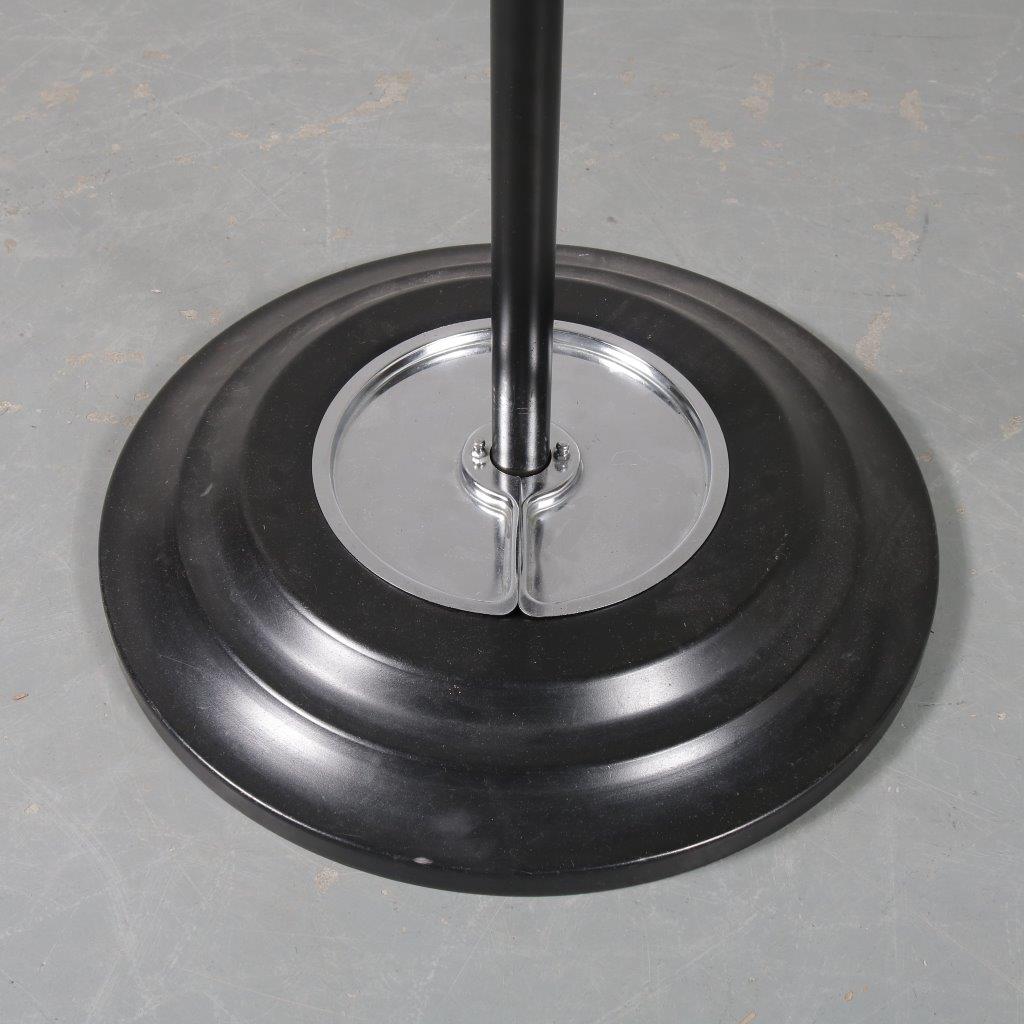 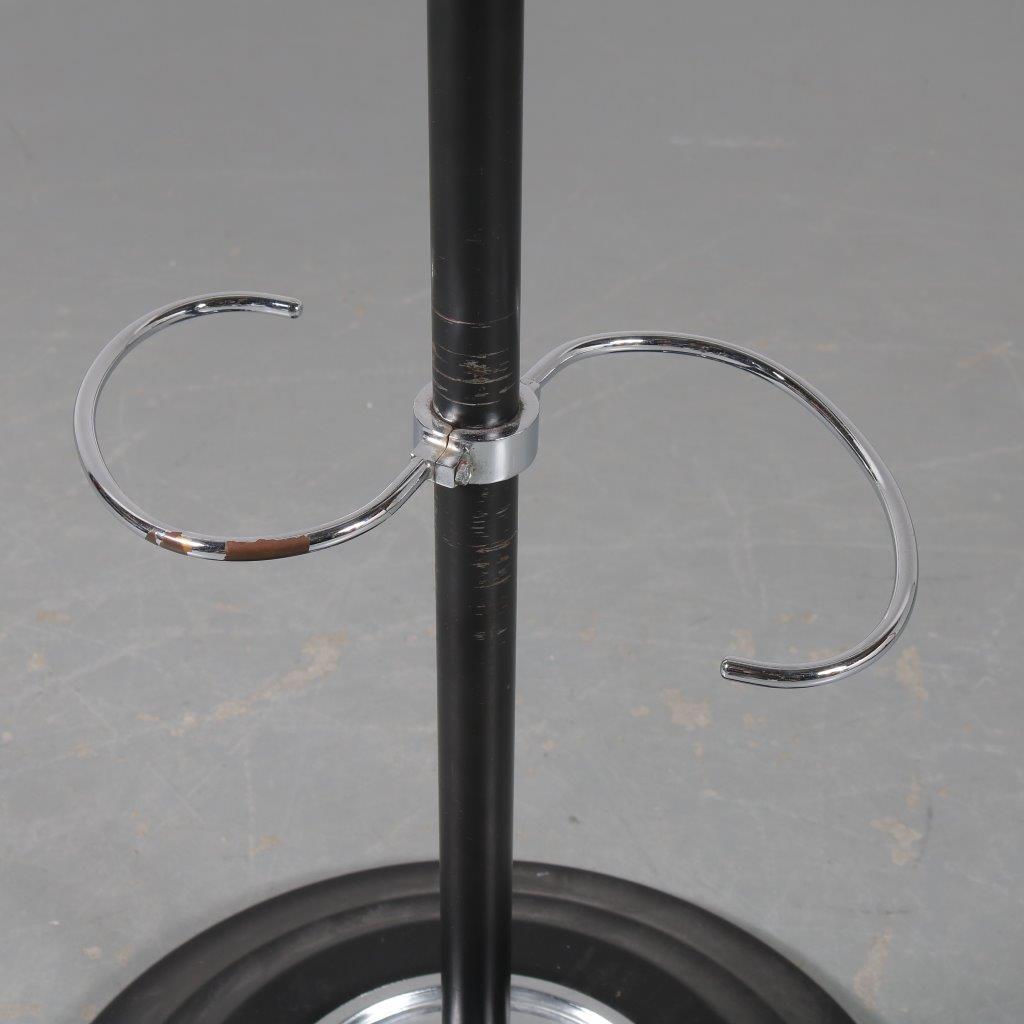 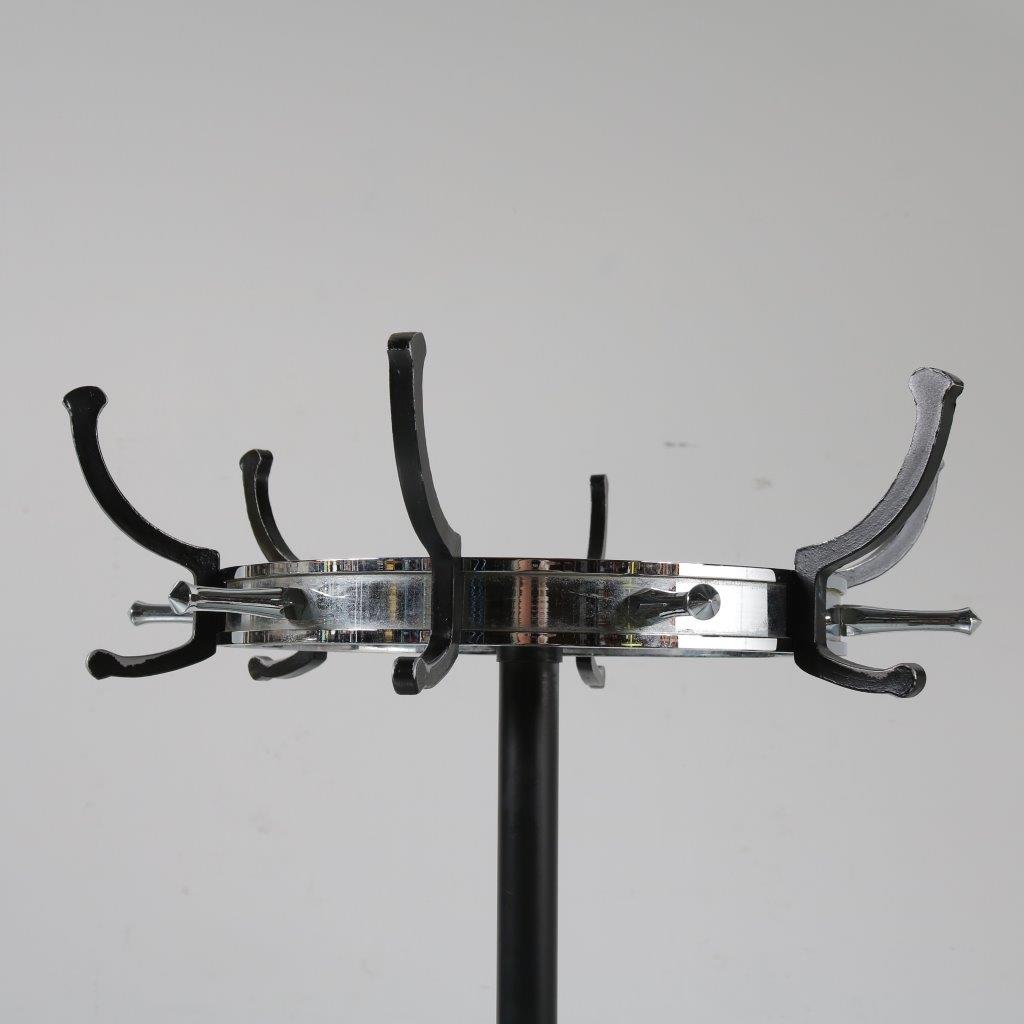 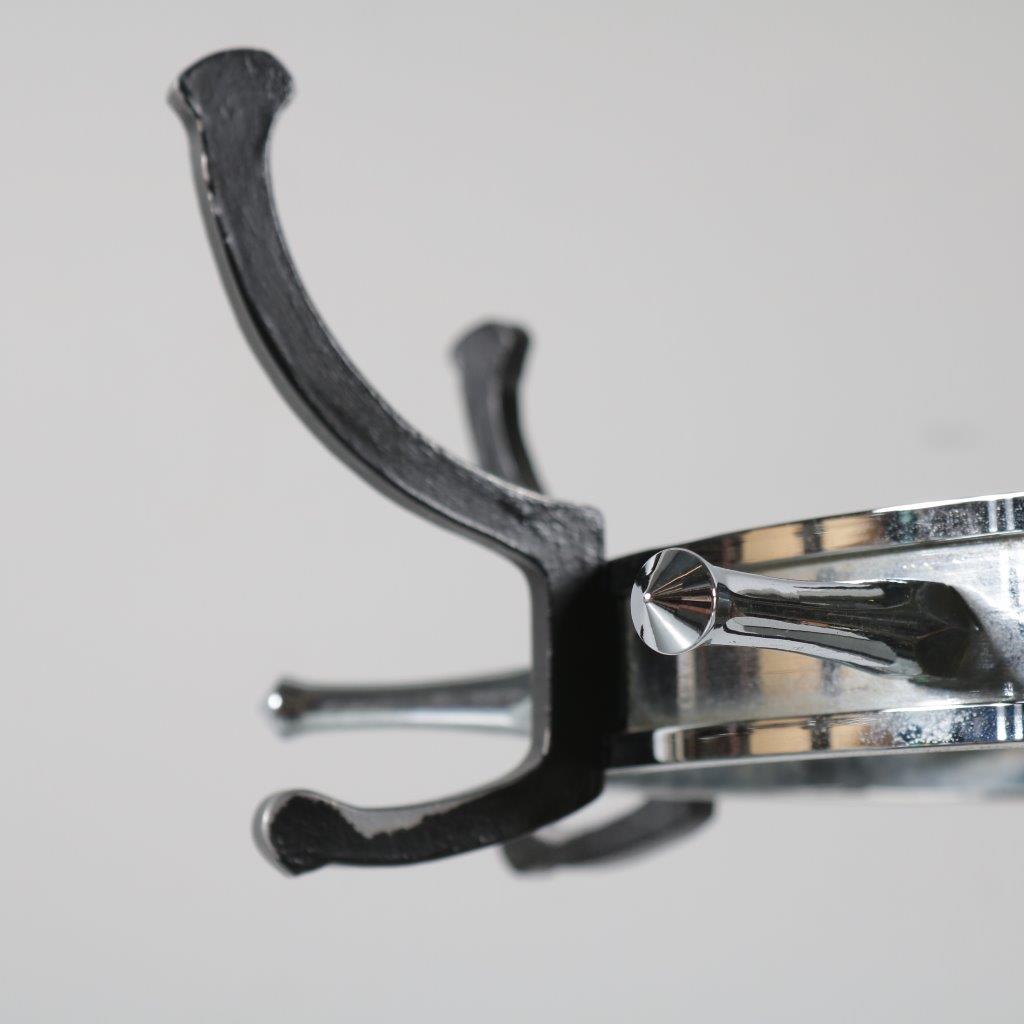 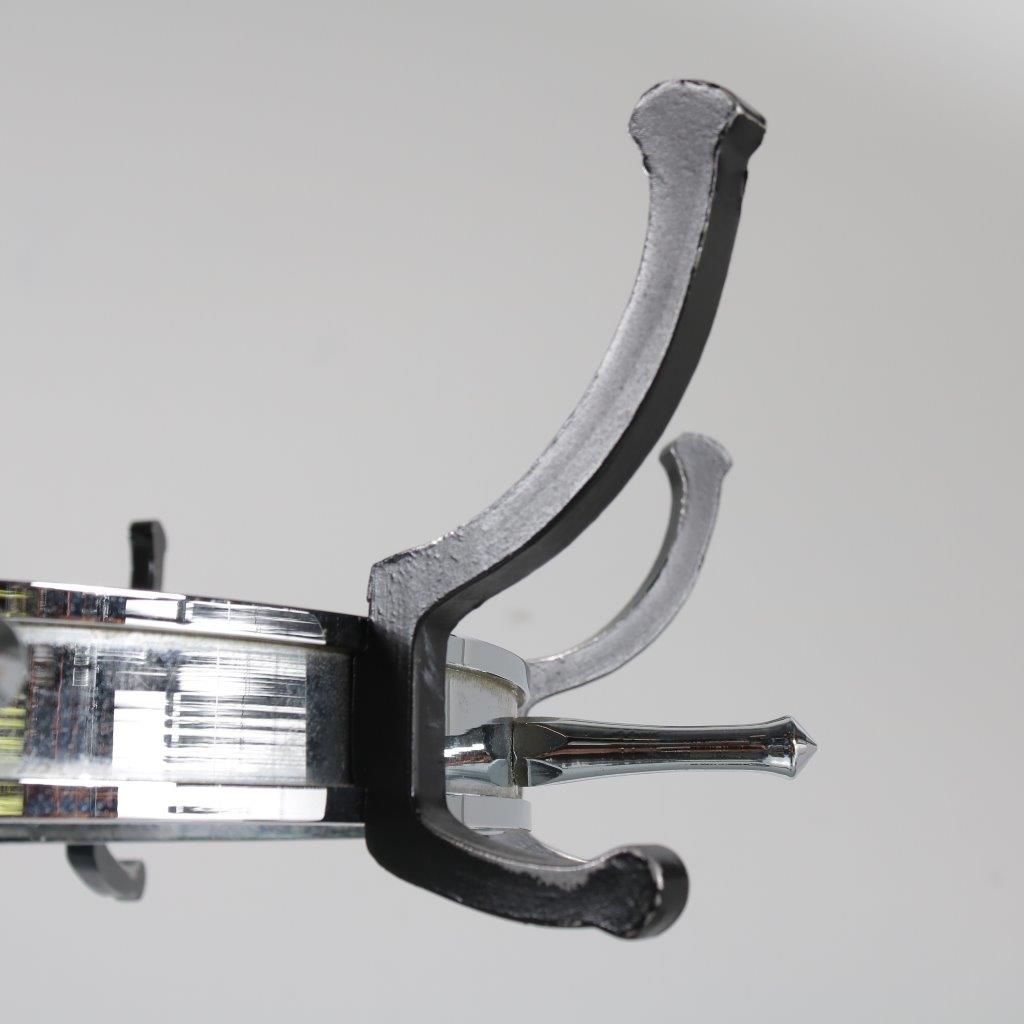 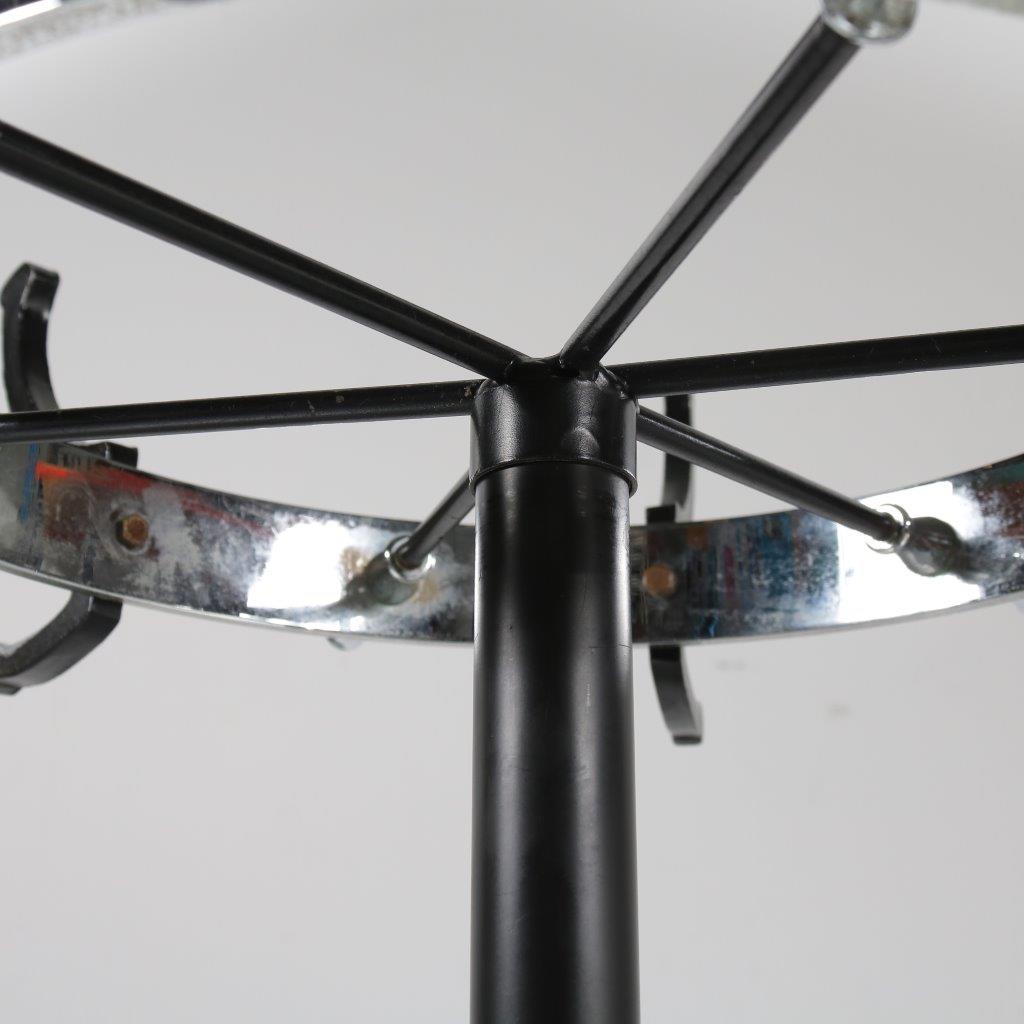 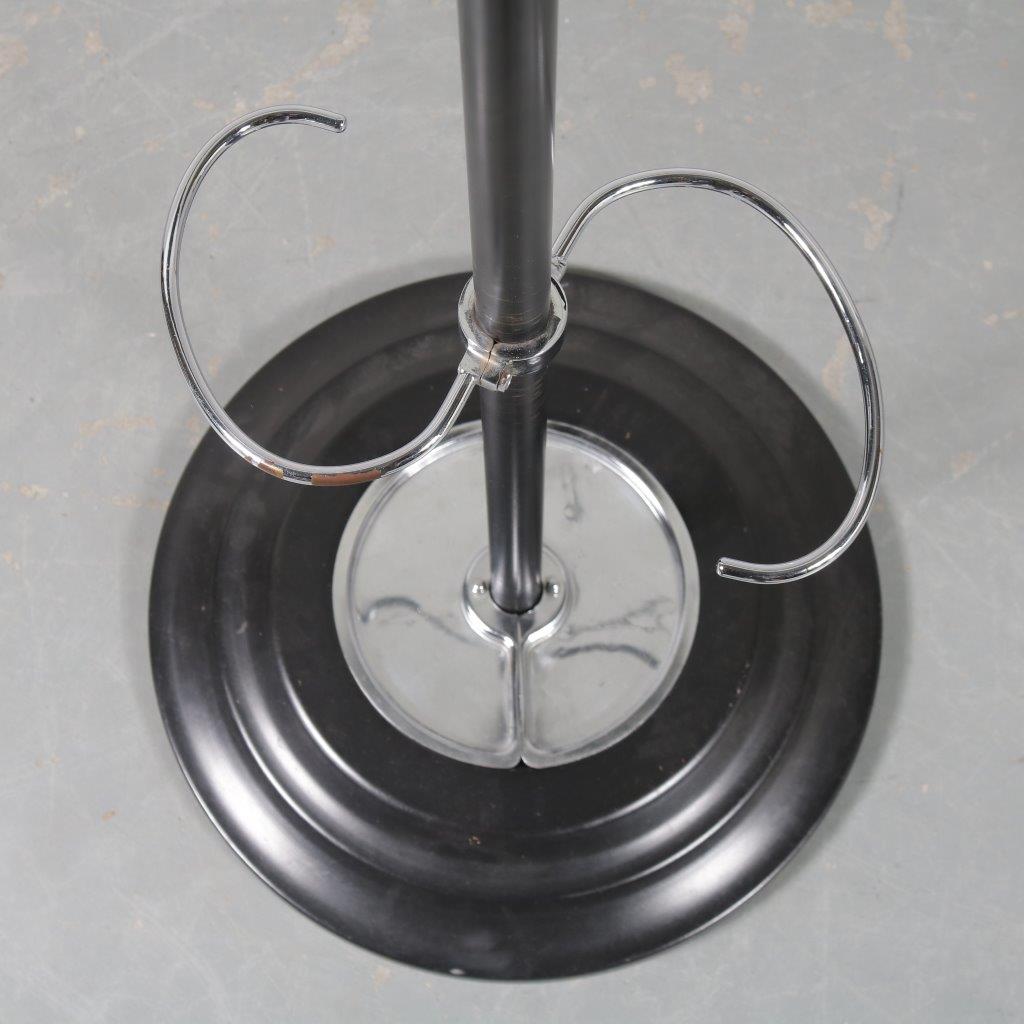 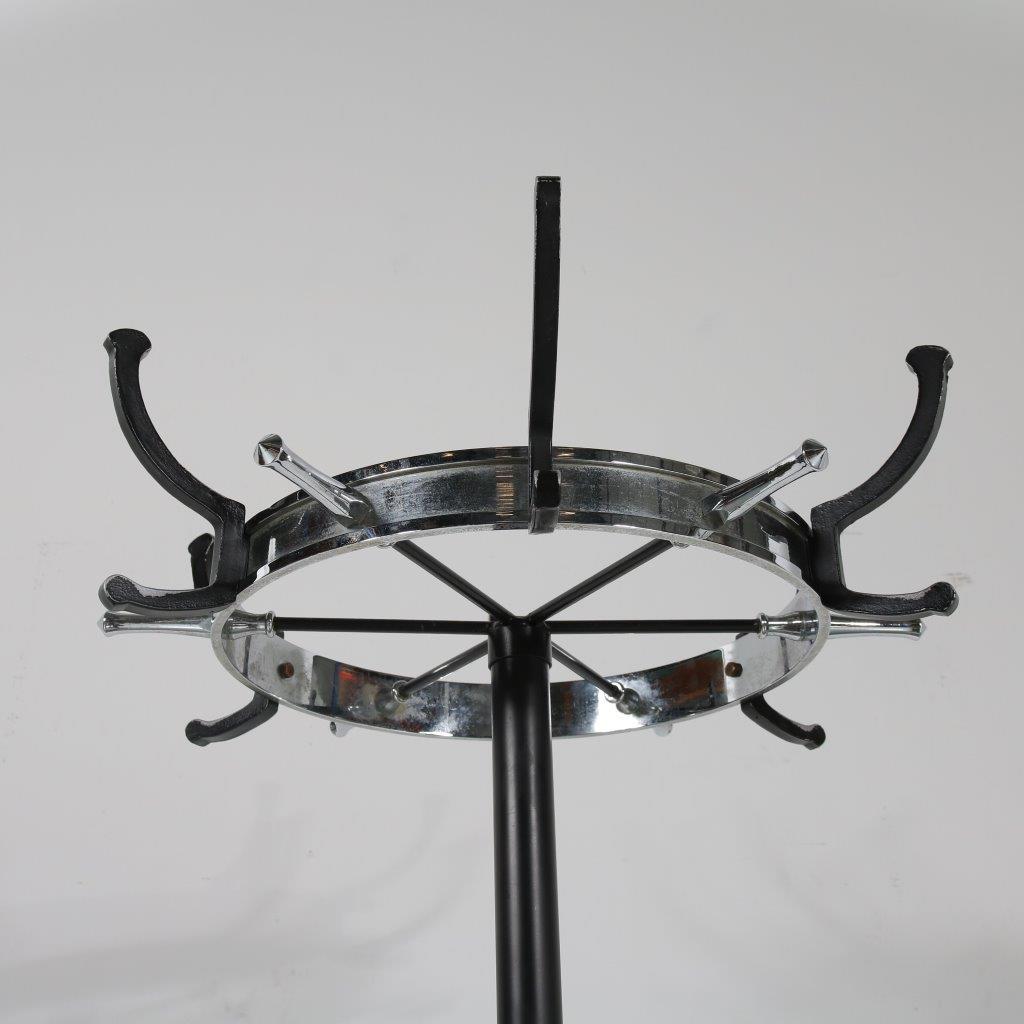 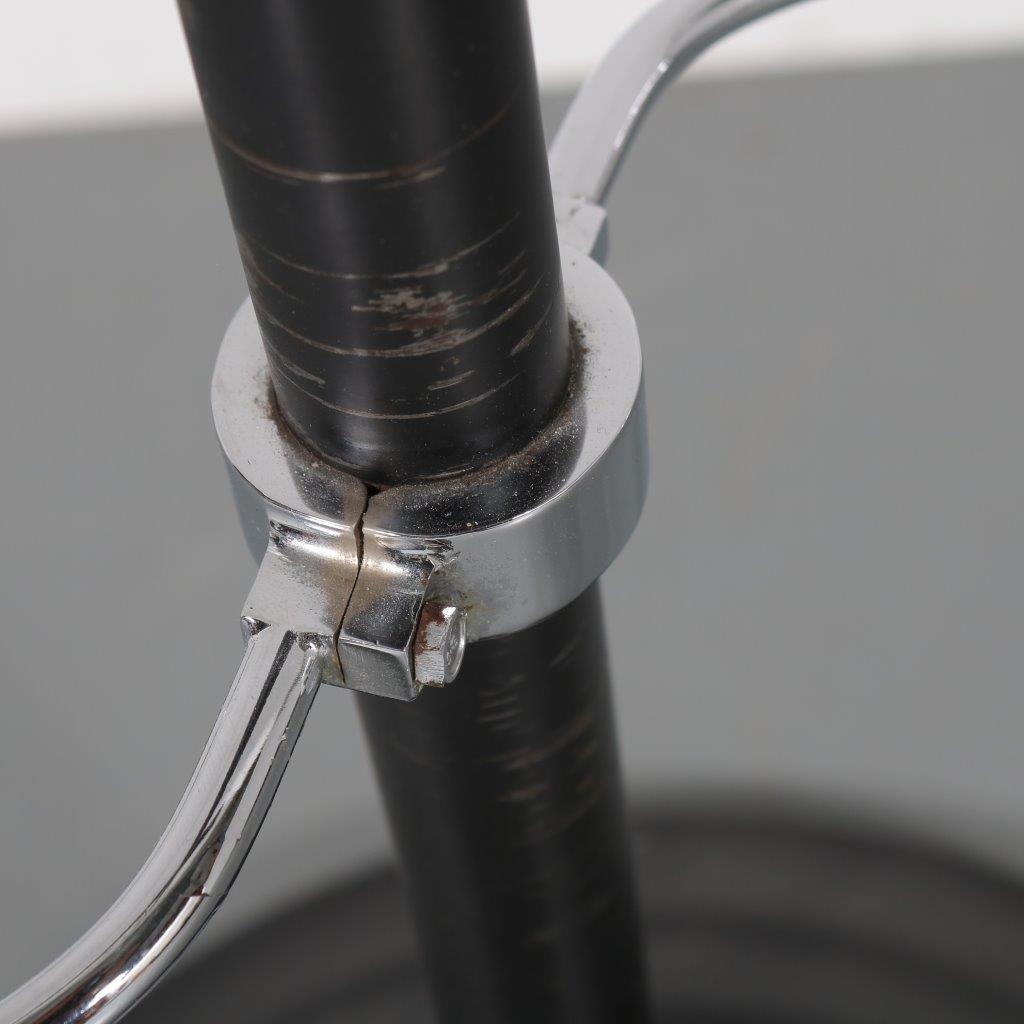 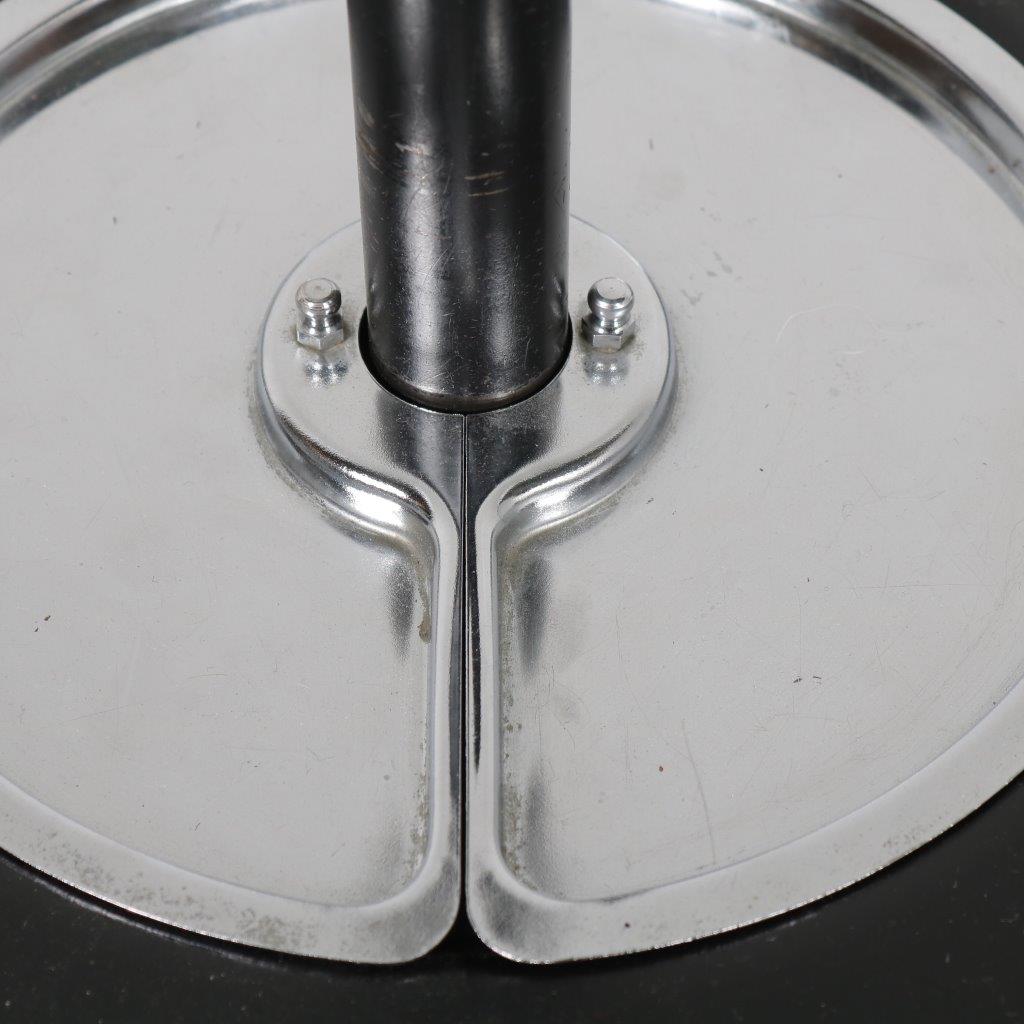 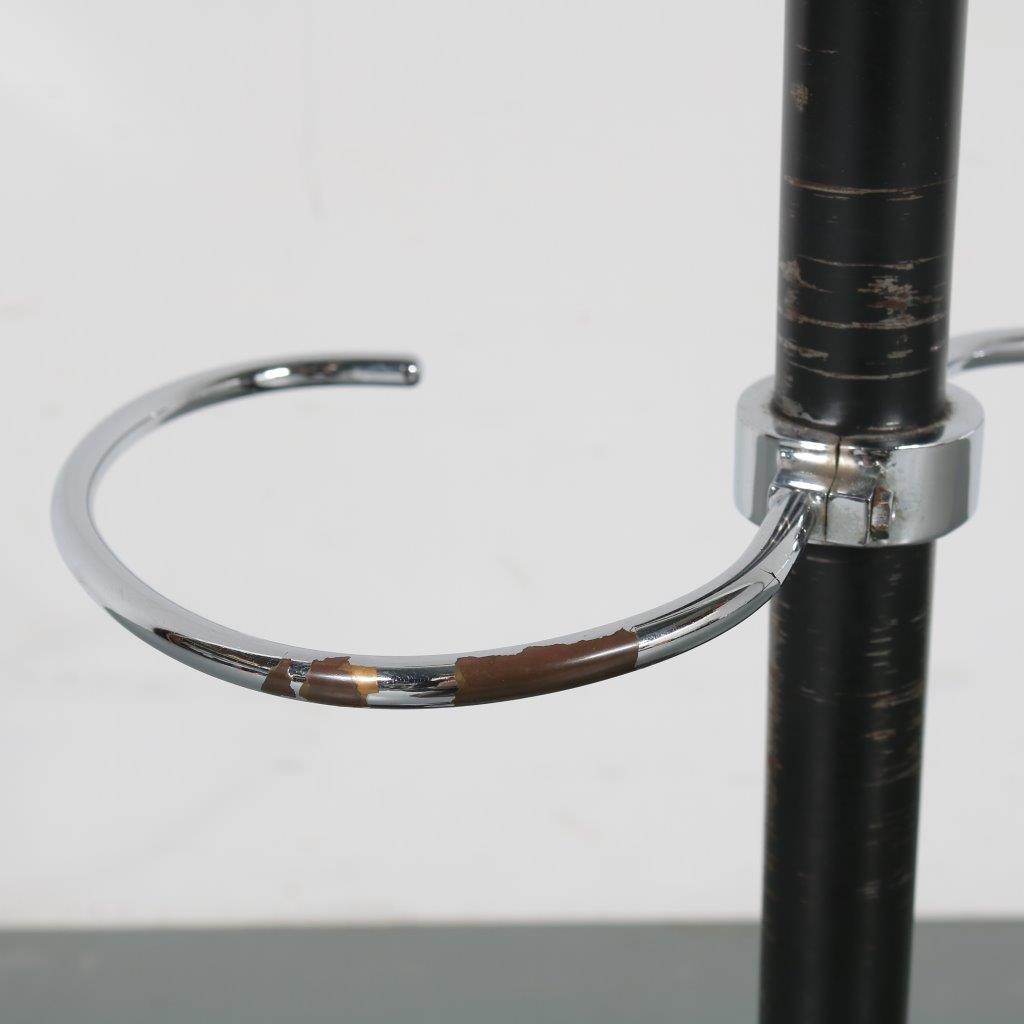 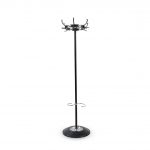 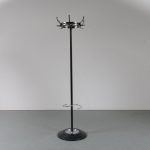 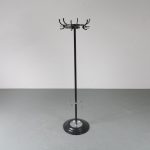 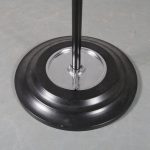 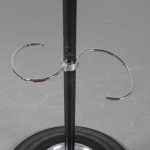 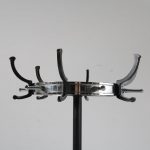 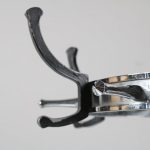 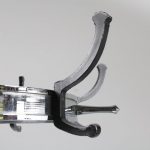 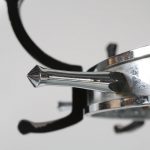 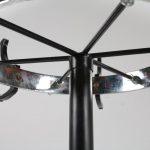 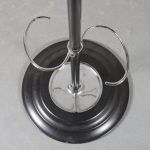 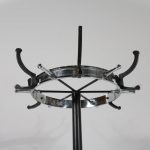 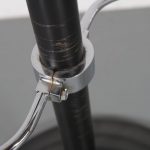 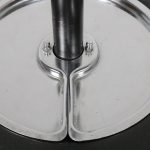 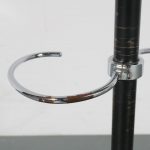 A beautiful coat rack designed by Jacques Adnet, manufactured in France around 1950.

This luxurious piece is made of high quality black lacquered metal with chrome. The round foot has a chrome plated inner circle, and up the black stand are two curved umbrella holders in a nice, elegant shape. The top with the coat holders has a beautiful chrome ring, holding several black and chrome hooks.

Jacques Adnet (April 20, 1900 – October 29, 1984) was a French Art Deco modernist designer, architect and interior designer. An icon of luxurious French Modernism. He attended the Municipal School of Design in Auxerre and the École des Beaux-Arts Paris. He believed in the functional aspect of furniture combined with geometrical simplicity. Jacques Adnet was inspired by pre-classical styles and was well acquainted with traditional furniture. Until the age of 28, Jacques lived and worked hand in hand with his twin brother Jean at the Studio La Maitrise, where they met the Art Déco designer Maurice Dufrene. From 1928 to 1960, he directed La Compagnie des Arts Francais. His team of decorators included Francois Jourdain, Charlotte Perriand and Georges Jouve. Adnet presided over the Salon des Artistes Decorateurs from 1947 to 1949. During the 1950s, he created furniture and concentrated on the numerous commissions he received, such as the decoration of the private apartments of the President at the Elysée Palace or the meeting room of the UNESCO headquarters in Paris. In 1959 he became the director of École nationale supérieure des arts décoratifs in Paris until 1970.