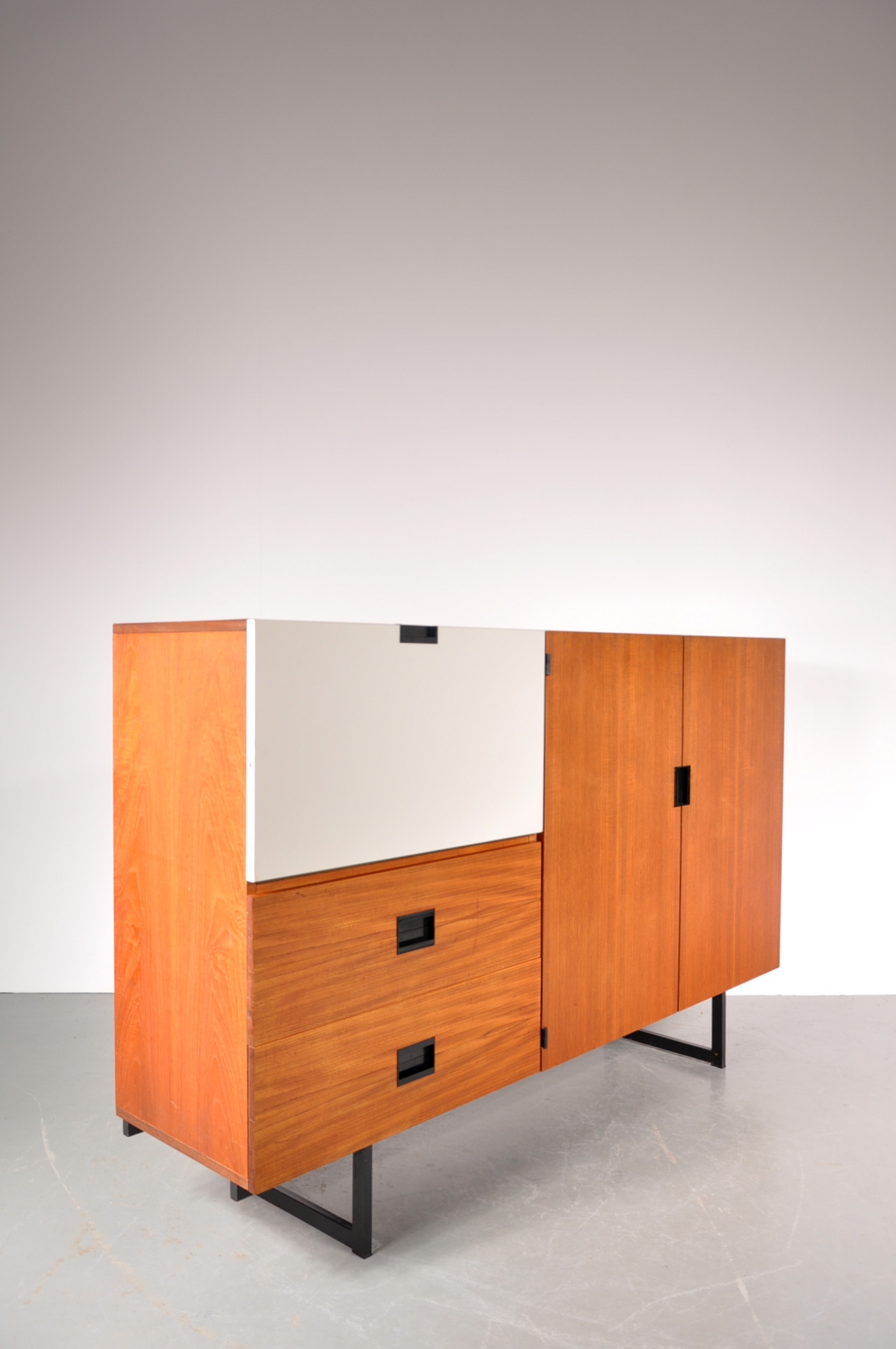 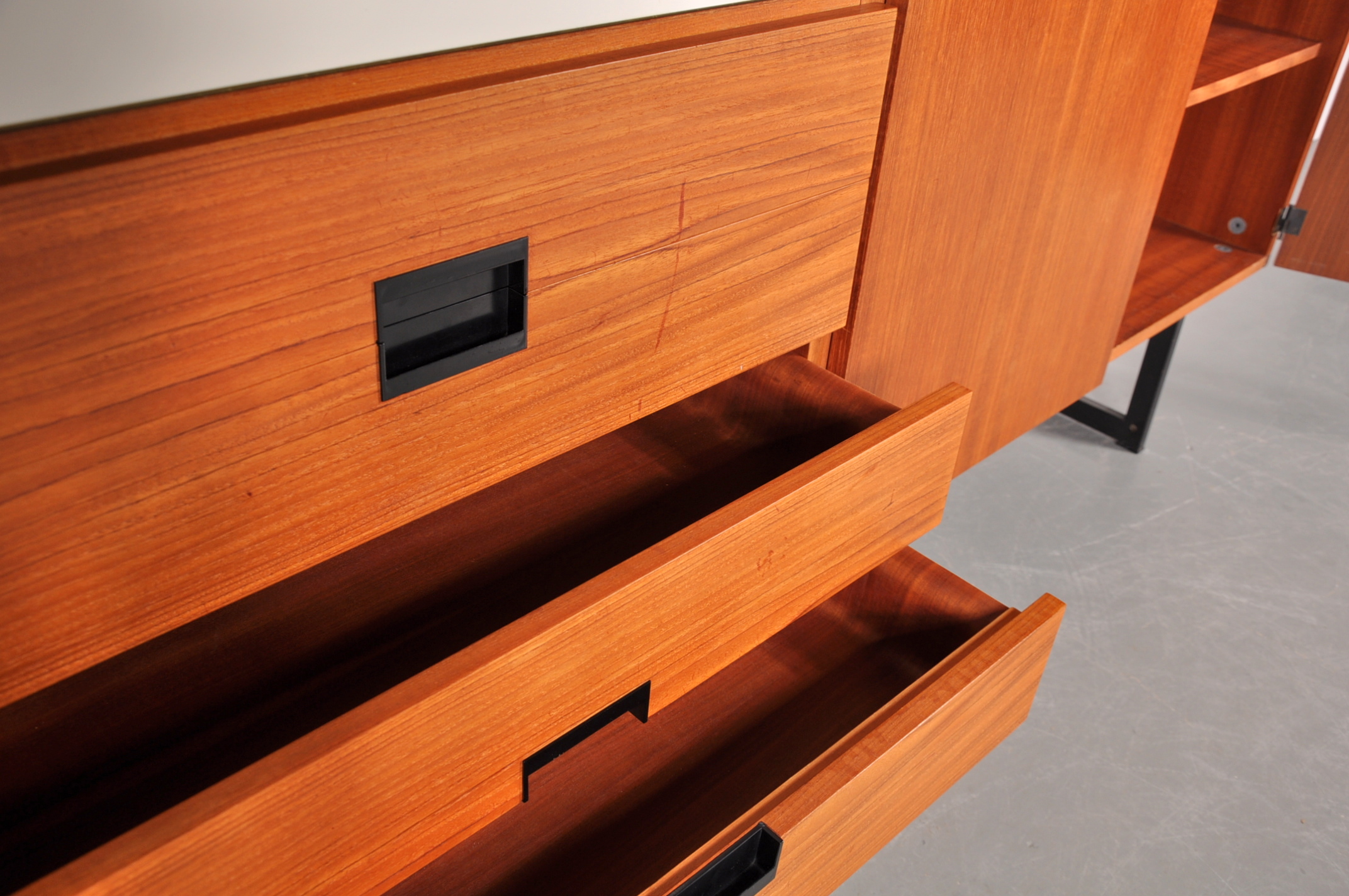 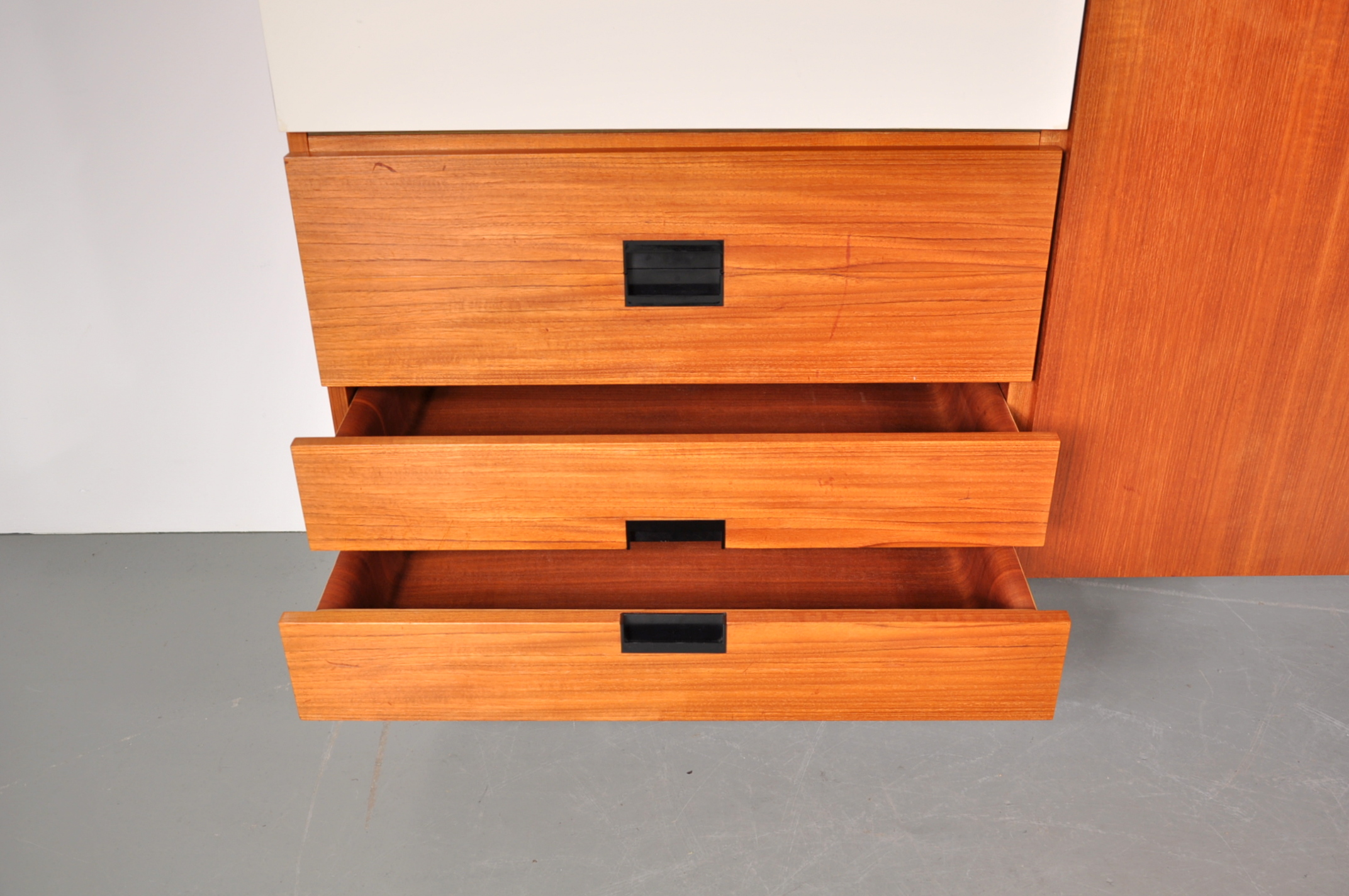 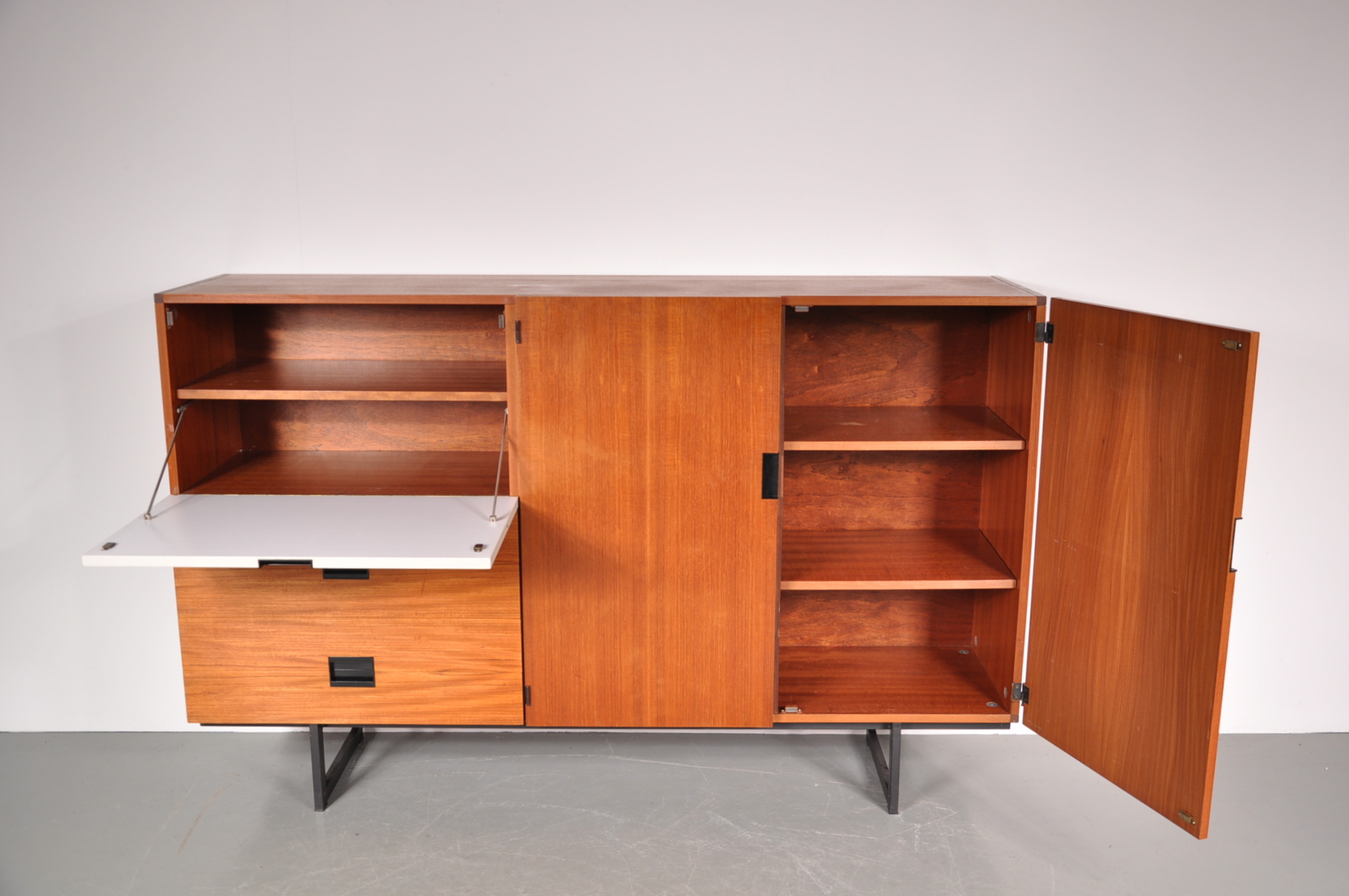 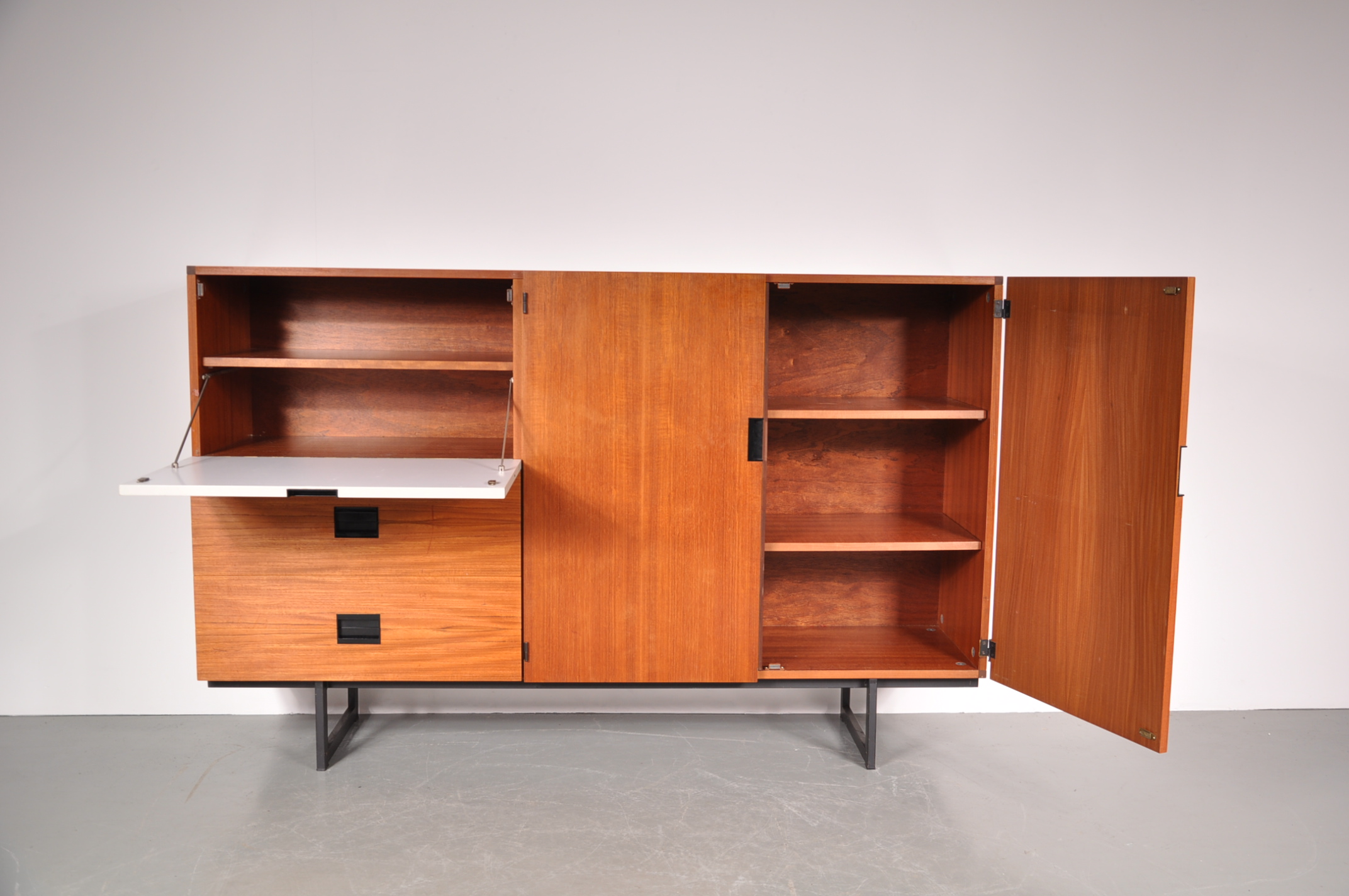 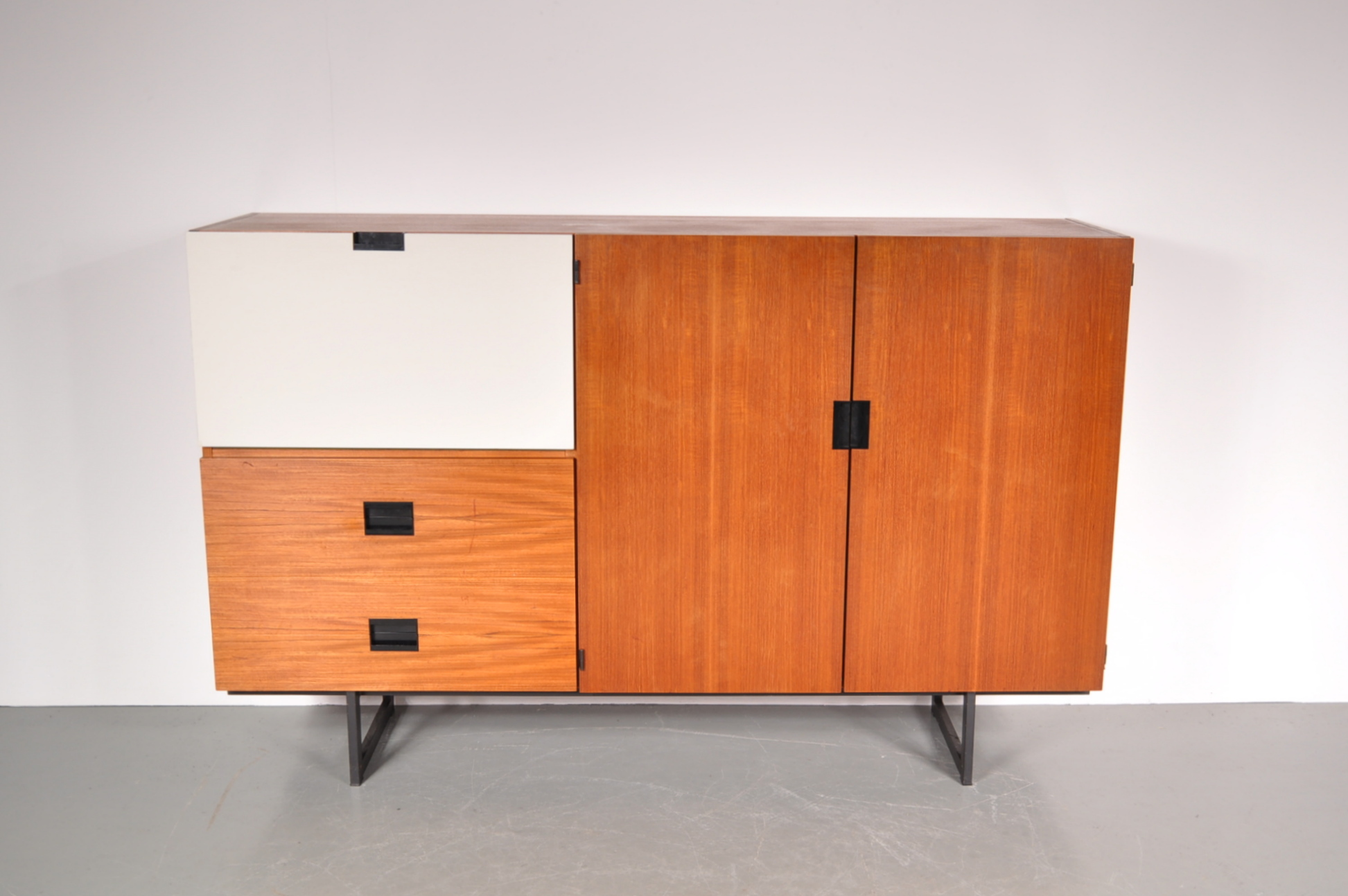 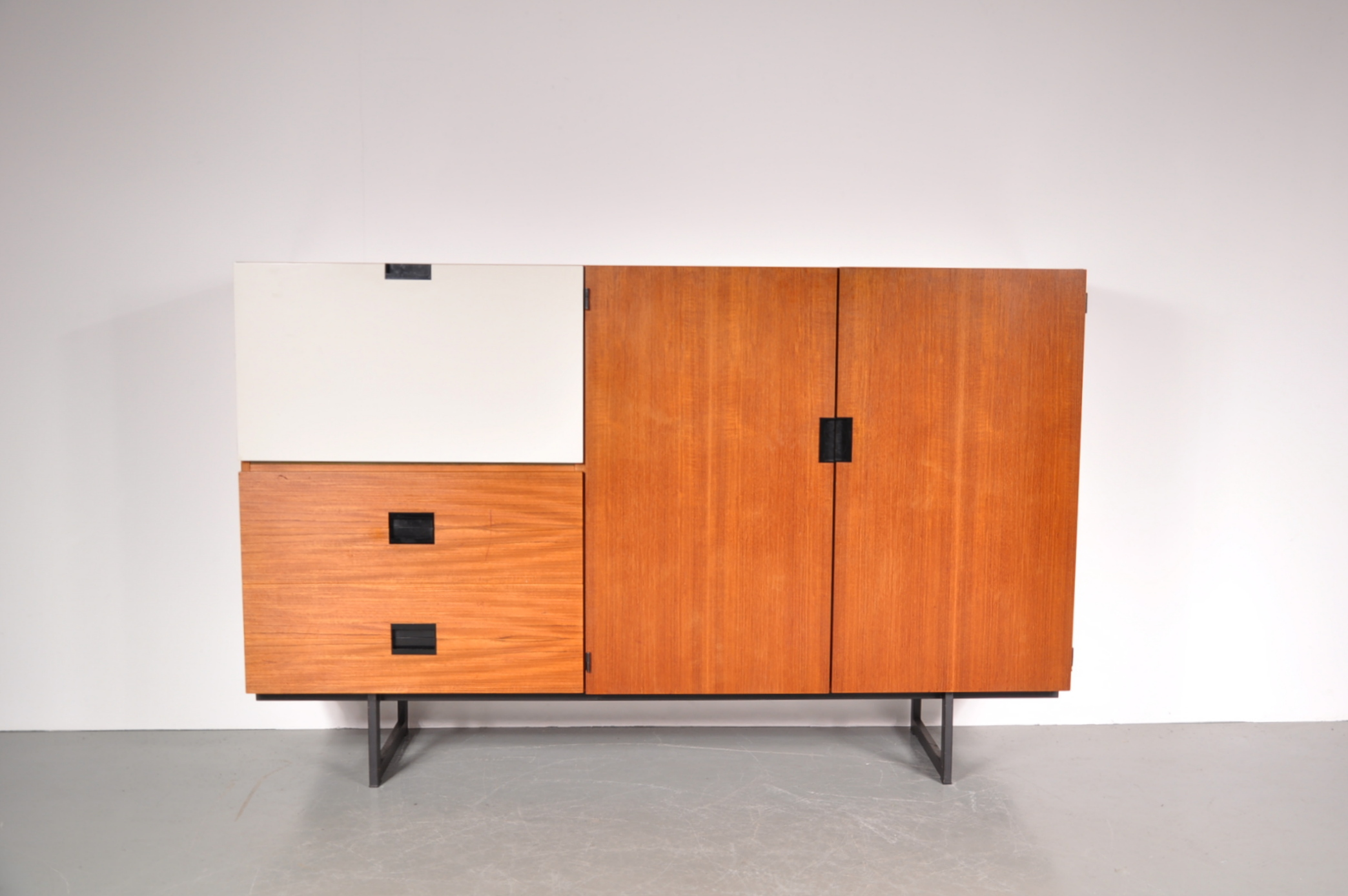 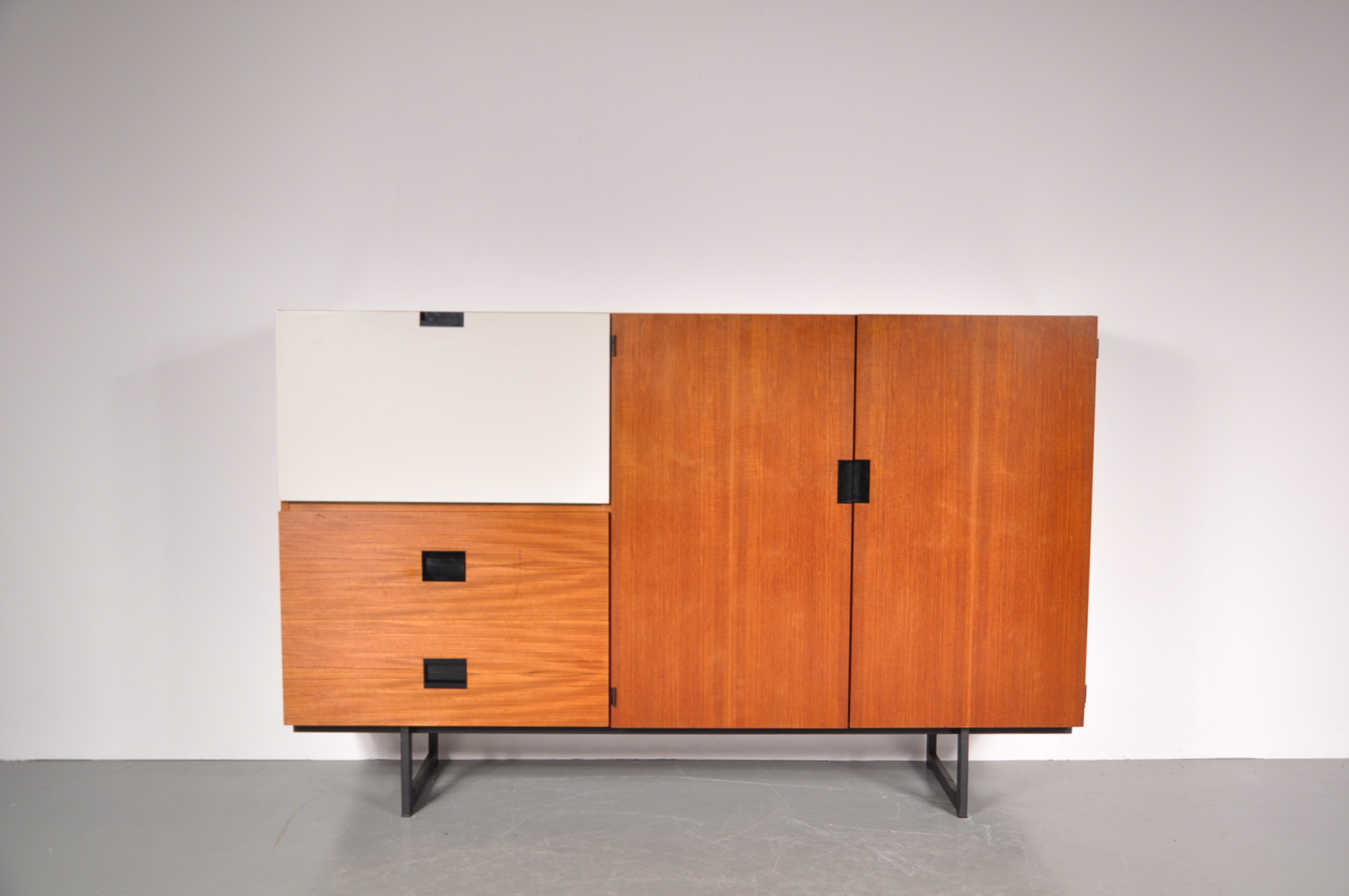 Japanese Series Cabinet by Cees Braakman for Pastoe, Netherlands, circa 1960 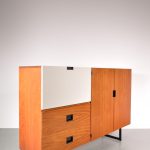 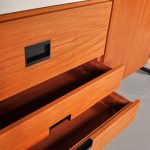 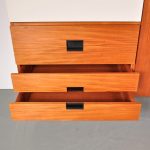 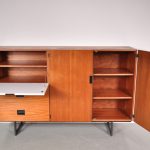 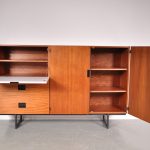 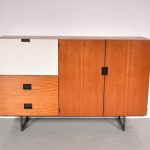 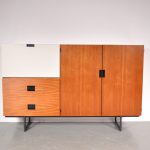 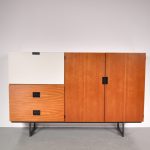 Beautiful Dutch design cabinet from the highly wanted Japanese Series designed by Cees Braakman, manufactured by Pastoe in the Netherlands, circa 1960. This stunning cabinet is made of the highest quality teak on a black metal base. It has two teak doors, four teak drawers and one white laminated door. The black square handles make it a highly recognizable Japanese series piece. It would make a great addition to any Mid-Century interior! In great original condition with minor wear consistent with age and use, preserving a beautiful patina.

Braakman began working at Pastoe when he was 17, and his father was the manager and head draftsman. During this period he learned the trade and helped produce the classical designs that were the staple of the company at that time. After World War II they were able to salvage enough of their machinery to start production again, and in 1947 Braakman was sent to the United States to study other manufacturer’s designs and processes. He traveled to twelve companies, but was most inspired by the Herman Miller Company and the work of Charles & Ray Eames. When he returned to the Netherlands he began experimenting with bending plywood and created the first modern line of furniture for Pastoe. During the 1950s Braakman’s designs were supported and promoted by the ‘Stichting Goed Wonen,’ (Good Living Foundation), a group devoted to bringing manufacturers, designers, consumers and store owners together to create a shared aesthetic and, they hoped, improve the standard of living. The Foundation published a magazine in which Pastoe furniture was lauded repeatedly for its stylish and efficient modern designs. Their bent plywood drawer interiors, for instance, were praised for the way they facilitated cleaning. This endorsement helped Pastoe increase its clientele, and create a reputation as purveyors of truly forward thinking furniture. Braakman also created a new naming system for the furniture, doing away with the informal names like ‘Eric’, previously given to the pieces, and instead creating a codename comprised of letters and numbers. Around the same time he helped graphic designer Harry Sierman change the focus of the catalogs from pamphlets into small, visually arresting books. Starting in 1955, and continuing through the 1960s, Braakman devoted much of his attention to the design of modular cabinets. He created a product in which the customer could choose from a variety of woods and arrangements to create a system that was ‘made to measure’ for their specific needs. In the first series the customer assembled the pieces in their home, fitting each cabinet together with a patented corner molding. The series created in the later 1960s, the ‘U+N Series’, commonly known as the ‘Japanese Series”, was more formal and was not meant to be taken apart. Both series were elegant solutions to storage problems, tailored to fit in a small living space. The 1959-1960 Pastoe catalog outlined the “basic features of his [Braakman’s] design” as “a sense of proportion, a taste for clean lines with an accent on first class materials.”.