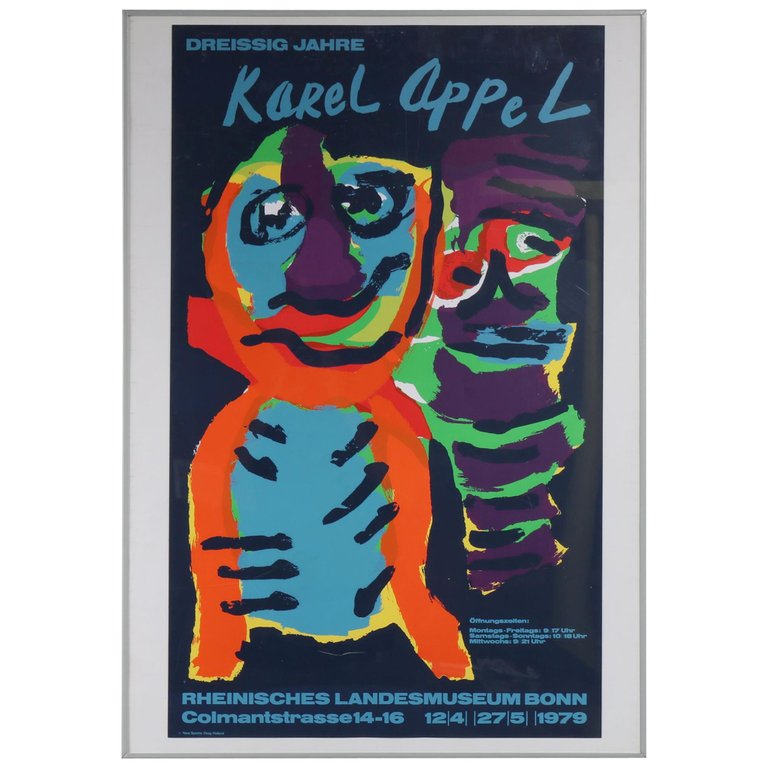 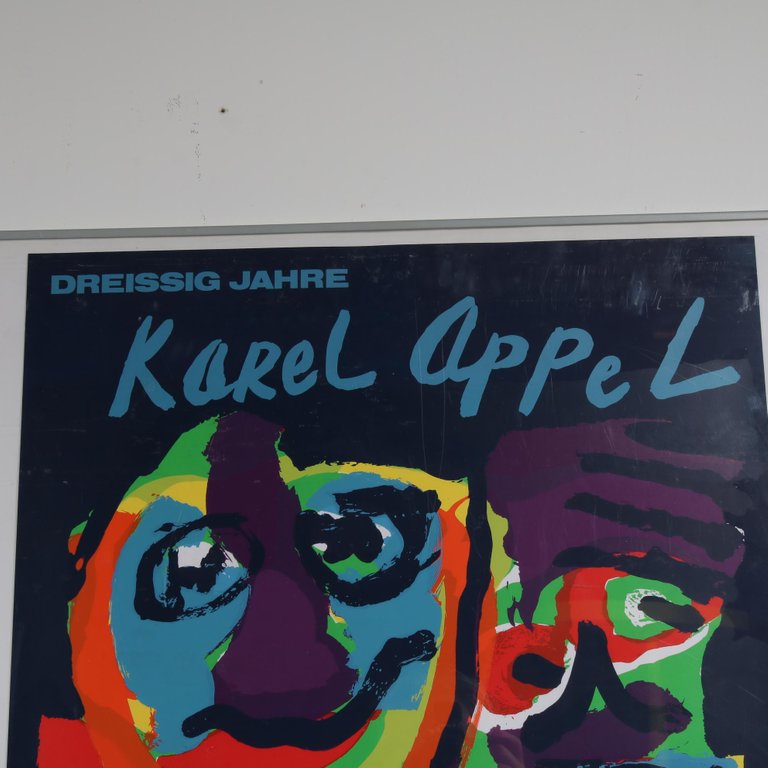 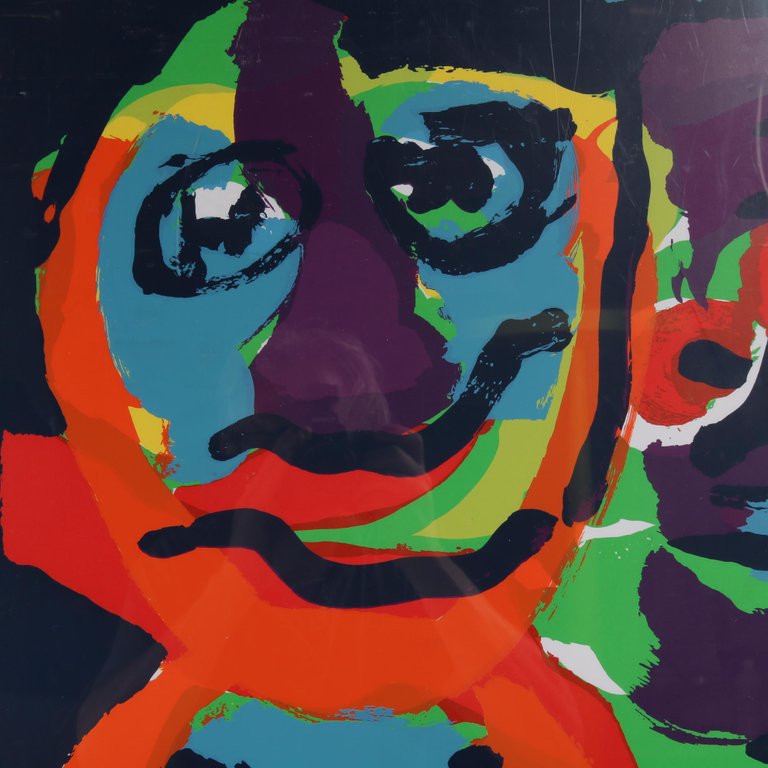 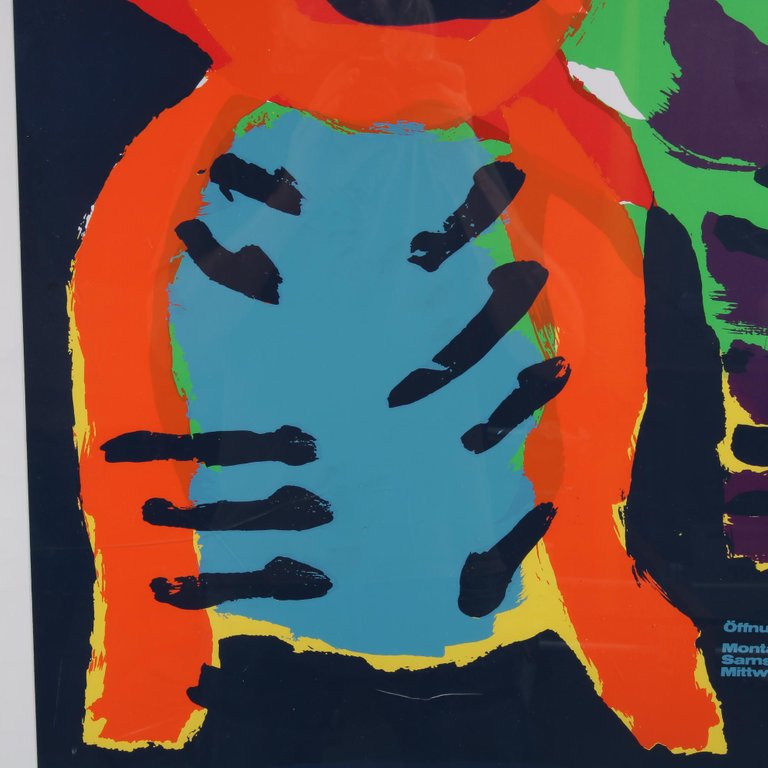 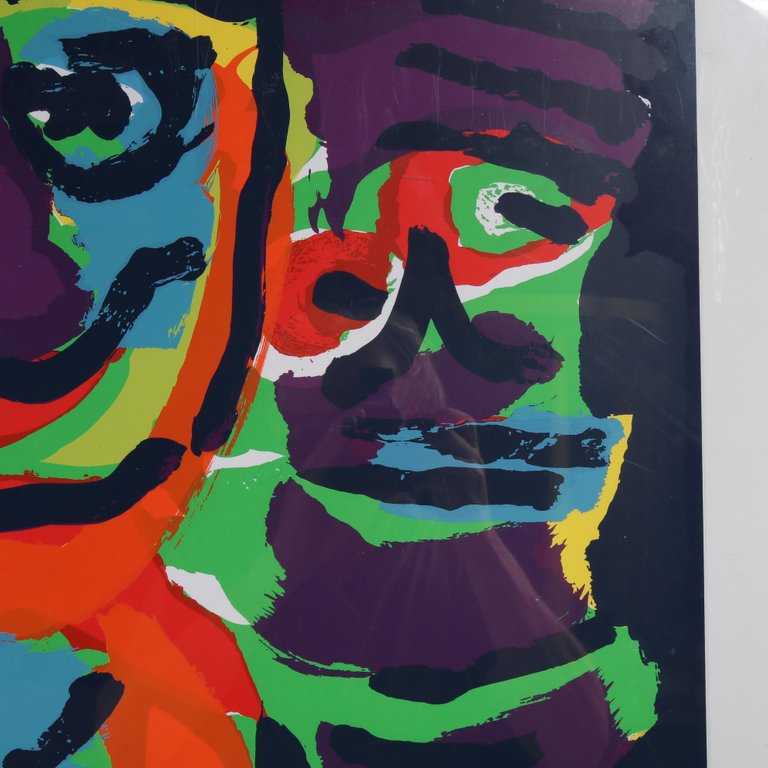 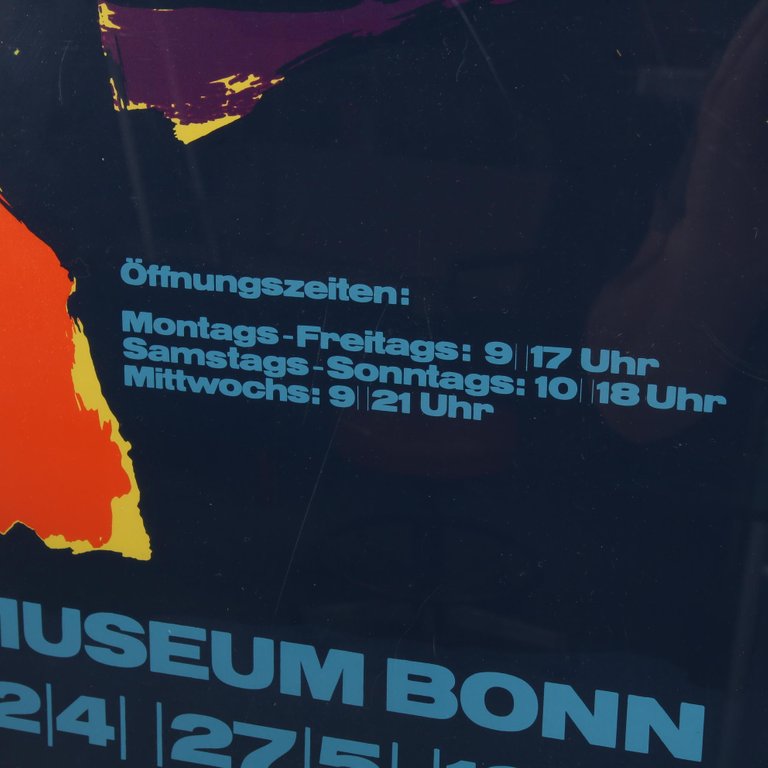 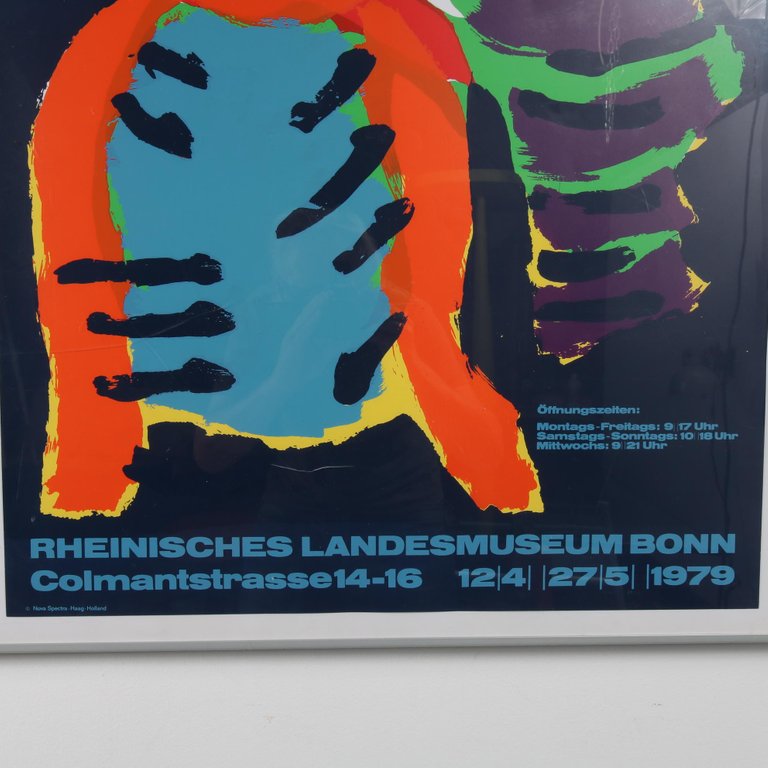 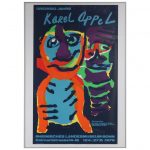 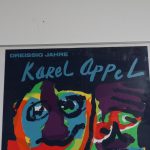 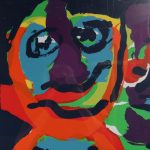 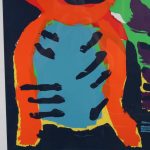 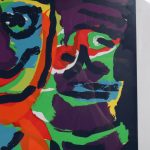 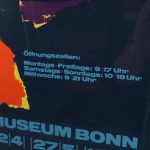 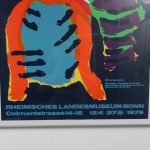 A rare Karel Appel Silk Screen made for the Rheinisches Landesmuseum Bonn in Germany in 1979.

This poster was designed by Karel Appel himself and produced for an exhibition in Germany to celebrate 30 years of Karel Appel in the Rhineland State Museum. It’s a beautiful, colorful artwork in Appel’s iconic style! This is a wonderful opportunity to add a beautiful piece of Dutch art history to your own decor!

About the designer:
Christiaan Karel Appel was a Dutch painter, sculptor, and poet. He was one of the founders of the avant-garde movement Cobra in 1948. From 1940-1943, during the German Occupation, Appel studied at the Rijksakademie van Beeldende Kunsten in Amsterdam, and it was there he met the young painter Corneille and, some years later, Constant. Appel had his first show in Groningen in 1946. In 1949 he participated with the other CoBrA artists in the Stedelijk Museum Amsterdam; this generated a huge scandal and many objections in the press and public. He was influenced by Pablo Picasso, Henri Matisse and the French brute-art artist Jean Dubuffet. In 1947 he started sculpting with all kinds of used materials (in the technique of assemblage) and painted them in bright colors: white, red, yellow, blue and black. In 1948 Appel joined CoBrA (from:Copenhagen, Bruxelles, Amsterdam) together with the Dutch artists Corneille, Constant and Jan Nieuwenhuys and with the Belgian poet Christian Dotremont. The new art of the CoBrA-group was not popular in the Netherlands, but it found a warm and broad welcome in Denmark. Appel moved to Paris in 1950 and developed his international reputation by travelling to Mexico, the USA, Yugoslavia and Brazil. After 1990 he became much more popular in the Netherlands; he had several big shows in Amsterdam and in Bruxelles, organized by director Rudy Fuchs. Also the CoBrA-museum in Amstelveen organized several shows with his work. He became the most famous Dutch artist of CoBrA. Appel’s work has been exhibited in a number of galleries, including the Anita Shapolsky Gallery in New York City, Galerie Lelong in Paris, Galerie Ulysses in Vienna, and Gallery LL in Amsterdam.