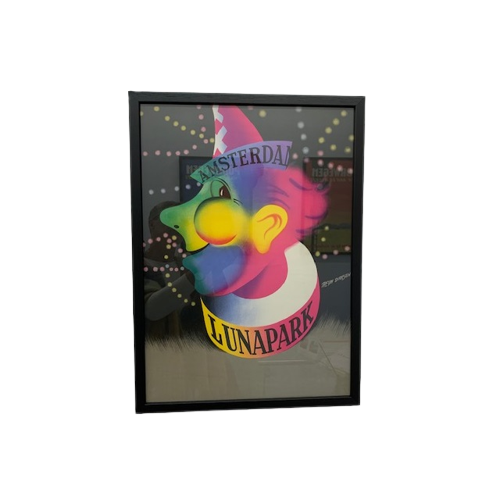 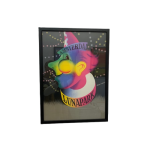 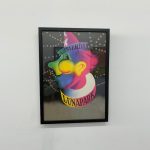 A poster for the Lunapark, designed by Reyn Dirksen in the Netherlands in 1950.

This iconic and rare poster was designed for the “Lunapark” fair in Amsterdam, the Netherlands that ran from 2 to 10 September 1950. The colourful image of a clown in front of a dark background creates a very appealing style. The crosses on Amsterdam’s coats of arms are reflected in the artwork on the clown’s hat. The  This beautiful piece would make a great addition to the decor and is a wonderful find of Dutch modern history!