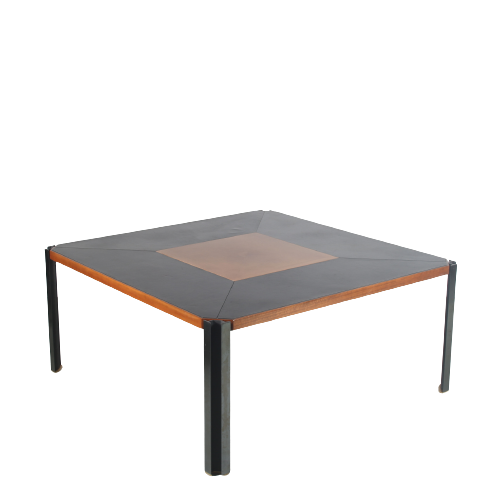 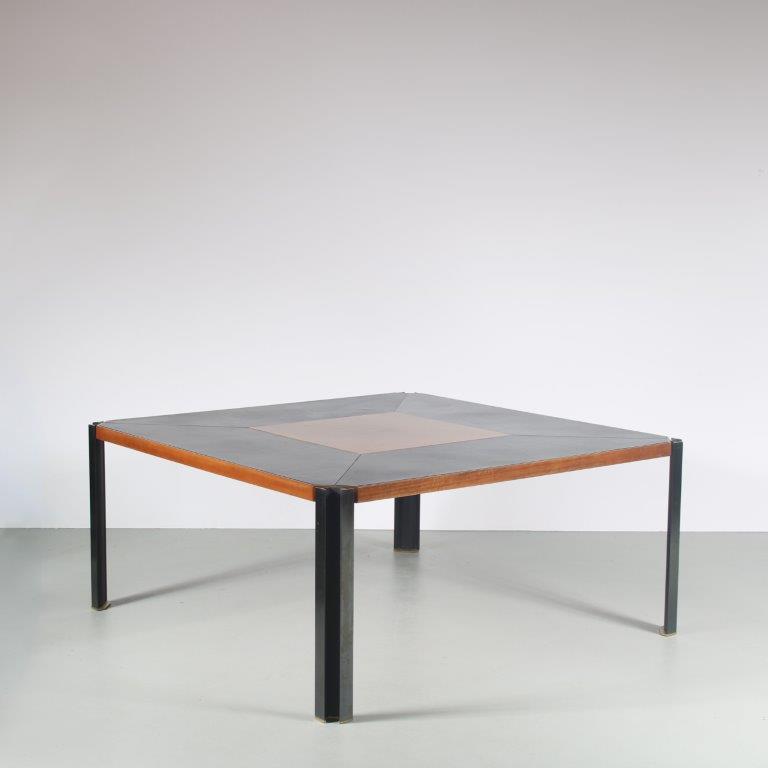 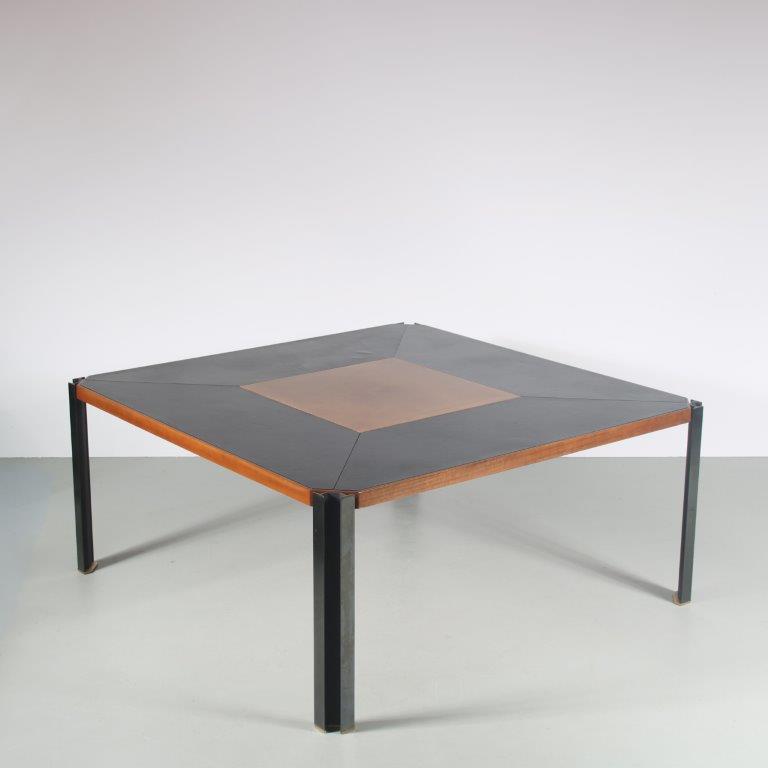 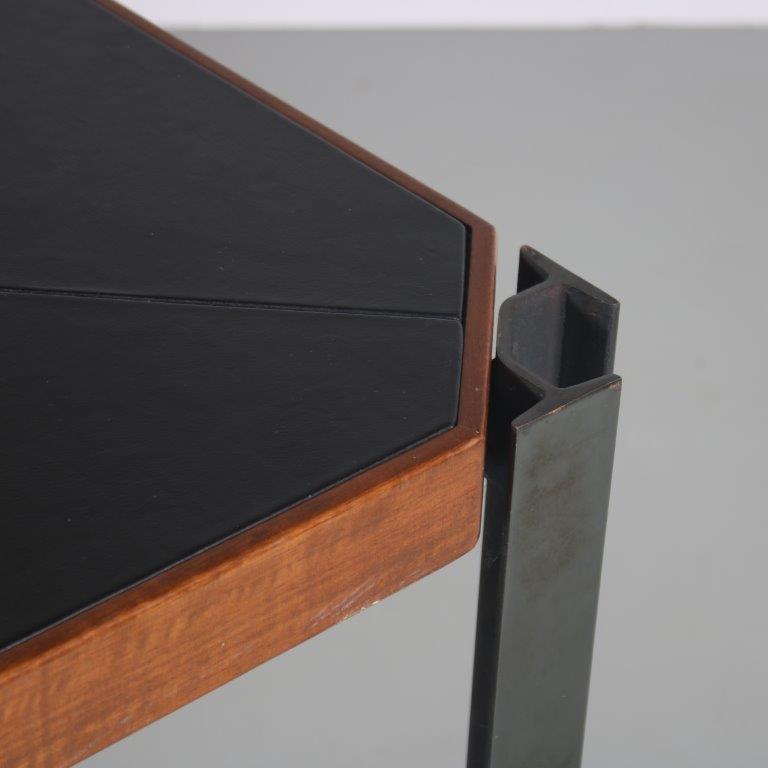 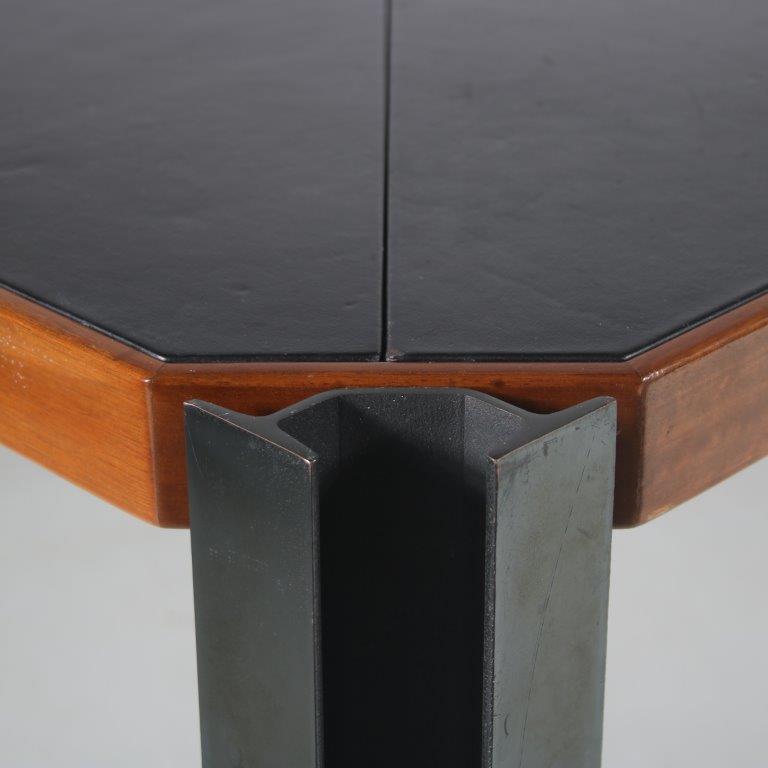 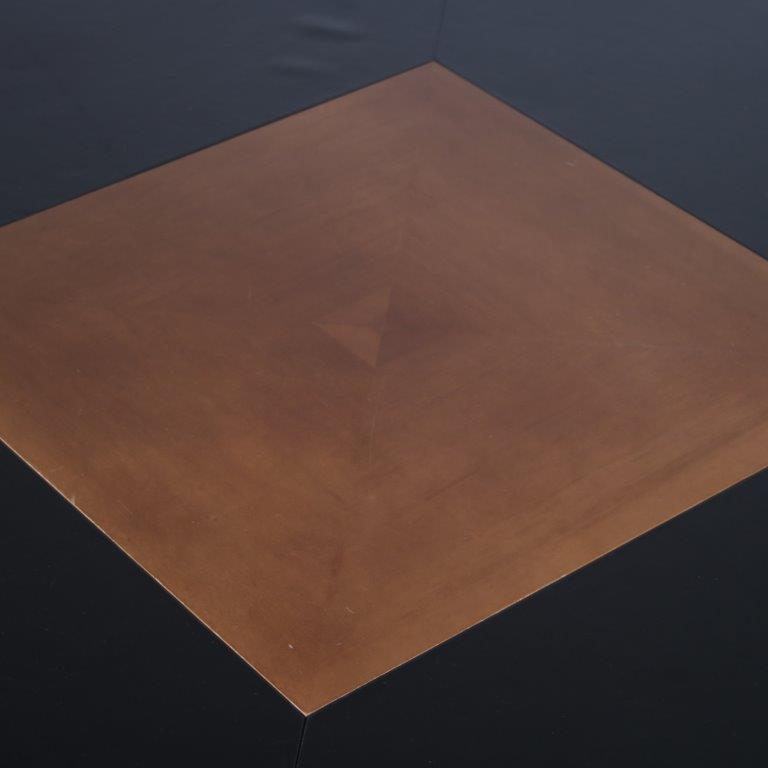 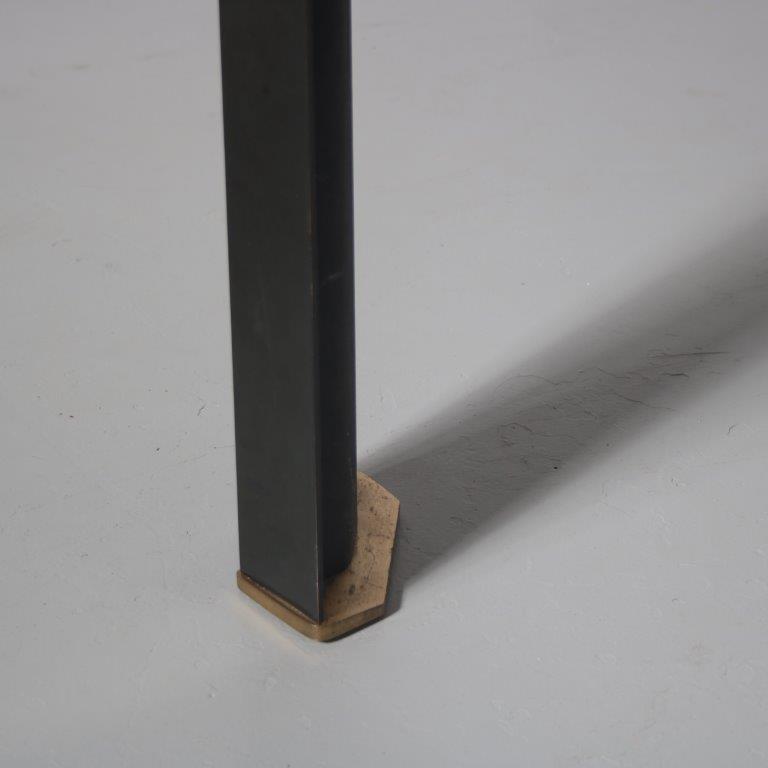 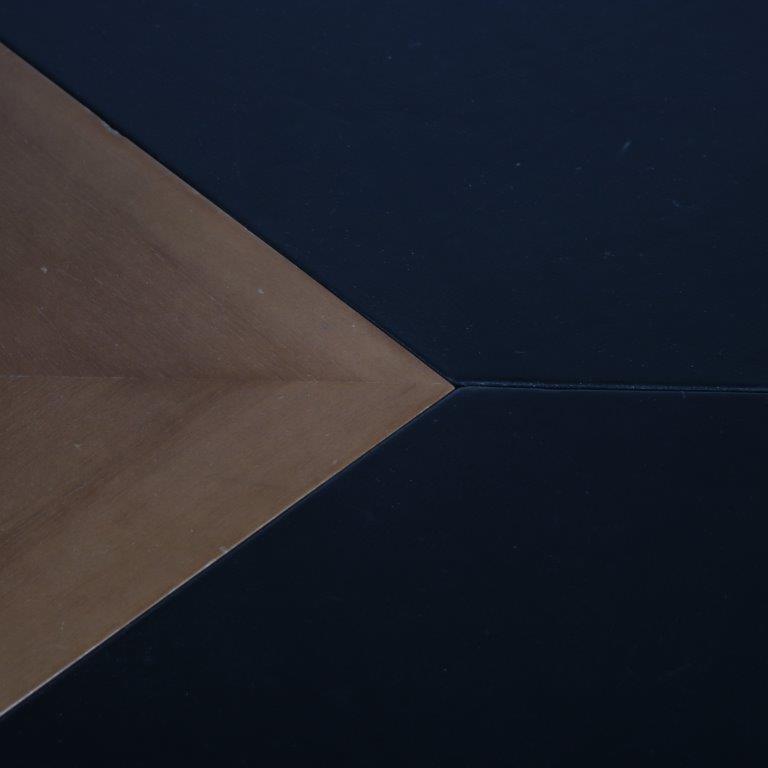 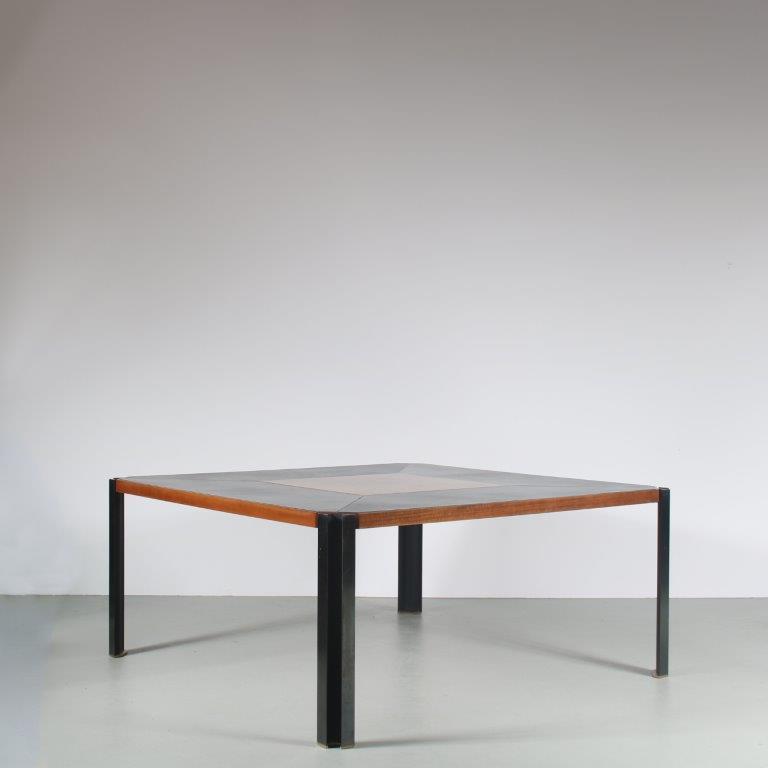 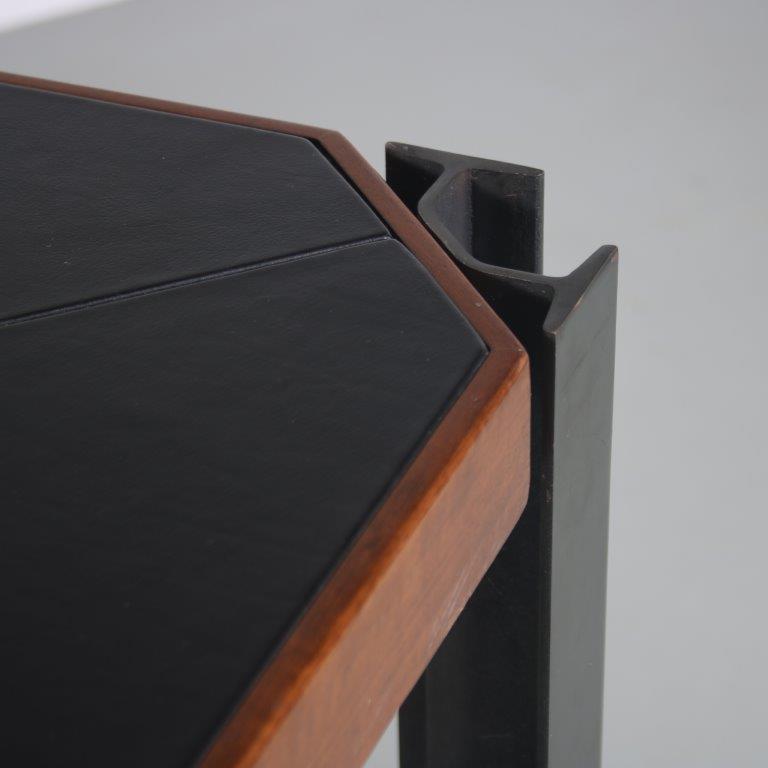 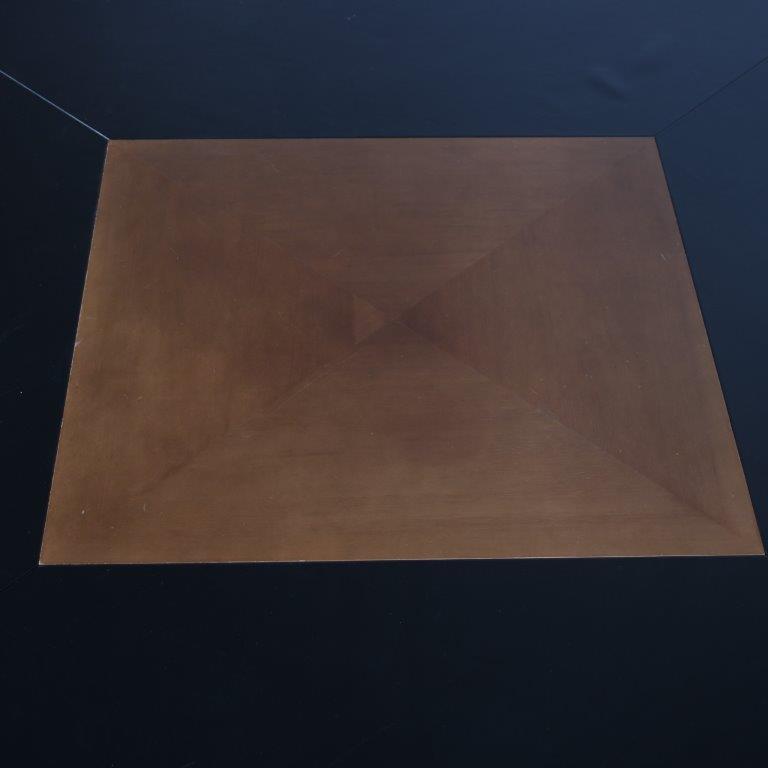 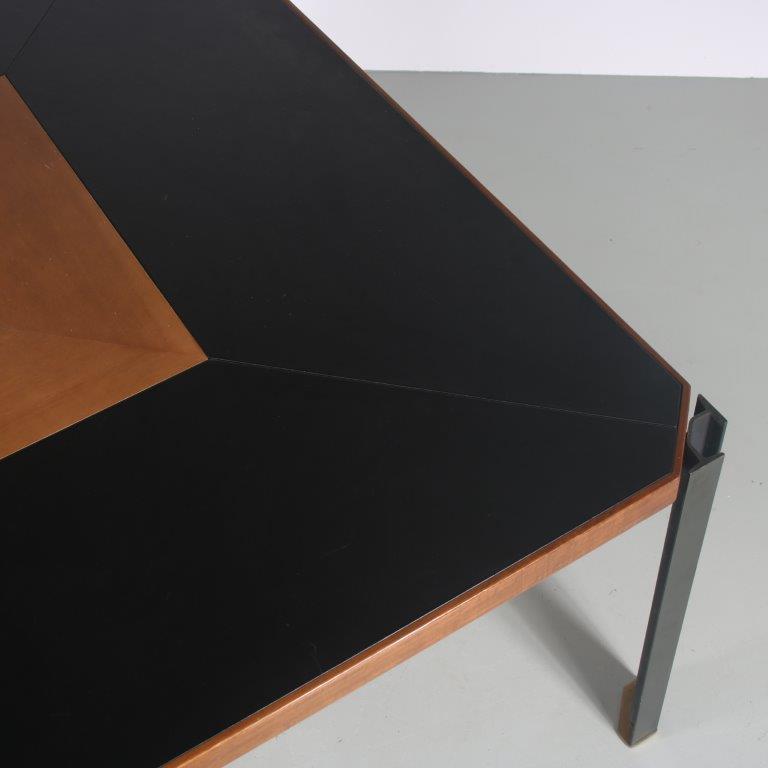 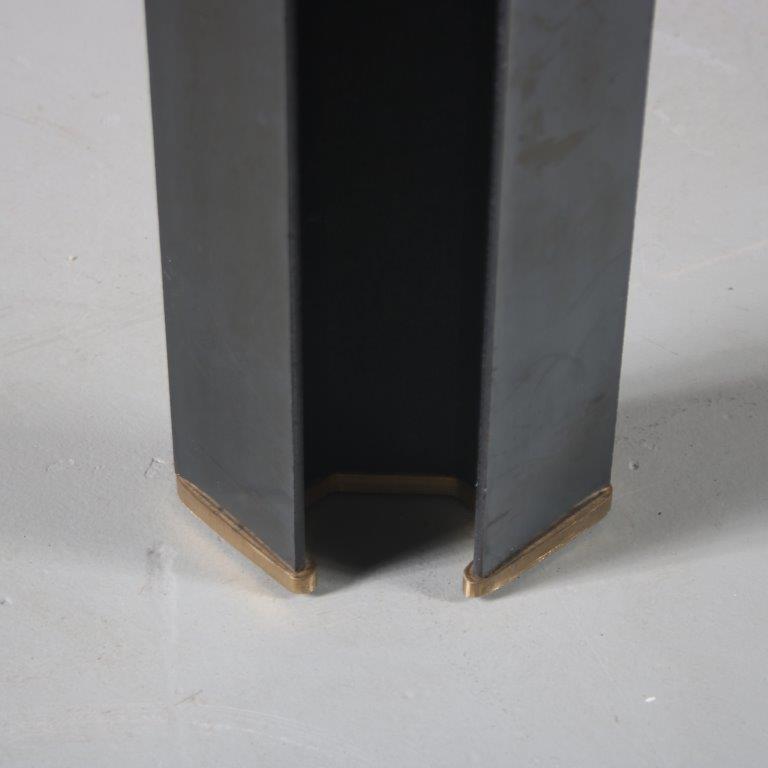 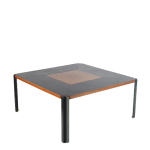 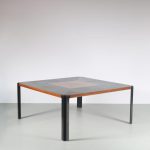 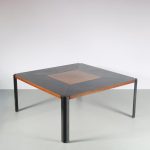 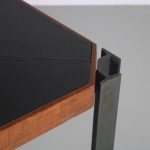 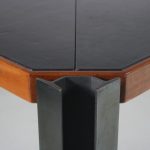 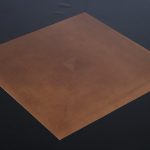 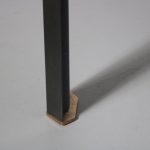 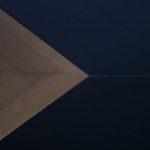 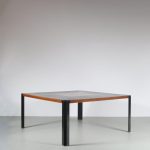 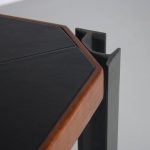 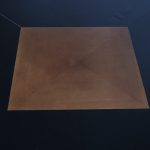 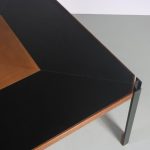 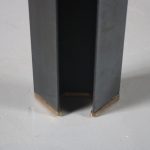 A beautiful dining table, model “T210”, designed by Osvaldo Borsani and manufactured by Tecno Milano in Italy around 1950.

This eye-catching table rests on black cast iron legs and is made of warm brown hardwood with a leather inlay to the top. This combination of materials creates an impressive and most luxurious appeal! A high quality piece that will definitely draw the attention in the dining room, by one of Italy’s most iconic mid-century designers.

Osvaldo Borsani (Varedo 1911- Milano 1985) began work at an early age in the family business of making furniture. In 1933 he participated in the fifth Triennale of Milan with the design for the “Minimal House,” which was awarded the silver medal. In the post-war period, after graduation from Polytechnic, he formed friendships with numerous artists like Lucio Fontana, Agenore Fabbri, Aligi Sassu, Roberto Crippa, Fausto Melotti, and Arnaldo Pomodoro, together with whom he realized important works of art in furnishing and interior architecture. In 1953, along with his brother Fulgenzio, he founded Tecno, the great project for which he worked his whole life in order to develop standard production with reference to that of design.
His first Industrial designs were the P40 adjustable armchair (1953) and the D70 reversible seat sofa. In 1968 it was the office system Graphis (together with Eugenio Gerli and coming into vogue around the world in a million copies) thanks to which Tecno became a world-leading manufacturer in design for the office.
At the end of the 1960s, Osvaldo Borsani, together with Marco Fantoni and Valeria Borsani, created the Tecno Designs Centre, which creates new products and secures for the company the supervision of large interior architectural works, the experimentation in new technologies, and the strategies and the tools of business communication. At the same time Borsani opened up the design to collective uses and to the contribution of external designers. Literature: Tecno.