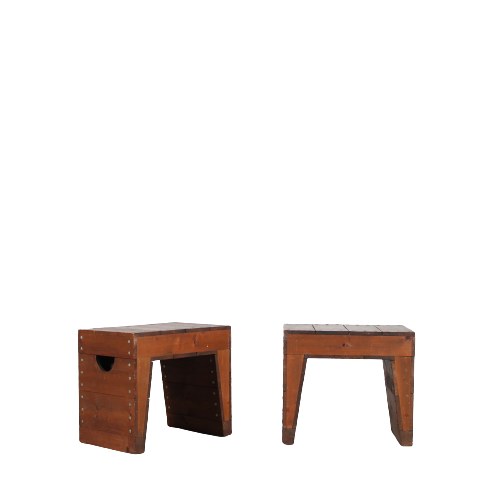 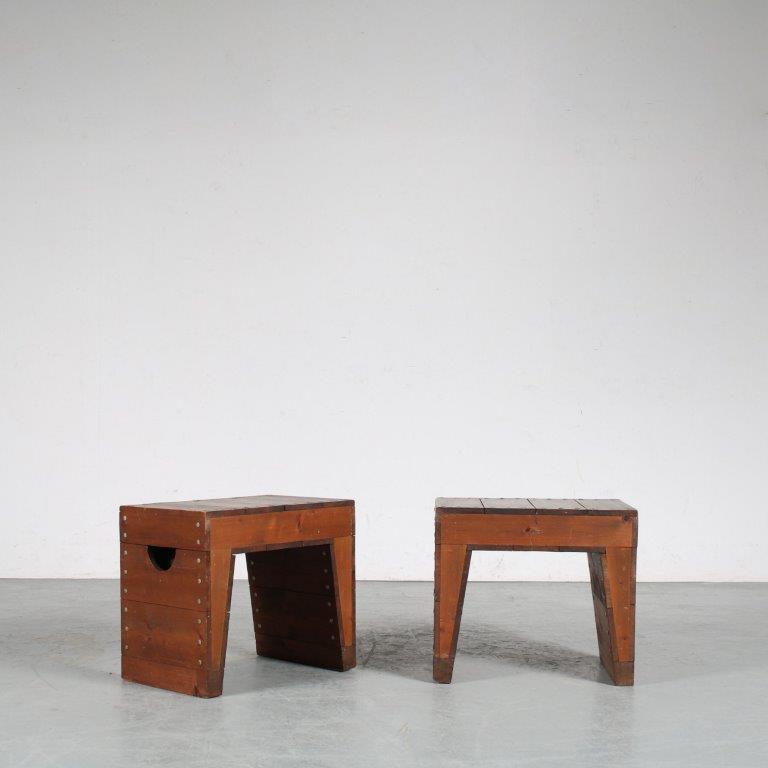 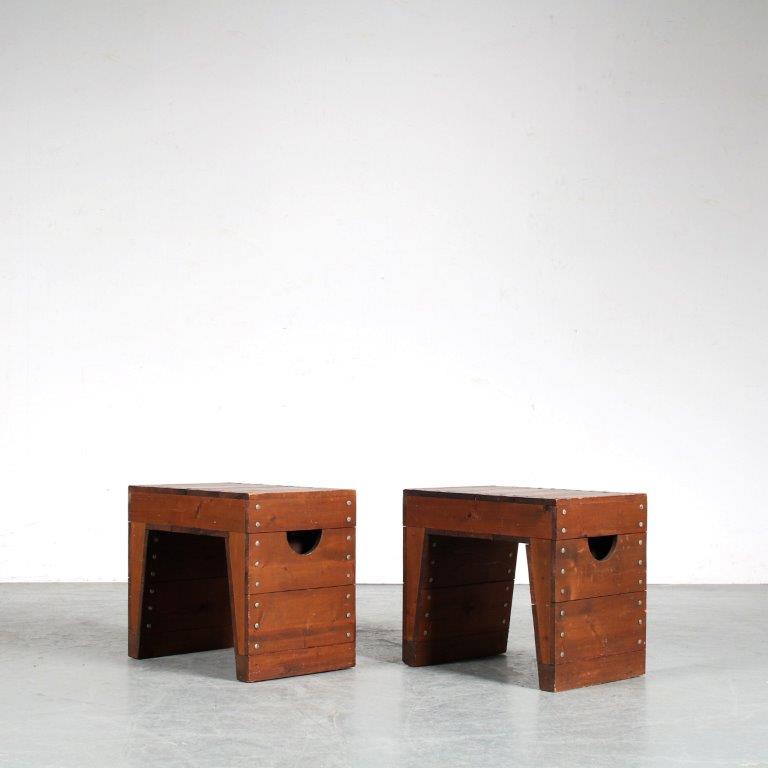 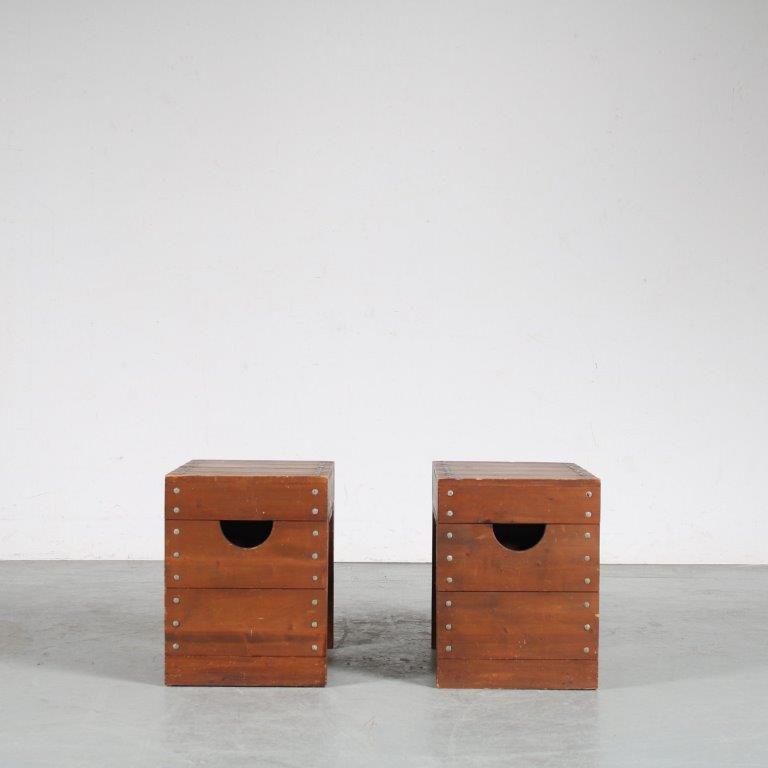 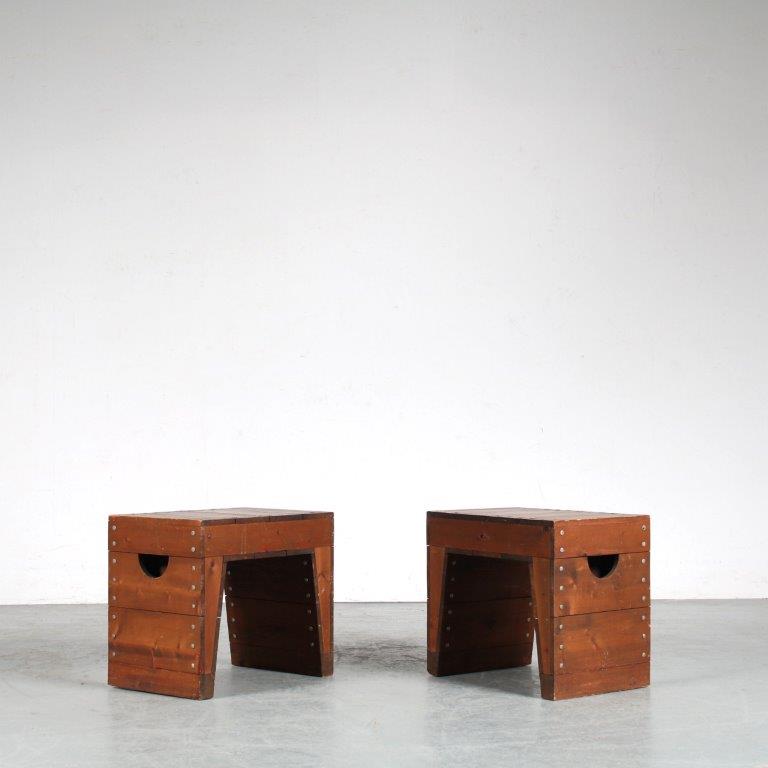 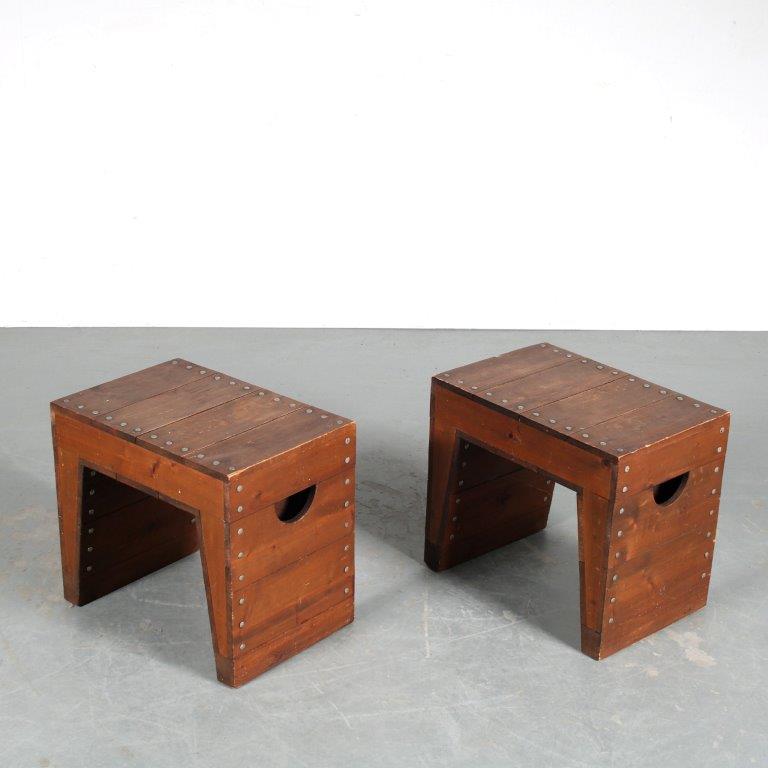 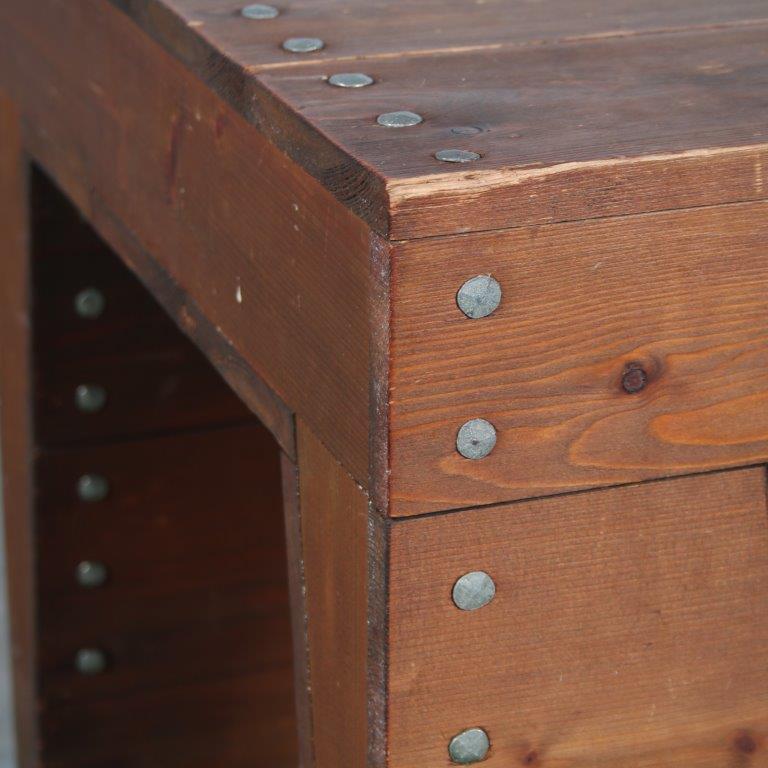 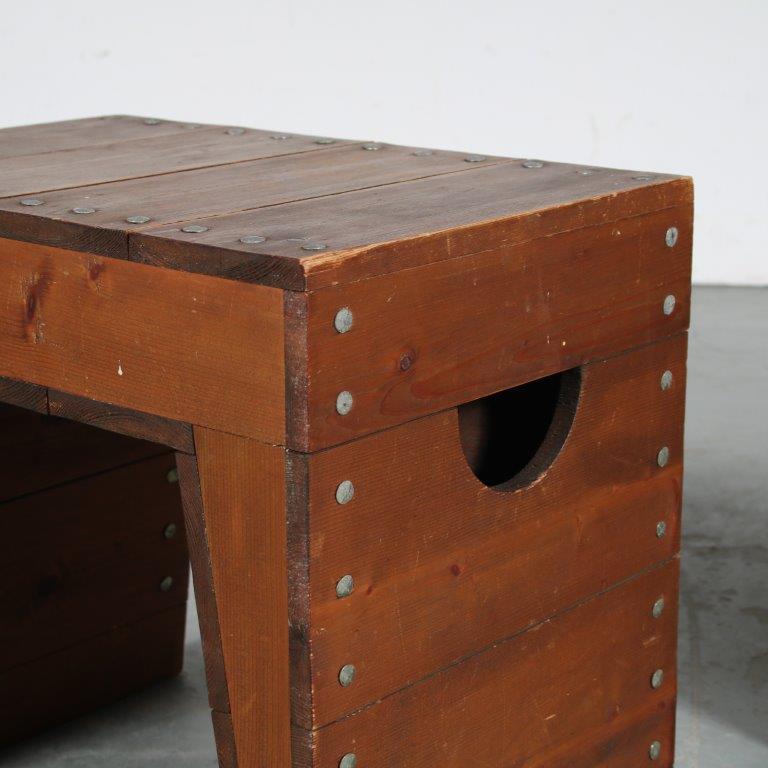 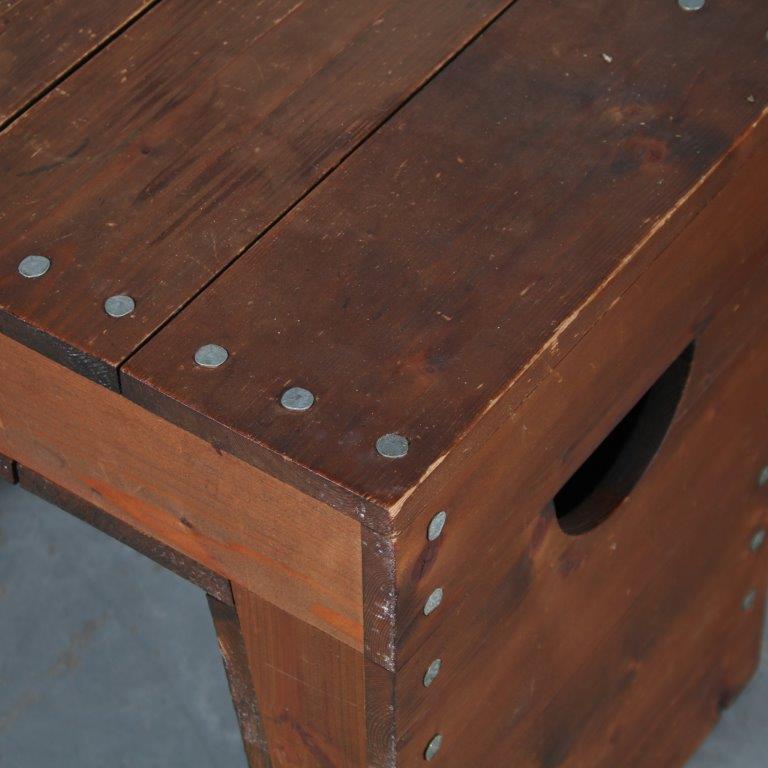 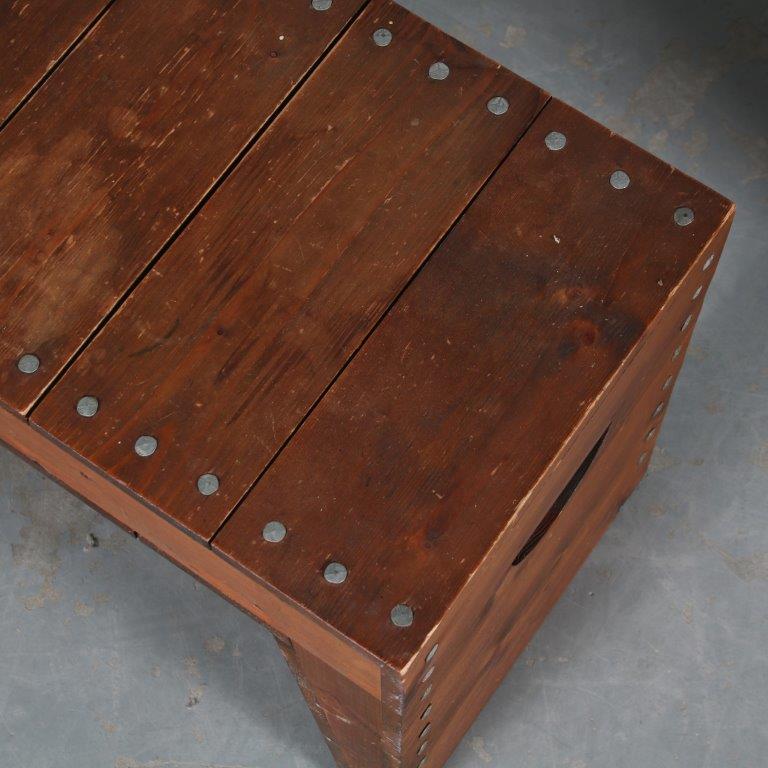 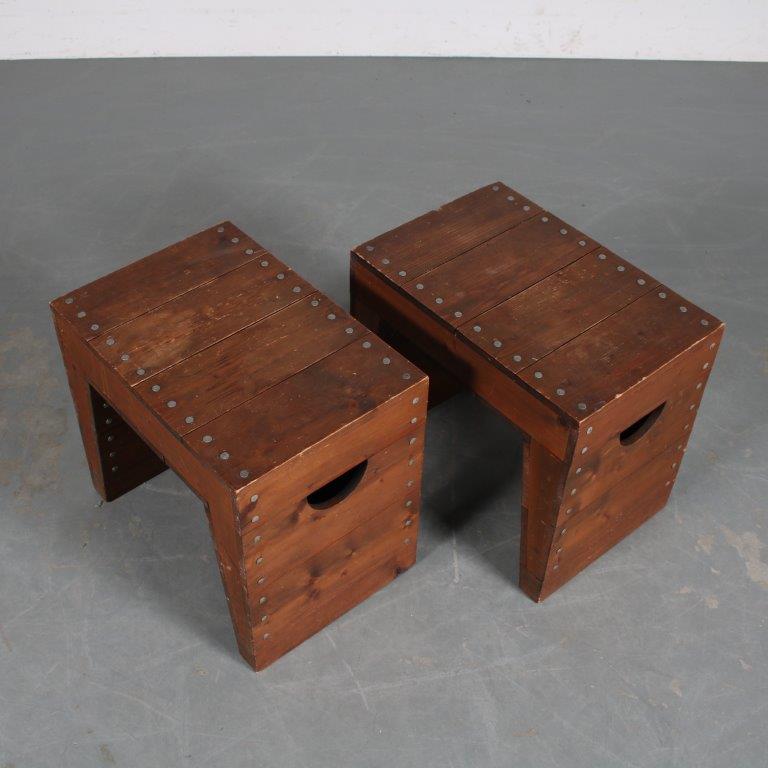 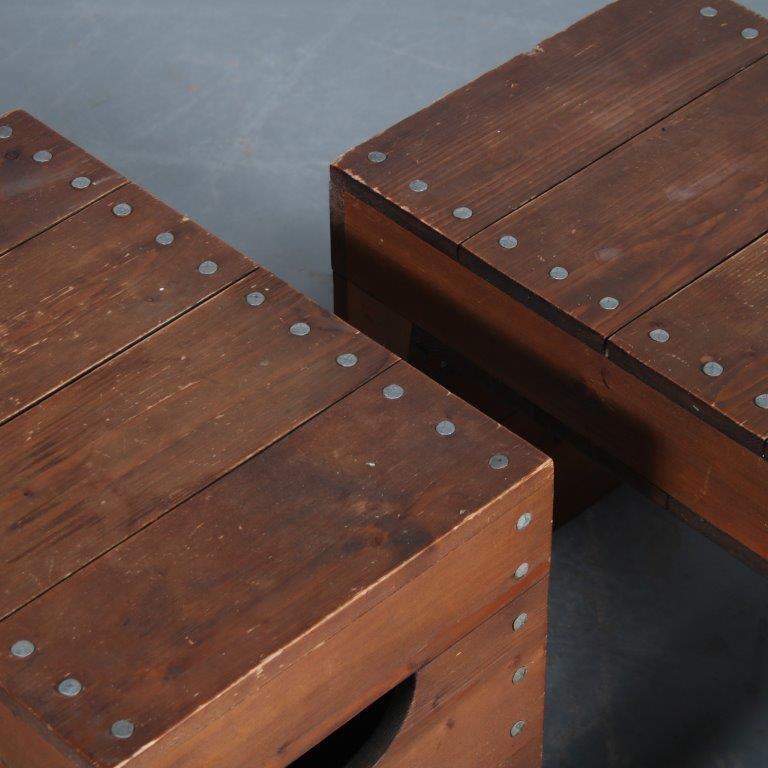 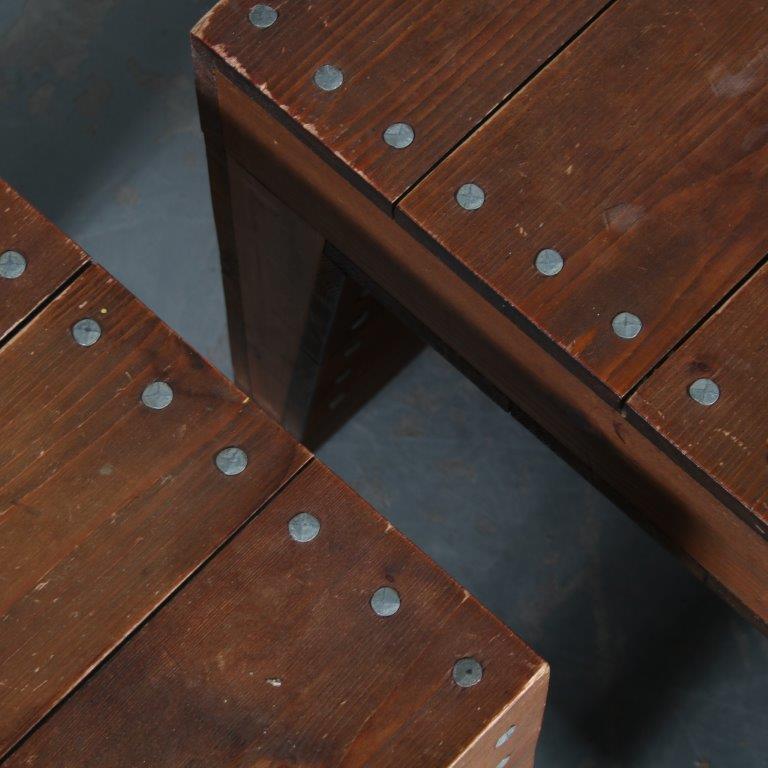 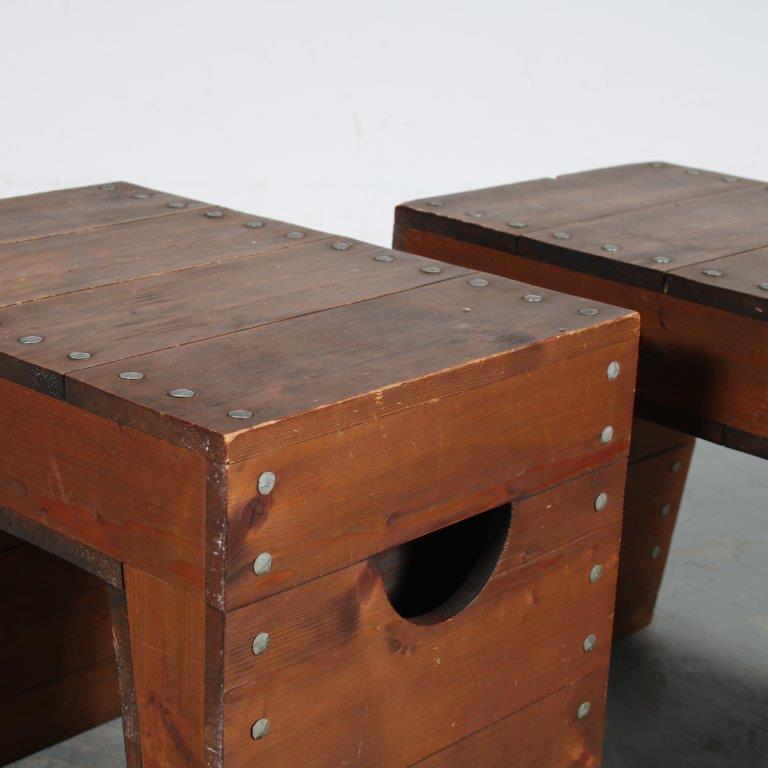 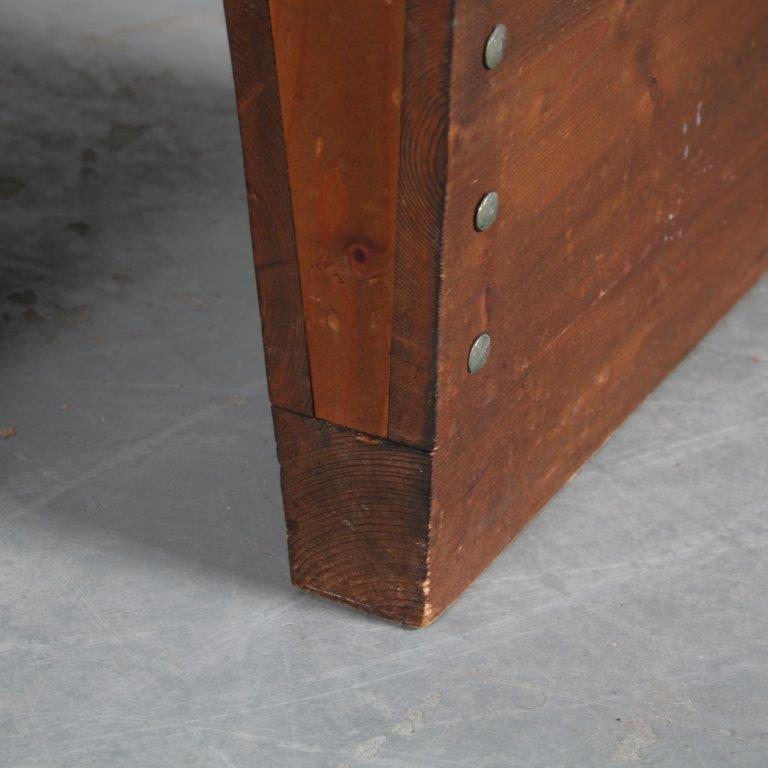 Price: € 7000 For the Pair / Curretly on hold for exhibition 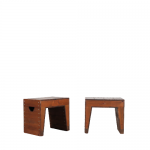 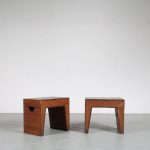 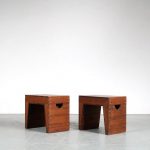 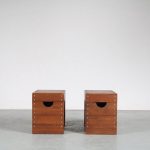 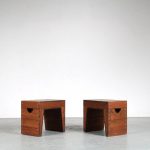 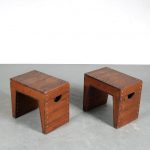 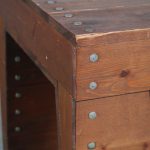 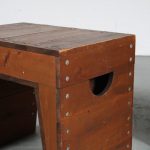 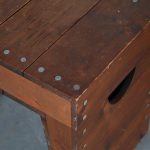 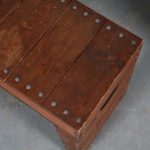 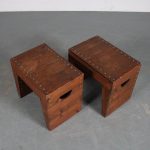 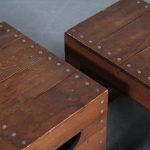 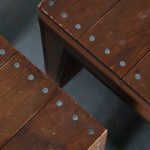 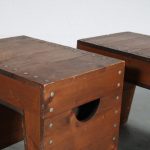 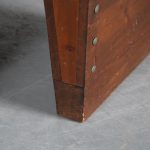 A pair of stools designed by Dom Hans van der Laan in the Netherlands in the 1970s.

The eye-catching, minimalist design makes these pieces some of the most beautiful examples of mid-century Dutch design. The stools are made of wood, crafted in a most recognizable “Bossche School” style. This quality set is a real find of (Dutch) design history! The wooden panels are connected by round nails, adding nicely to the appeal of the pieces. A wonderful set that will make a truly valuable addition to the decor, definitely drawing the attention of any design enthusiast.

The set remains in good original condition, with minor wear consistent with age and use, preserving a beautiful patina.