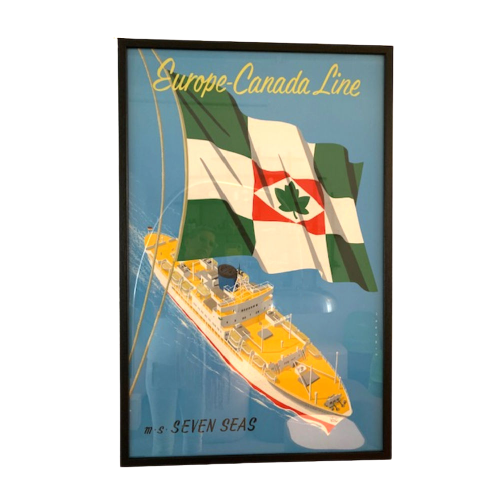 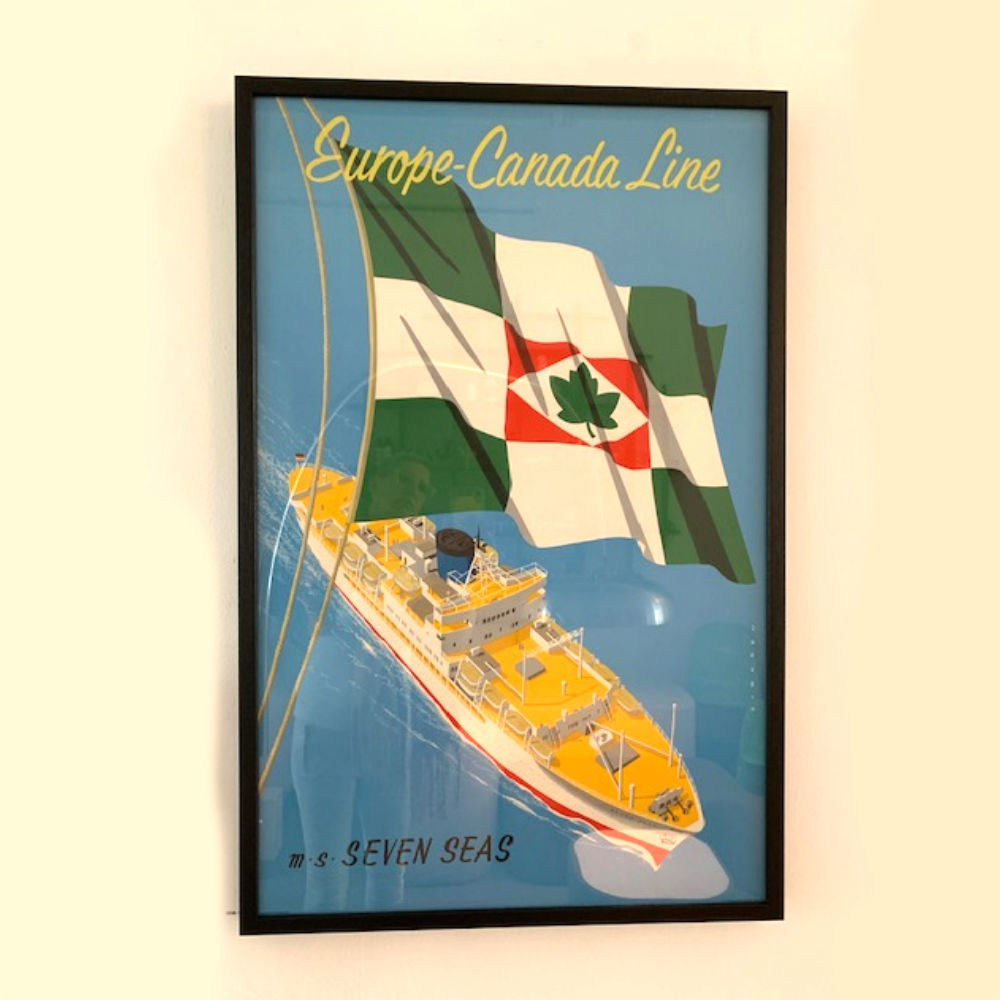 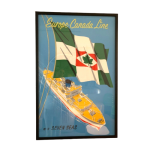 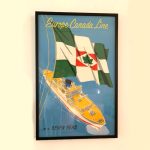 An authentic poster from the Europe-Canada Line, picturing the “M.S. Seven Seas” (the name is writting at the bottom of the poster).

The poster shows a large ship with a checkered flag in front of it with the Canadian flag’s maple leaf symbol in the center. The  M.S. Seven Seas was one of only two passenger vessels that sailed this line from 1955 to 1967. The colourful poster is a piece of modern history as well as a beautiful appealing addition to the decor!