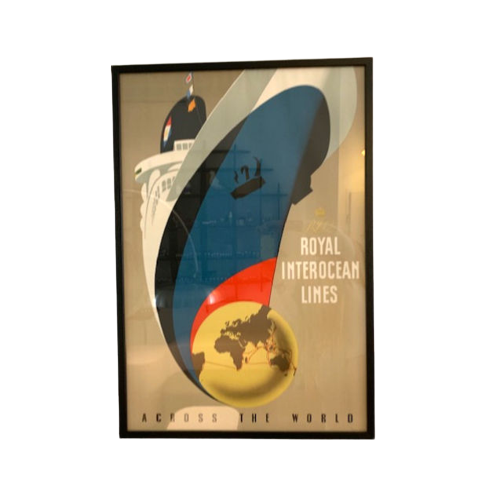 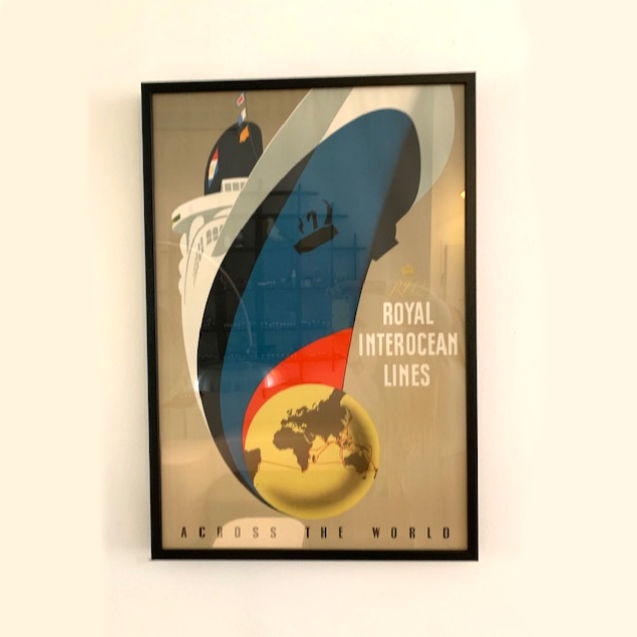 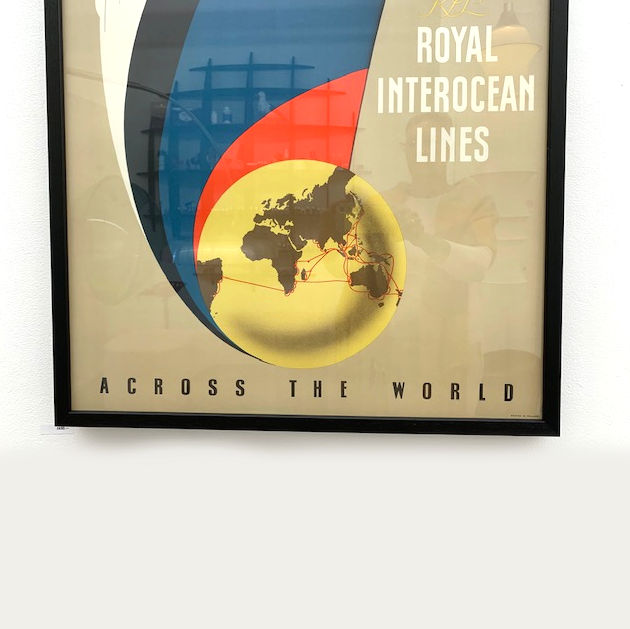 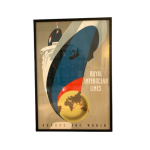 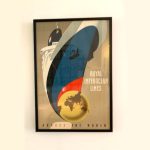 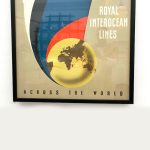 A poster for the Royal Interocean Lines, designed by Reyn Dirksen in the Netherlands around 1955.

The poster shows a large ship with a small globe, representing the global reach of the Royal Interocean ship. As it states underneath the image: “Across The World”. This is a highly recognizable design by famous Dutch artist Reyn Dirksen.