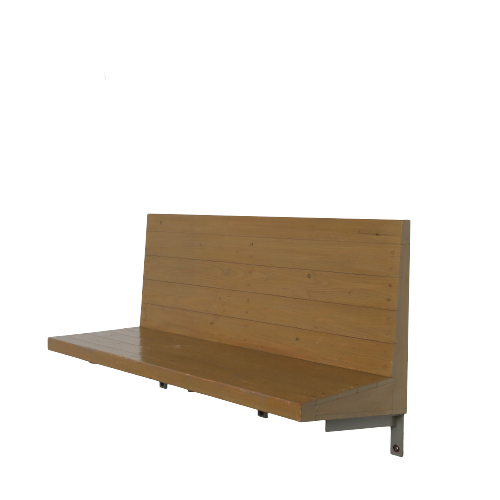 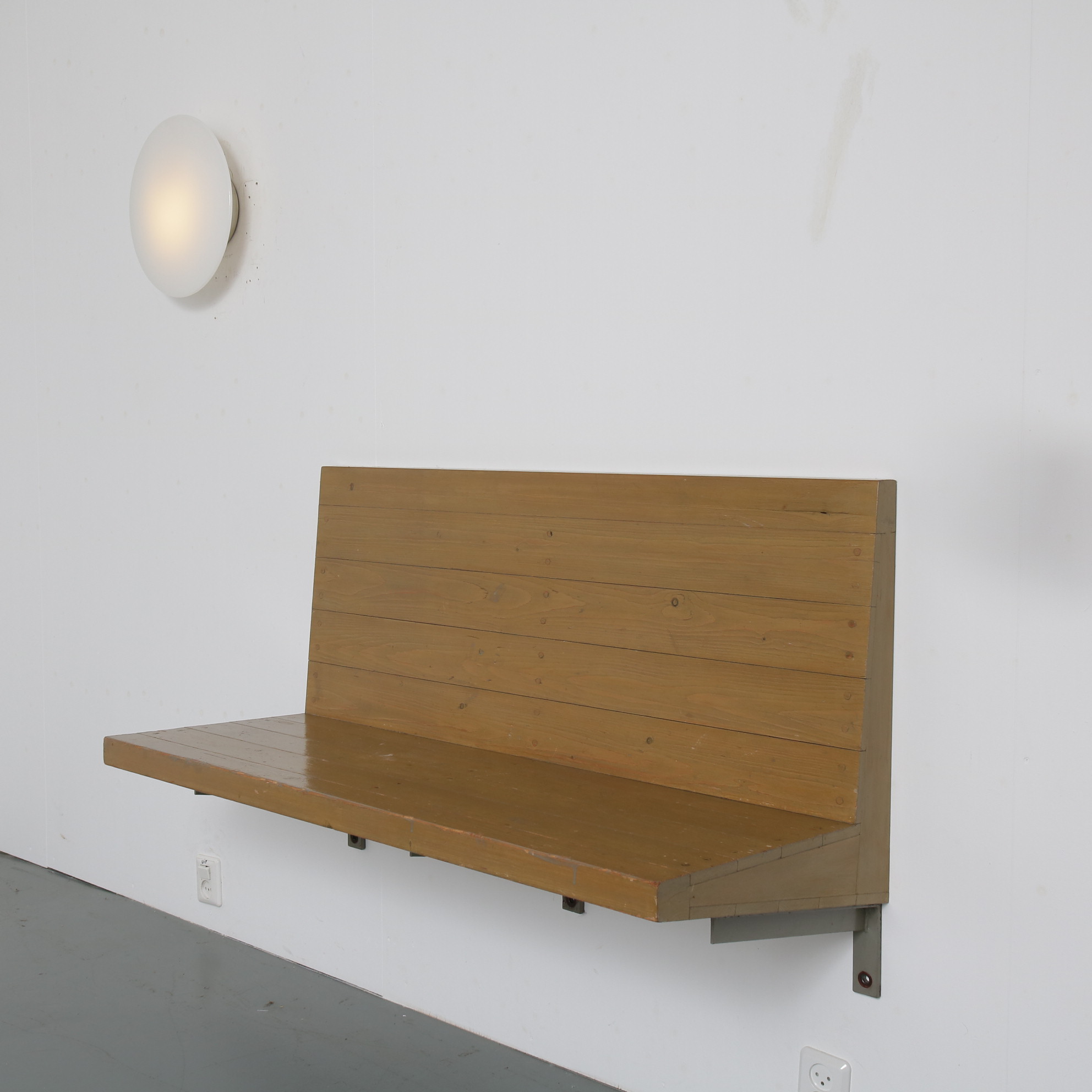 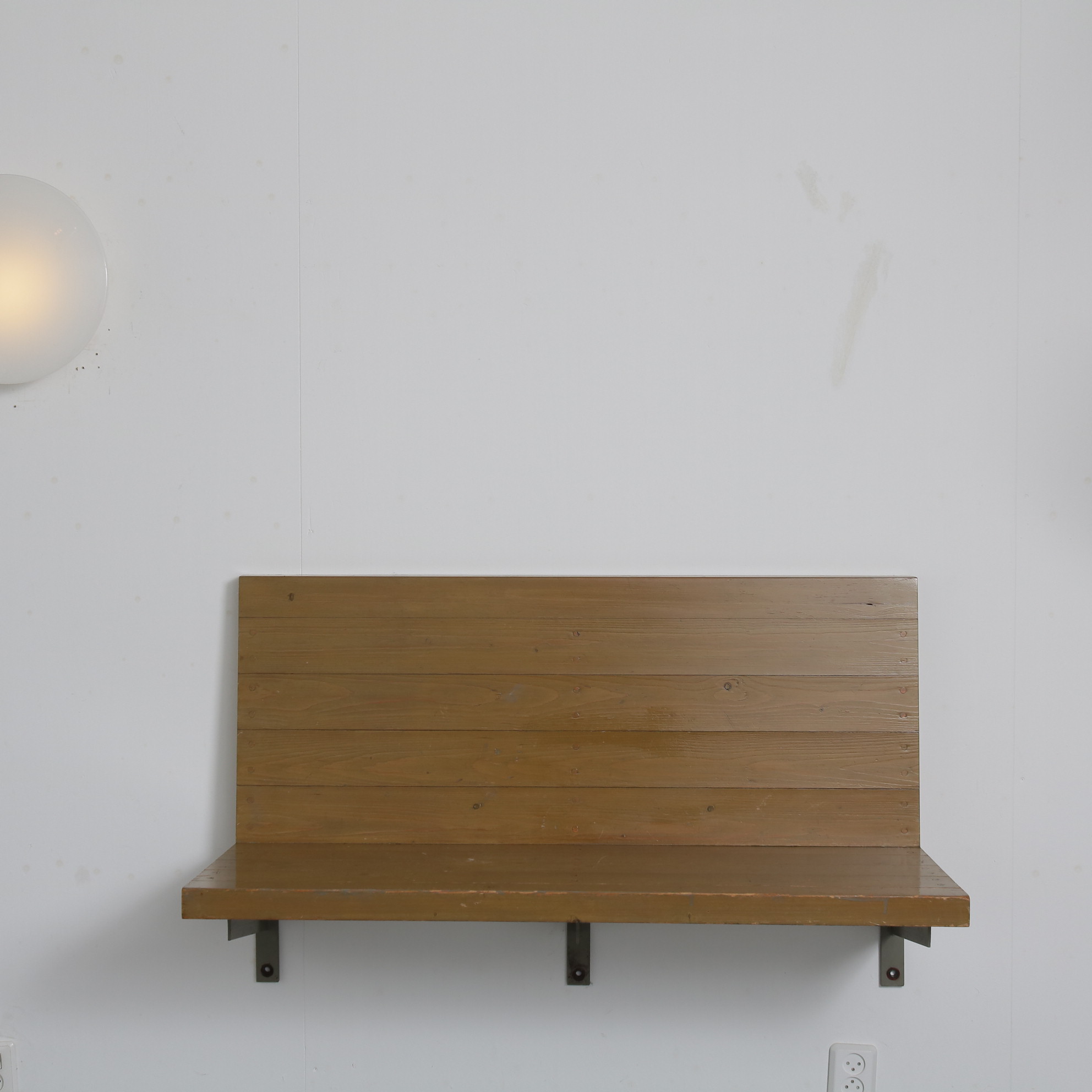 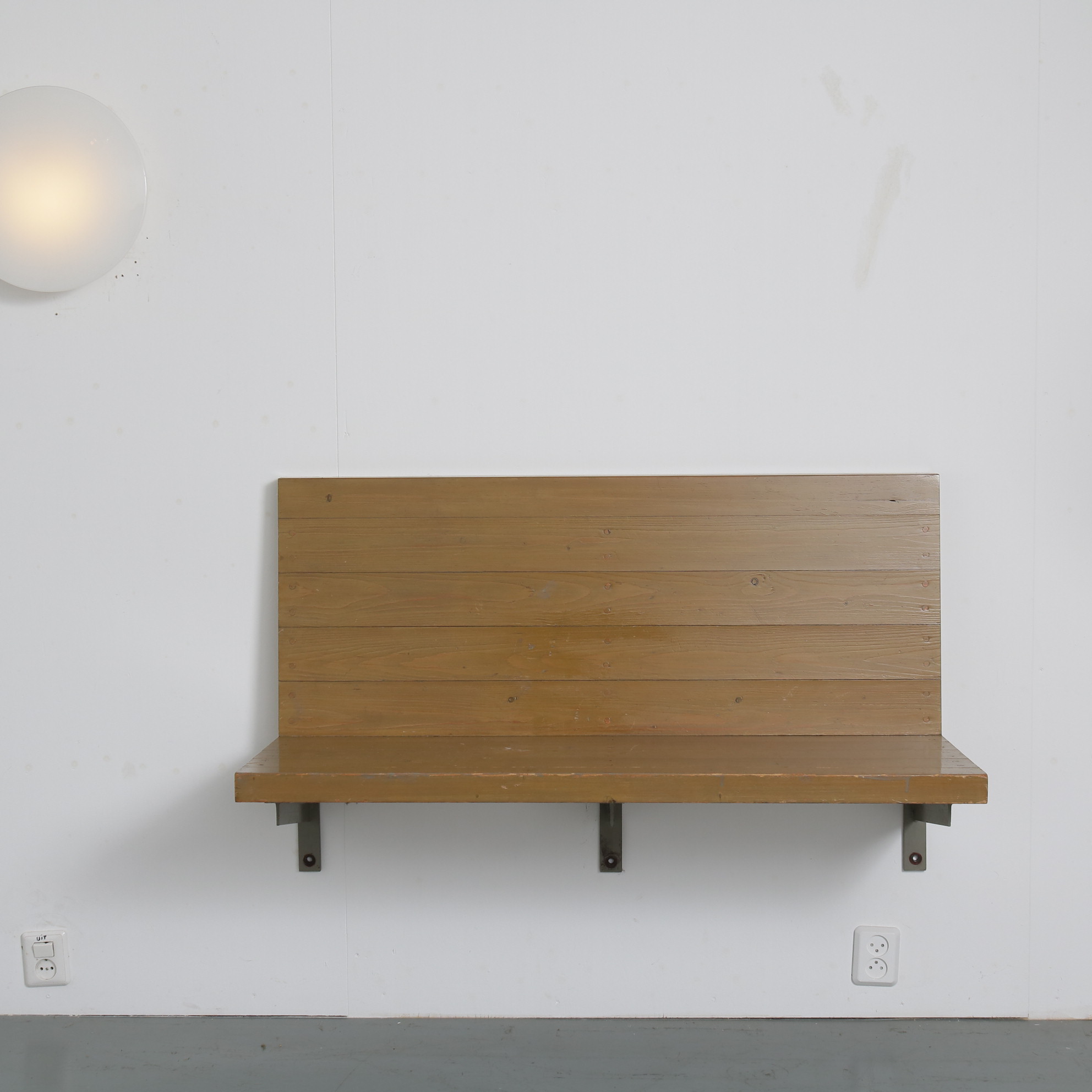 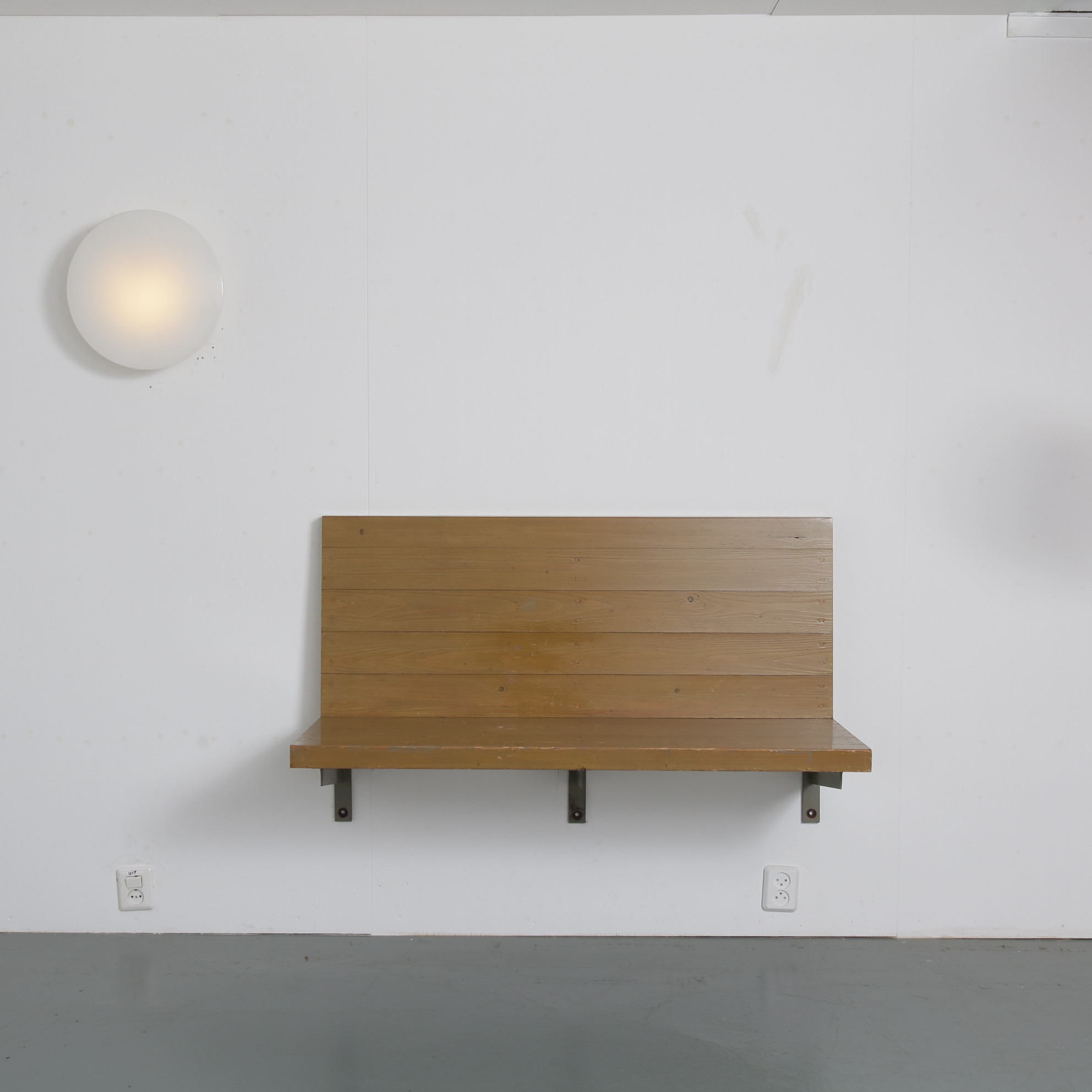 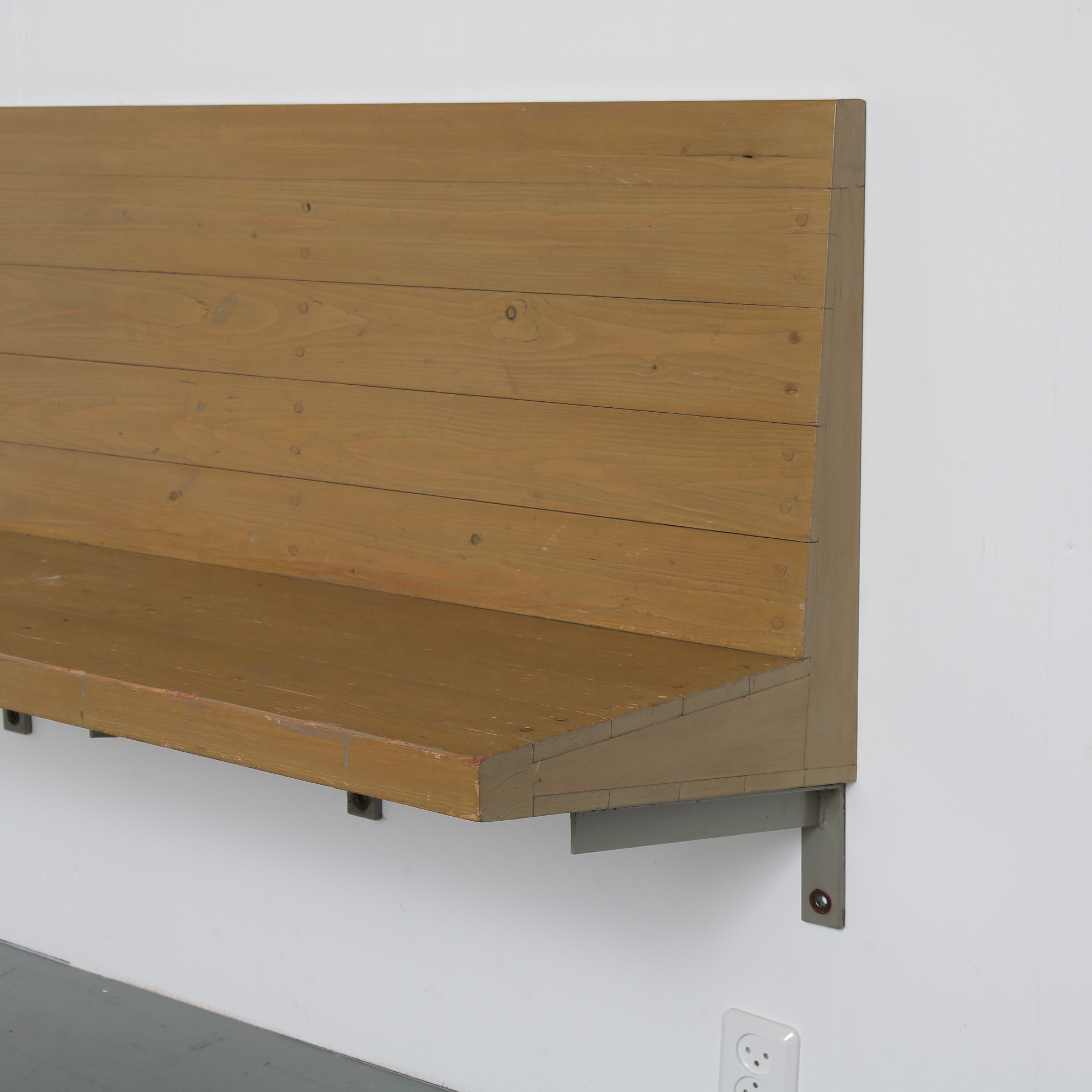 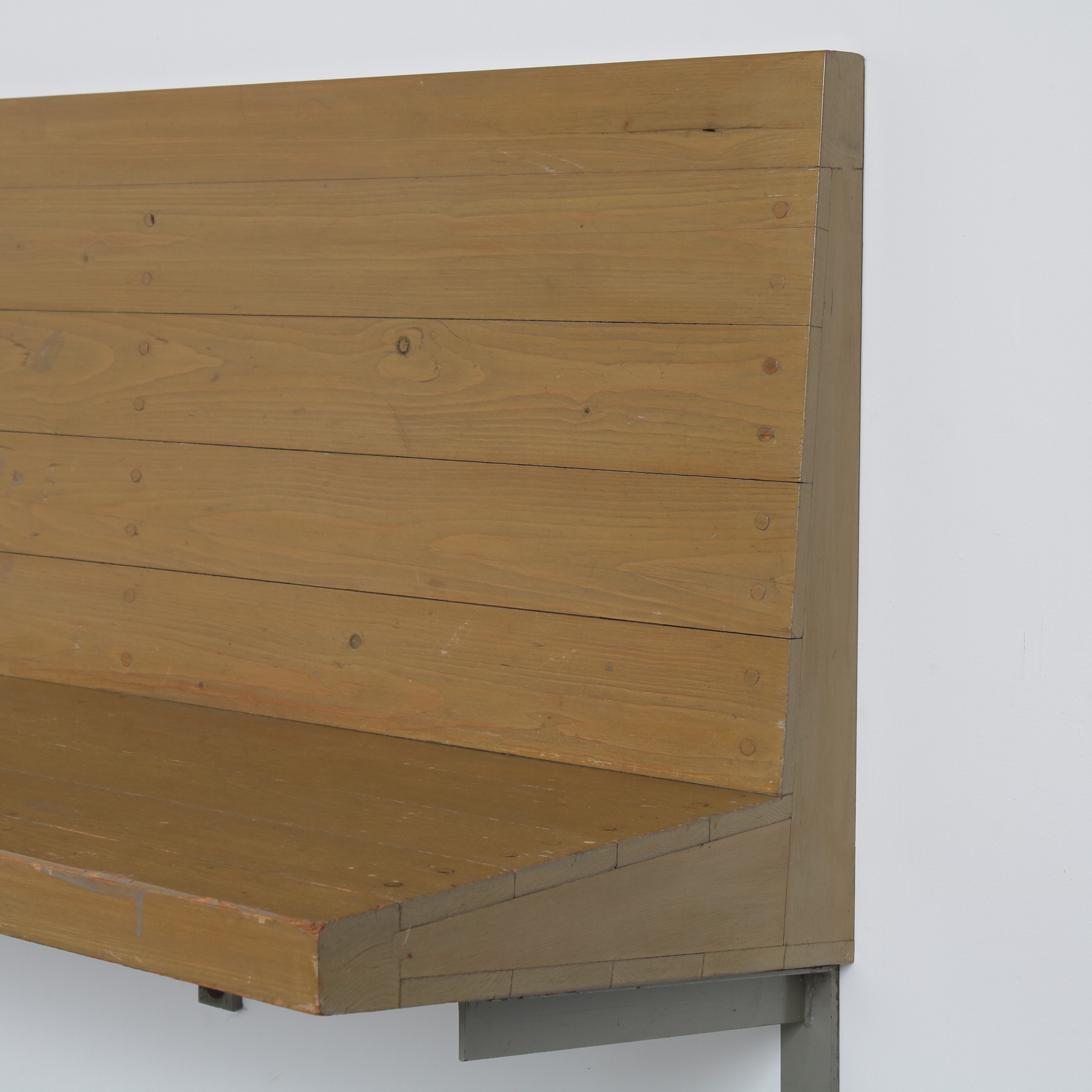 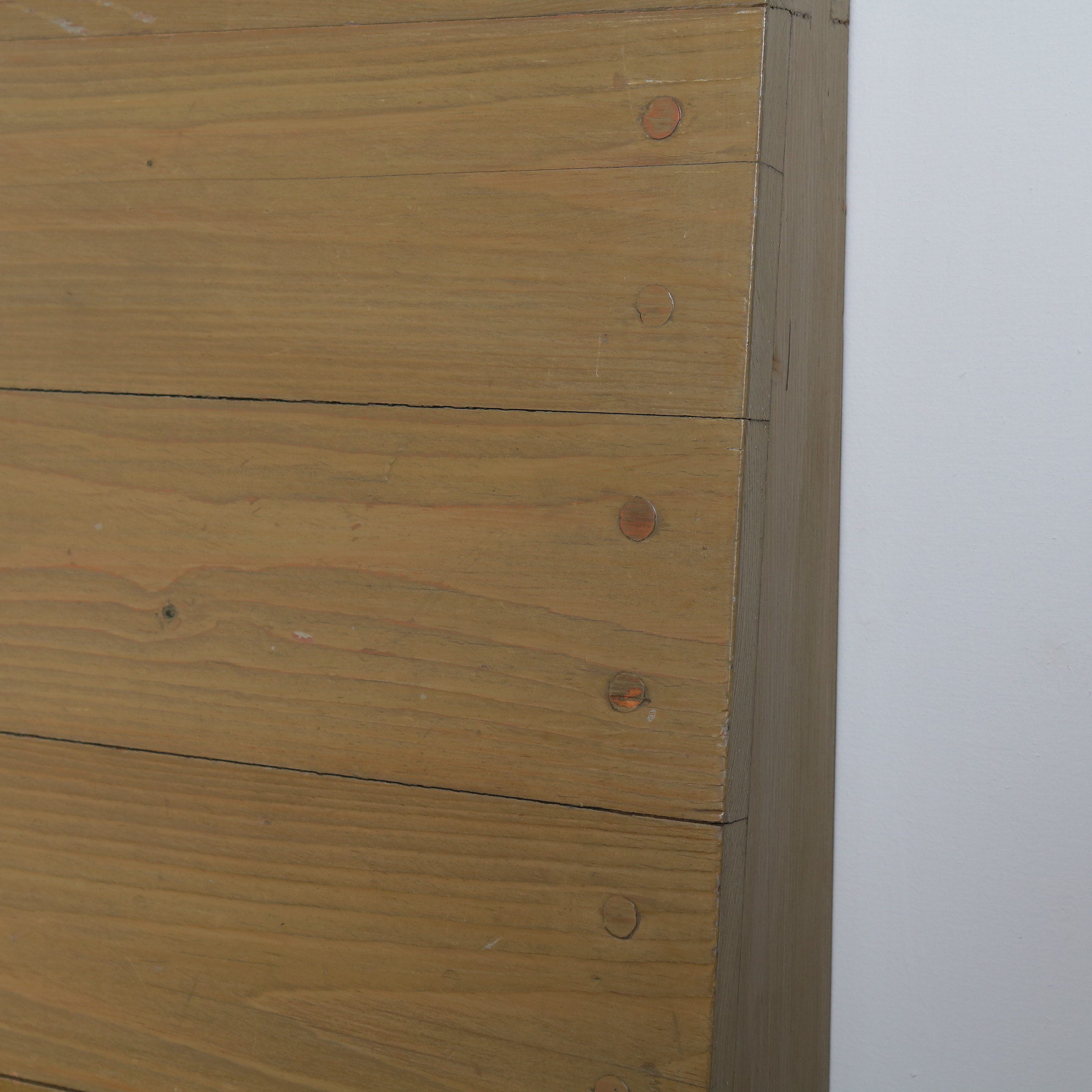 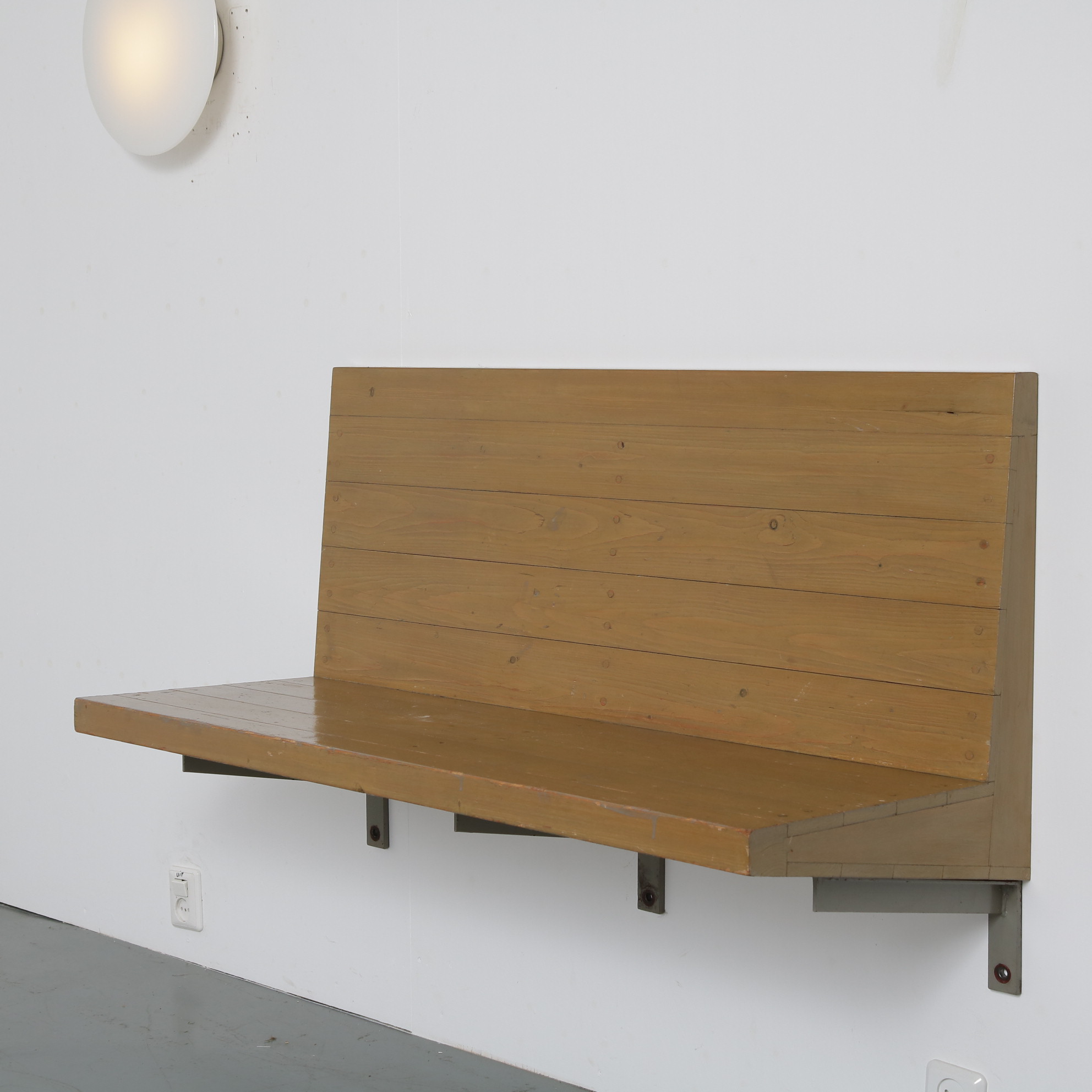 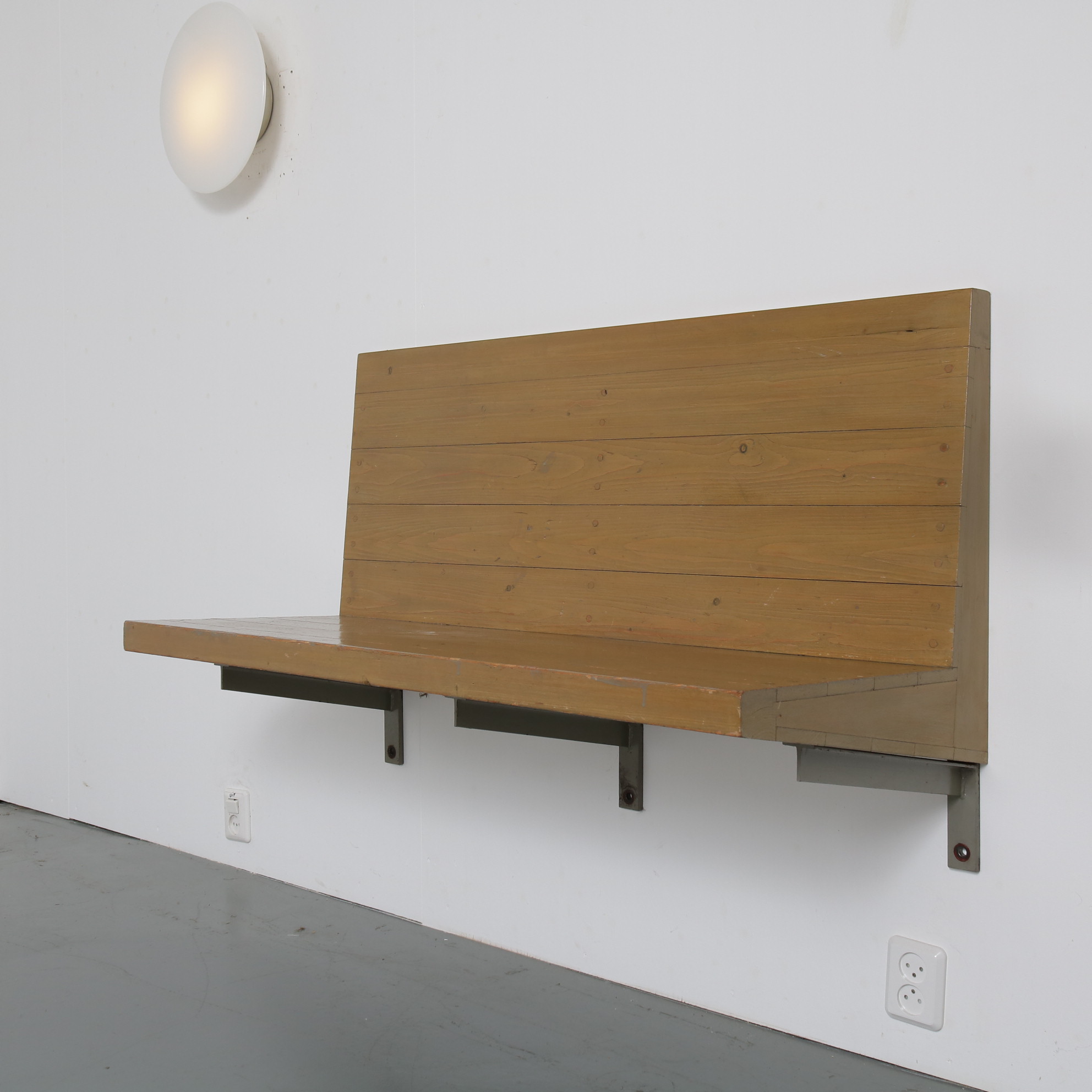 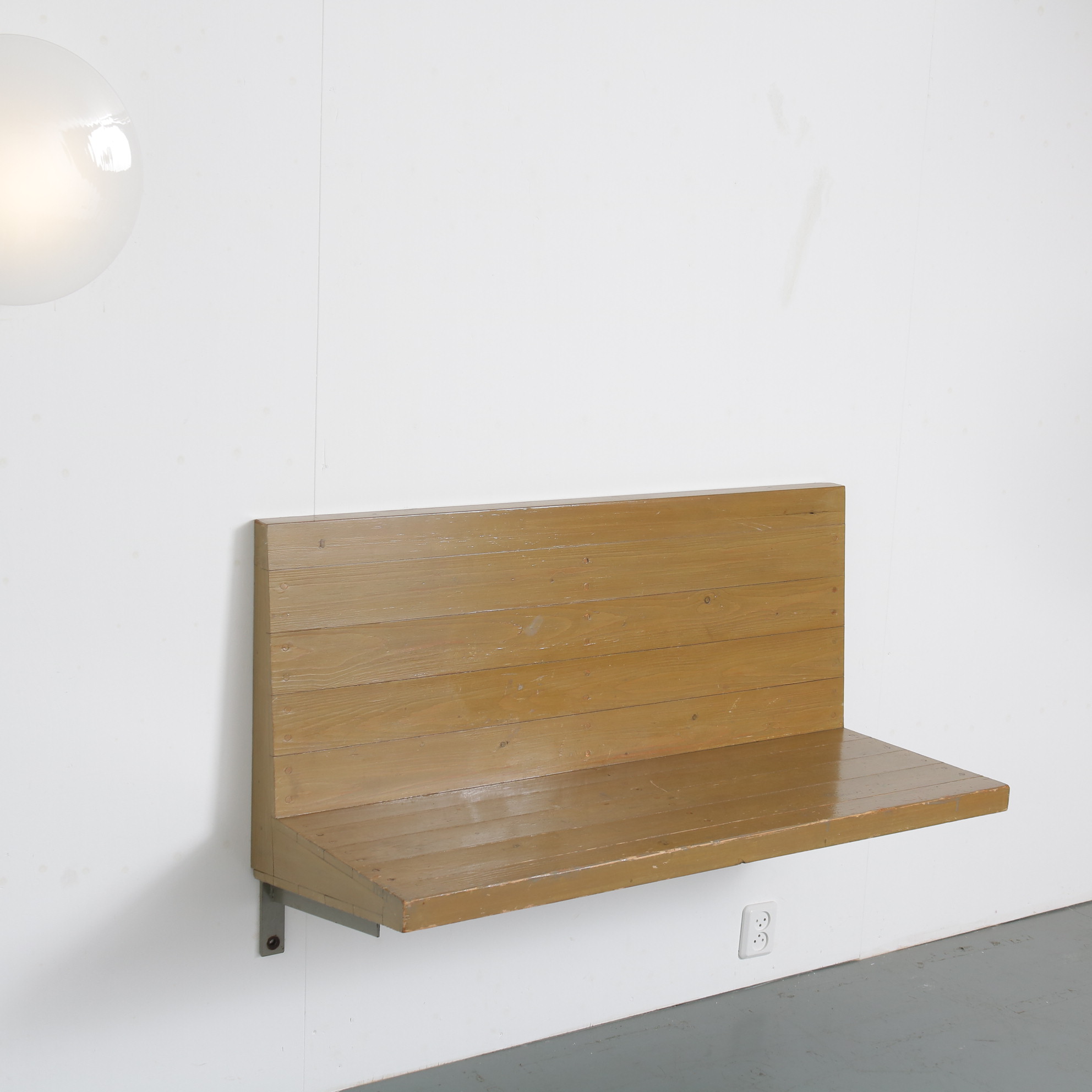 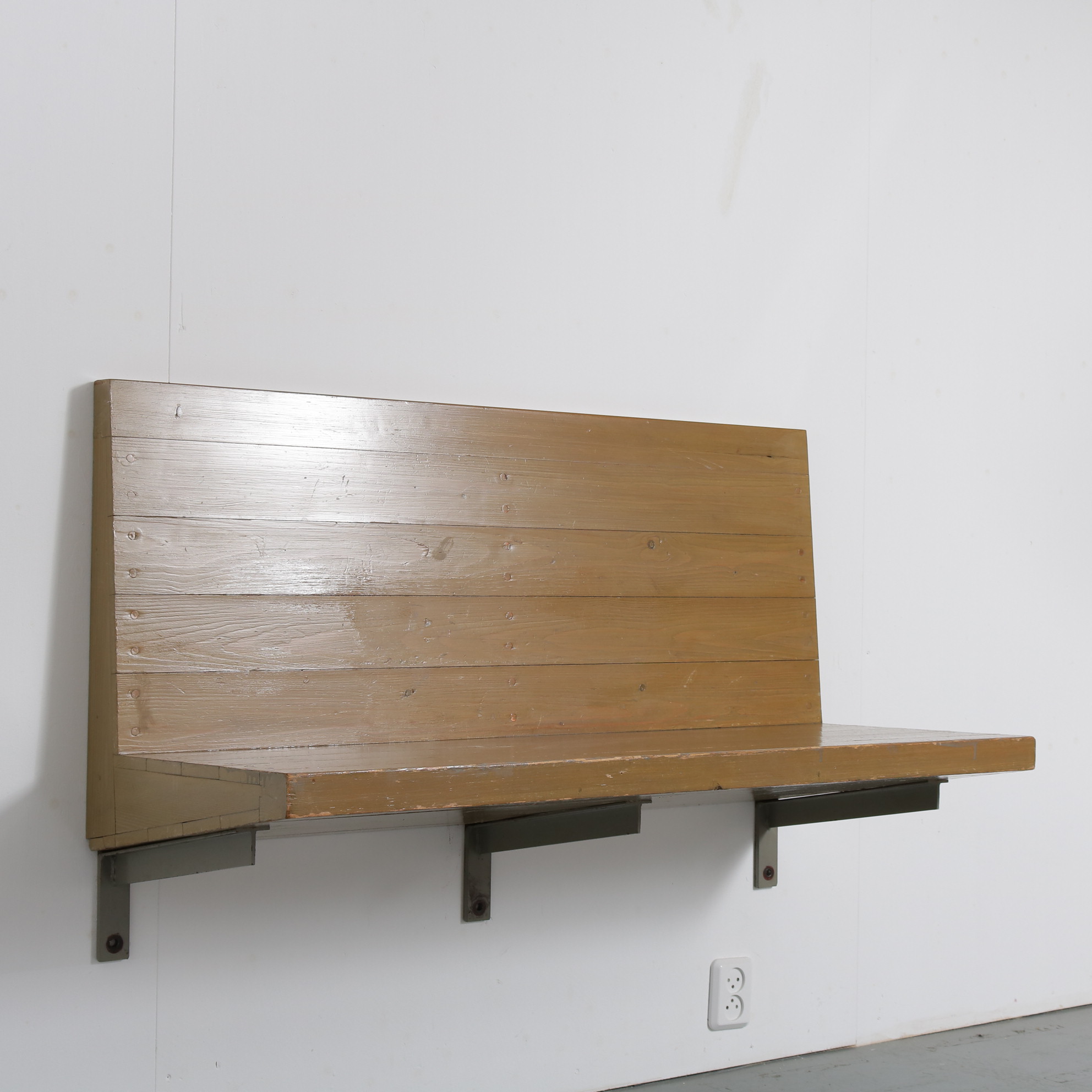 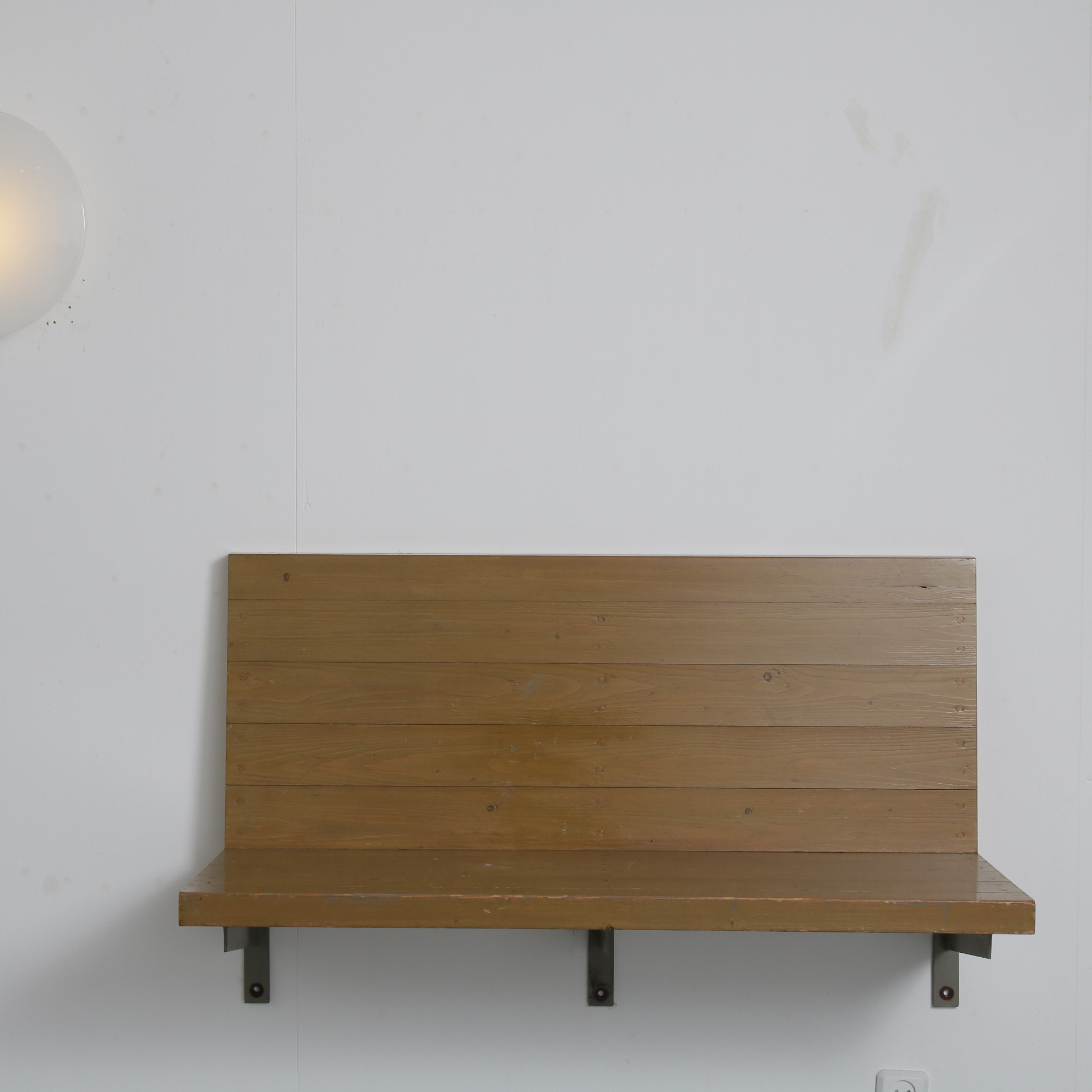 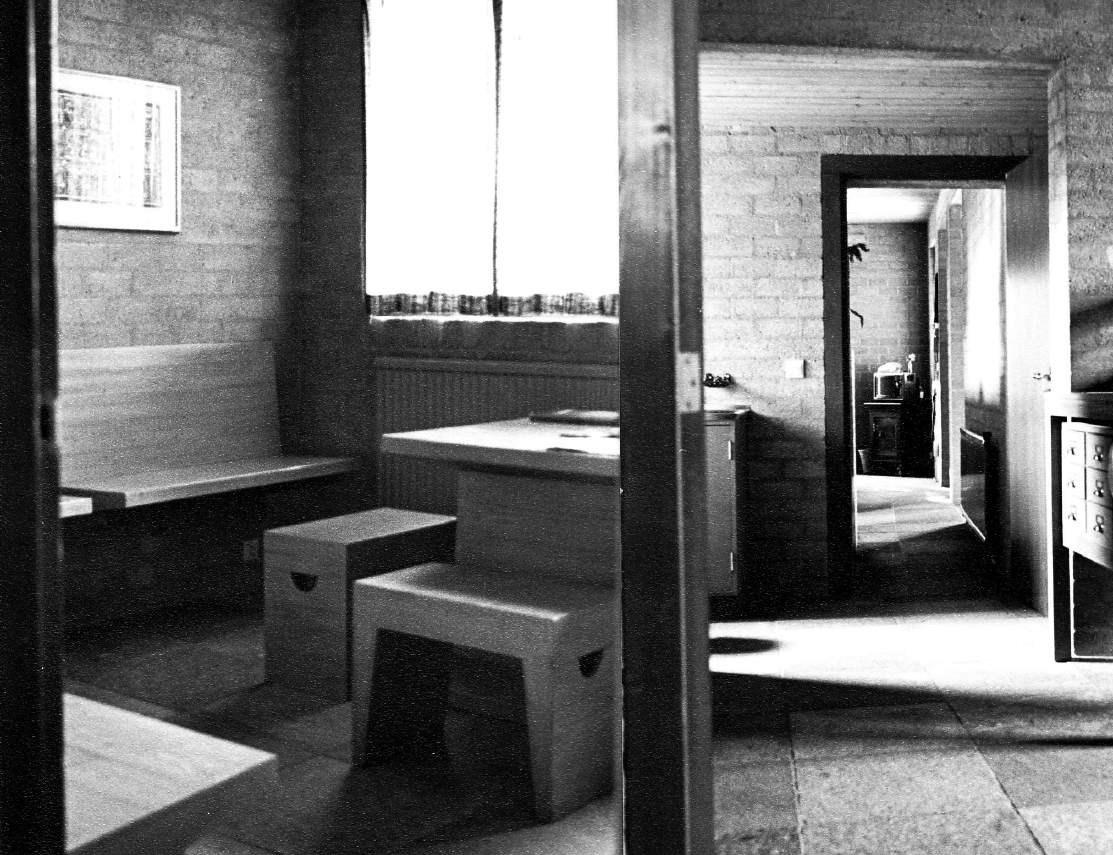 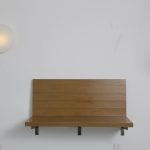 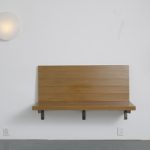 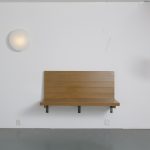 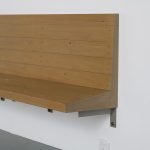 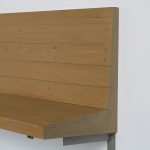 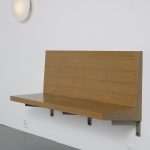 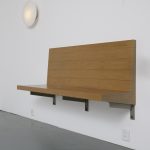 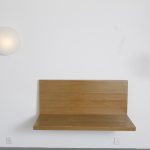 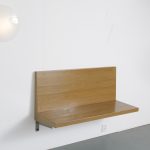 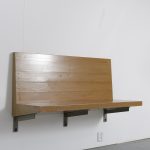 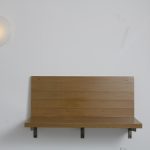 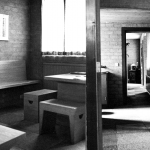 This iconic, wall mounted 2-seater bench was designed by Dom Hans van der Laan in the Netherlands in the 1970s.

It’s eye-catching, minimalist design is highly recognizable and one of the most beautiful examples of mid-century Dutch design. The seat is made of wood, it has a metal structure and copper nails. This quality seat is a true piece of (Dutch) design history!

It comes from a doctor’s practice in the Dutch town Sint-Michielsgestel. The building was designed in the Bossche School style by Vermeulen architect’s office in Veldhoven, the Netherlands. We have the original architect’s drawings available, as well as photos of the practice.